← Thursday Reads: An Illegitimate and Embattled “President”
Tuesday Reads: Breaking News and A Change of Pace →

Wednesday Reads: Headlines to Laugh at… 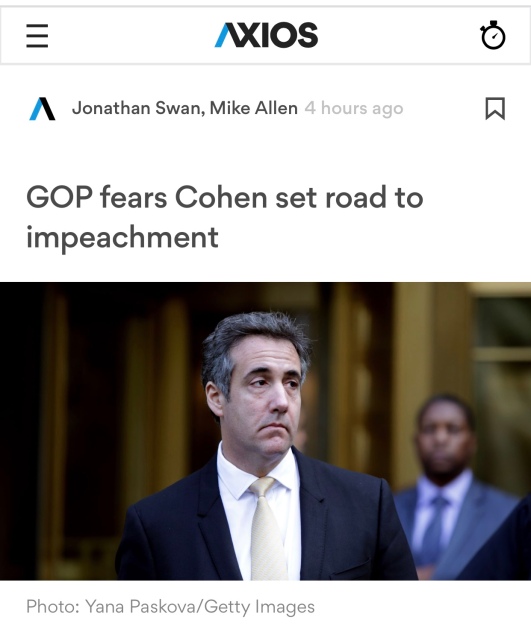 The GOP fear Cohen has “set road to impeachment” …are you fucking kidding me? That headline made me laugh like hell this morning. I don’t have a clue why it brought about so much hilarity. Maybe y’all have an idea?

The big picture: Cohen’s guilty plea (with the president identified as “Individual-1”) said Trump directed him to arrange hush money during the 2016 campaign to keep women from speaking out about affairs — so Cohen was accusing Trump of pushing him to commit a crime. Look for Cohen’s statement to form the basis of a 2019 impeachment attempt if Democrats win control of the House in November.

The plea by Cohen, paired in a split screen with the near-simultaneous conviction of Paul Manafort, is what Trump’s aides feared all along:

Trump friends say for the first time that they’re worried about the president:

Well, I’m not counting any chickens. 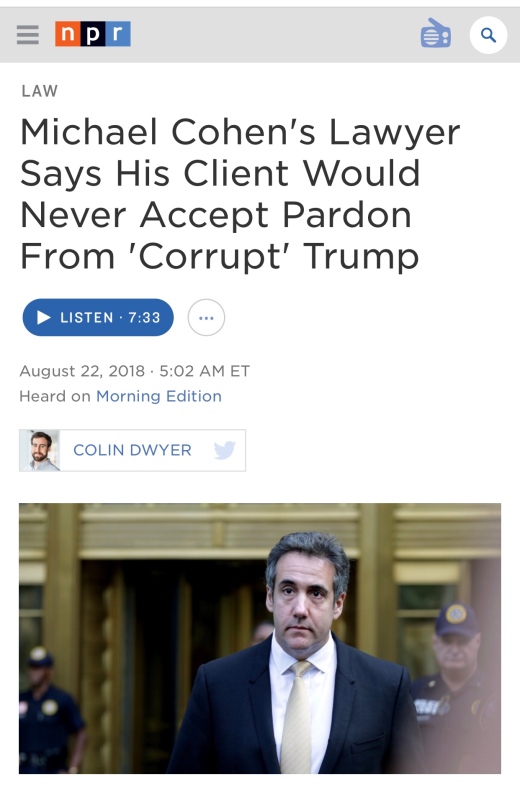 Bwahahahaaaaa!  Ok, how many of you think that tRump would ever, in a million years offer Cohen a pardon? 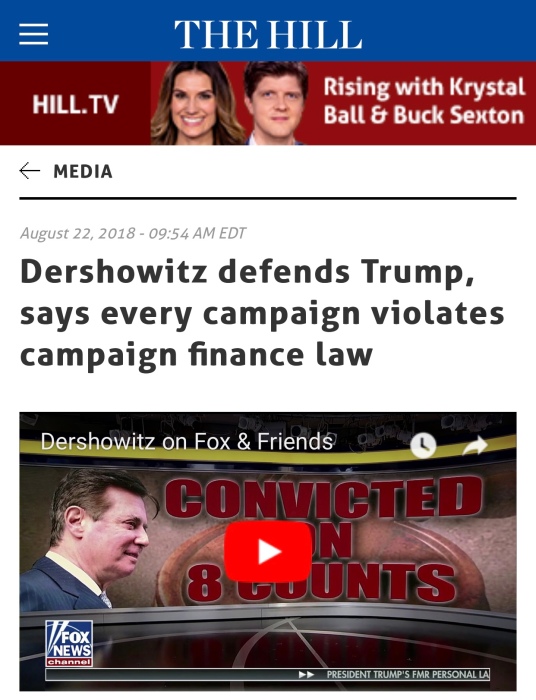 I got nothing to say about that headline…it speaks for itself.

One thought however, oooooh what the Russians must have on Dershowitz. 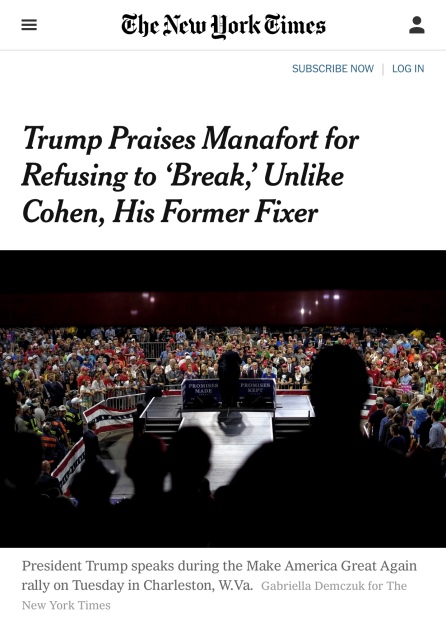 Trump Praises Manafort for Refusing to ‘Break,’ Unlike Cohen, His Former Fixer – The New York Times

Yeah, Manafort ain’t no rat like Cohen and John Dean.

Bringing this Tweet from yesterday’s comments section, now this headline is primo…first class:

Editor: "So, what is the most obscene angle we can possibly take on a genocidal civil war that's being funded by the West and ignored by the media?"

And now the cartoons:

This first one is from a cartoonist I never feature, because not only is he a avid tRump supporter, he is also a Jesus Freak…and his cartoons usually suck ass.

This is the first cartoon he has done, that slightly mocks the tRump administration. (At least the first one that I have seen.)

Manafort, GUILTY! Cohen, GUILTY! Flynn, Guilty! Gates, Guilty! What’s happening to All the Best People? “Ladies and Gentlemen! Children of all ages! Can the Great Spewdini spew enough lies to escape the straight-jacket of his un-Presidented criminality?” pic.twitter.com/qLiaEDfsuA

This is an open thread, I will end with a video clip from the film Goodfellas…the scene is when Tommy shoots Spider dead. One of his reasons…he comes from a family of rats, he would have grown up to be a rat…

23 Comments on “Wednesday Reads: Headlines to Laugh at…”