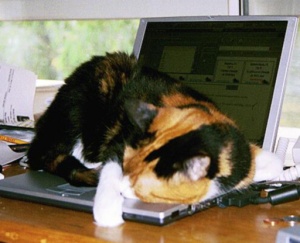 Southern California has been hit with a “5.1 magnitude earthquake” and “more than 100 aftershocks,” causing “relatively minor damage” according to the LA Times:

Most of the aftershocks have been small, but some were strong enough to be felt in the areas around the epicenter in northwestern Orange County…. Fullerton police said early Saturday that as many as 50 people had been displaced by the quake. Several buildings are being investigated for possible structural damage, including some apartment buildings. The quake, centered near La Habra, caused furniture to tumble, pictures to fall off walls and glass to break. Merchandise fell off store shelves, and there were reports of shattered plate glass windows. Residents across Orange and Los Angeles counties and the Inland Empire reported swinging chandeliers, fireplaces dislodging from walls and lots of rattled nerves.

The quake also caused a rock slide that damaged a car as well as numerous water main breaks.

Third-grade teacher Barbara Castillo and her 7-year-old son had just calmed their nerves after an earlier 3.6 temblor and sat down in their La Habra home when their dogs started barking and the second, larger quake struck, causing cabinet doors to swing open, objects to fall off shelves and lights to flicker. “It just would not stop, it was like an eternity,” said Castillo, an 18-year La Habra resident.

with various objects being reported by searchers, but this latest report from CNN is just nuts, Malaysia official: Maybe, just maybe, they’re alive.

Earlier this week, loved ones of those aboard missing Malaysia Airlines Flight 370 heard this: “All lives are lost.”

But Saturday, a Malaysian official met with relatives and then told reporters he had not closed the door on the possibility that survivors may exist among the 239 people aboard the Boeing 777-200 ER that went missing March 8.

“Even hoping against hope, no matter how remote, of course we are praying and we will continue our search for the possible survivors,” said Hishammuddin Hussein, Malaysia’s acting transportation minister.

“More than that, I told the families I cannot give them false hope. The best we can do is pray and that we must be sensitive to them that, as long as there is even a remote chance of a survivor, we will pray and do whatever it takes.”

How cruel can you get? In China relatives were alleging some kind of conspiracy.

“They’re all still alive, my son and everyone on board!” yelled Wen Wancheng, 63, whose only son was among the passengers. “The plane is still there too! They’re hiding it.”

He held aloft a banner that read: “Son, mom and dad’s hearts are torn to pieces. Come home soon!”

I can’t even begin to imagine the torture those people are going through. To give them false hope is incredibly irresponsible.

Please don’t skip over this brief but must-read piece on the ongoing scandal involving the US nuclear arsenal.

Nine Air Force officers were fired Thursday and dozens more disciplined for their roles in a cheating scandal involving airmen in charge of the nuclear weapons arsenal. But one source familiar with the Air Force program told The Daily Beast that the punishments handed out were more show than substance, and that problems in the nuclear program go far deeper than what has been addressed so far. According to a retired senior Air Force officer familiar with the Global Strike Command (the headquarters responsible for the Air Force nuclear arsenal), who spoke with The Daily Beast on the condition of anonymity, the punishments issued yesterday at the 341st Missile Wing at Malmstrom Air Force Base in Montana were a good show, but wouldn’t affect much substantive reform. “This issue needs leadership,” he said. “You’ve had two stars and three stars [general officers] running the reorganized nuclear enterprise of the U.S. Air Force who have been unable to raise morale, transform the culture and forestall this very type of thing.”

Read the rest at the link. I can’t understand why this scandal isn’t getting more attention. We’re talking about the people who are responsible for our nuclear weapons!

I have several articles on the ongoing crisis in Ukraine.

There have been reports in the past few days that Russian troops are gathering on the Ukraine border and medical and food stations are being set up. From The Wall Street Journal: Russian Buildup Stokes Worries; Pentagon Alarmed as Troops Mass Near Ukraine Border.

Russian troops massing near Ukraine are actively concealing their positions and establishing supply lines that could be used in a prolonged deployment, ratcheting up concerns that Moscow is preparing for another major incursion and not conducting exercises as it claims, U.S. officials said. Such an incursion could take place without warning because Russia has already deployed the array of military forces needed for such an operation, say officials briefed on the latest U.S. intelligence. (Follow the latest developments on the crisis in Ukraine.) The rapid speed of the Russian military buildup and efforts to camouflage the forces and equipment have stoked U.S. fears, in part because American intelligence agencies have struggled to assess Russian President Vladimir Putin‘s specific intentions. The troop movements and the concealment—involving covering up equipment along the border—suggest Mr. Putin is positioning forces in the event he decides to quickly expand his takeover of the Crimea peninsula by seizing more Ukrainian territory, despite Western threats of tighter sanctions.

On the other hand, Russian officials are publicly denying any plans to invade Ukraine and Russian President Vladimir Putin called President Obama yesterday, supposedly to discuss diplomatic options. But can Putin be trusted? What would an invasion of Ukraine look like? Although, he suspects it won’t happen, Mark Galeotti at Business Insider provides an answer to that question.

In brief, the aim would be a blitzkrieg that, before Ukraine has the chance properly to muster its forces and, perhaps more to the point, the West can meaningfully react, allows the Russians to draw a new front line and assert their own ground truth, much as happened in Crimea (though this would be much more bloody and contested). This would not be a bid to conquer the whole country (the real question is whether they’d seek to push as far as Odessa, taking more risks and extending their supply lines, but also essentially depriving Ukraine of a coastline) but instead quickly to take those areas where there are potentially supportive local political elites and Russophone populations, and consequently pretexts (however flimsy) to portray invasion as ‘liberation.’

He goes on to explain in further detail, and it’s well worth reading. Here a few longer think pieces on Obama’s and Putin’s goals in the Ukraine crisis. Check them out if you have the time and inclination. Fareed Zakaria: Obama’s 21st-century power politics Mosaic: It’s Not Just Ukraine The Guardian: How Vladimir Putin’s actions in Crimea changed the world 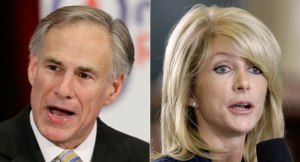 Texas gubernatorial candidate and Attorney General Greg Abbott (R) faces continued tough scrutiny over his campaign’s position against equal pay for women. His campaign has twice justified the gender wage gap and implied he would veto an equal pay bill that makes it easier for women to sue. Instead of addressing the criticism directly, Abbott has chosen to fire back accusations that Wendy Davis, his opponent in the gubernatorial race, is “defending gender discrimination.” Over the last week, the Abbott campaign has posted Facebook ads that call Davis a hypocrite on the gender wage gap, linking to a petition on his site that describes a client Davis once reportedly defended:

Sen. Wendy Davis continues to launch attacks over equal pay while shielding her own record of defending gender discrimination. And while on the Fort Worth City Council, Sen. Davis approved funds to defend a former city employee with a “legs and lipstick” policy.

Here, Abbott is referring to a routine vote Davis cast as a city council member that granted legal counsel funds to a Fort Worth employer sued for harassment and discrimination.

Why on earth would anyone vote for this man? The media has been taking note of the sexist attacks on Chris Christie’s former aide Bridget Kelley. Amy Davidson has a summary at The New Yorker: Chris Christie, Surrounded by Emotional Liars? Check it out if you can. This might be a good sign for better reporting in the New York Times Magazine. Jake Silverstein editor-in-chief of Texas Monthly has been hired to revamp the stagnant NYT Sunday magazine.

Under Mr. Silverstein, Texas Monthly has been nominated for 12 National Magazine Awards and won four, including the general excellence prize.

In an interview on his new role at The Times Magazine, Mr. Silverstein said, “I think this is a remarkable moment for the magazine to commit to the kind of long-form impactful journalism that has made the magazine one of the most influential publications throughout its history.”

Mr. Silverstein, 38, holds an M.F.A. in creative writing from the University of Texas at Austin and became editor of Texas Monthly in 2008. He is only the fourth editor of that magazine, which published its first issue in February 1973.

Lawyers for accused Boston Marathon bomber Dzhokhar Tsarnaev asserted Friday that his older brother and alleged accomplice had been encouraged by the FBI to be an informant and to report on the Chechen and Muslim community, according to court records. “We seek this information based on our belief that these contacts were among the precipitating events for Tamerlan’s actions during the week of April 15, 2013, and thus material to the defense case in mitigation,” the lawyers said in their court filing. “We base this on information from our client’s family and other sources that the FBI made more than one visit to talk with Anzor [his father], Zubeidat [his mother] and Tamerlan, questioned Tamerlan about his Internet searches, and asked him to be an informant, reporting on the Chechen and Muslim community

“We do not suggest that these contacts are to be blamed and have no evidence to suggest that they were improper, but rather view them as an important part of the story of Tamerlan’s decline. Since Tamerlan is dead, the government is the source of corroboration that these visits did in fact occur and of what was said during them.”The lawyers suggested that Tamerlan Tsarnaev could have misinterpreted his interactions with the FBI as pressure from the agency, and that they could have “increased his paranoia and distress.” The defense wants to investigate those factors as it seeks to portray Tamerlan as a dominating family figure who may have pushed the younger Dzhokhar to take part in the April 15 bombings last year. Tamerlan was killed days after the bombings in a confrontation with police in Watertown. Good luck with prying anything loose from the FBI.

So . . . what stories are you following today? Please post your recommended links in the comment thread, and have a terrific weekend!