Some observations, and if I had the the time…this motherfucker would…

You can read the pdf of the story here:

Just 57 boys sharing sexting pictures…nothing to see here. Send them to church, it will be ok…

Can you believe this shit…fucking hell.

Feminist Fight Club on Instagram: “The only thing more powerful than a confident woman? An army of them. For the 31 days of #WomensHistoryMonth, we’re highlighting 31 badass…”

The only thing more powerful than a confident woman? An army of them. For the 31 days of #WomensHistoryMonth, we’re highlighting 31 badass feminist fight clubs you may not know, but should. Like, W.I.T.C.H., or the Women’s International Terrorist Conspiracy from Hell, that formed on Halloween 1968 to protest sexism, racism and patriarchy. With chapters called “covens” (13 members in each), WITCH staged colorful hit and run protests called “zaps”—once gluing the doors to the New York stock exchange shut (the Dow fell five points the following day 😹); staging a “hex” on a Manhattan bridal fair in which they released 100 white mice into the convention hall; and organizing an “ogle-in” on Wall Street where the witches catcalled men. Today, WITCH is still active — with chapters in Boston, Seattle, Portland and more. From the original WITCH Manifesta: “There is no ‘joining’ WITCH. If you are a woman and dare to look within yourself, you are a WITCH. You make your own rules.” 💫 #31daysofFFC

These two articles from last year….

The first incarnation of WITCH performed their inaugural action—a hex on Wall Street—on Halloween in 1968. Now a new generation of witches is taking up the mantle from the infamous provocateurs.

Is It OK to Hex a Nazi? How Anti-Fascist Witches Are Mobilizing Under Trump – Broadly

As Trump supporters and antifa clash throughout the country, witches are turning their magical attention towards the new administration—and their spells are not all about love and light.

I seriously wish there was a local chapter around here.

The flagship event of SheDecides Day 2019 concluded in Kathmandu with a firm commitment from participants to advance the movement in their home countries, and plans taking shape in Nepal to build local momentum.

Only 6 countries give women the same work rights as men. The U.S. isn’t one of them. – The Washington Post

A decade ago, no country in the world treated men and women equally under the law, according to a gender equality index from the World Bank. Today, only six countries do — and the United States isn’t one of them.

A new index released this week by the World Bank analyzes how each country’s laws affect women at every stage in their working lives — from applying for a job to having a child to receiving a pension — and the extent to which legal gender equality has progressed over time.

The study shows that over the past 10 years, the majority of the world moved closer to gender equality under the law, raising the global average score from 70.06 to 74.71 today.

Well, we could always find ourselves living in a cubby hole: Will these be the worst new ‘rabbit hutch’ flats in Britain? | Money | The Guardian

Wearing one of these thingamabobs, Scold’s Bridle, a Metal Mask Was Used to Punish Mainly Women Found Gossiping, Nagging, Brawling With Neighbors or Lying ~ vintage everyday

Scold’s bridle is a metal mask meant to bring upon public humiliation. It originated from Britain and spread to other European Countries and was used to punish and torture women till about the 1800s. Scold’s bridle was assigned by the local magistrate to women found gossiping or quarrelling.

The device was an iron muzzle in an iron framework that enclosed the head (although some bridles were masks that depicted suffering.) A bridle-bit (or curb-plate), about 2 inches long and 1 inch broad was slid into the mouth and either pressed down on top of the tongue as a compress or used to raise the tongue to lay flat on the wearer’s palate. This prevented speaking and resulted in many unpleasant side effects for the wearer, including excessive salivation and fatigue in the mouth.

Katherine Helmond’s talent agency APA informed CNN on Mar. 1, 2019 that the actress who was best known for her roles on “Who’s the Boss” and “Soap” died on Feb. 23 at her home in Los Angeles from Alzheimer’s disease. She was 89 years old. 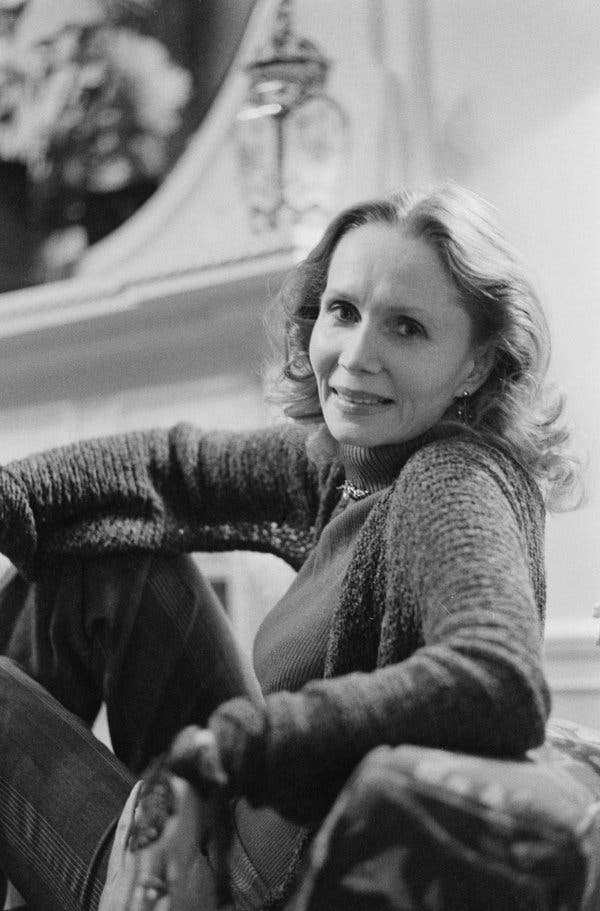 On “Soap,” ABC’s prime-time parody of daytime soap operas, which ran from 1977 to 1981, Ms. Helmond played Jessica Tate, a lovable aristocrat who was one of the show’s main characters. Some viewers, as is often the case, wrongly assumed that the character was her.

“After I did ‘Soap,’ ” she told The Boston Globe in 1998, “people thought that the casting director had gone to a dinner party or something and found this dizzy lady and brought her to Los Angeles. People are surprised to find out that I’m from a very working-class Irish Catholic family and that I didn’t come from a lot of money and go to a nice finishing school and live in a grand house in Connecticut.”

…more important to her was the example the character set for women in midlife, especially if they had been widowed or were otherwise facing an uncertain future.

In a videotaped oral history, she recalled in 2008, “I got letters from people saying, ‘When my husband passed away I thought it was the end of the world for me, but by watching your silly show I found out that there were other things in life.’ ”

“I did everything,” she said in the oral history, for the Archive of Television History. “I pulled the curtain, I learned to do the lights, I did the props, I held the script. And I truly learned everybody’s job that contributed toward the total piece.

“I think that that helped me tremendously when I became a professional actor. I didn’t have the deluded notion that I was ‘it.’ ”

That community theater experience was essentially her acting training; she did not go to college or acting school. After graduating from high school she worked for several years with a professional theater in Houston, then went to New York. She began landing Off Broadway and summer-stock roles, and with several friends ran a summer theater in the Catskills for three seasons.

Ms. Helmond became a well-regarded stage actress in New York and beyond. In 1966, working with the Trinity Square Repertory Company in Providence, R.I., she took on the role of Blanche DuBois in Tennessee Williams’s “A Streetcar Named Desire.”

“Miss Helmond gives all of Blanche’s irritating mannerisms,” Kevin Kelly wrote in a glowing review in The Boston Globe, “the coquettish come-on, the infuriating pretense, but she makes us understand (far more persuasively than many actresses I’ve seen in the role) the demons driving her beyond the brink. I’m not ashamed to admit that Miss Helmond brought tears to my eyes in three scenes.”

I always loved Katherine Helmond, especially fond of her performance in Brazil.

More pictures at the link.

10 ‘Little People’ Myths From Around The World – Listverse

In Slavic folklore, they have house spirits called domovoi.[8] They look like a small man with either a beard or hair all over. Some stories say that they end up looking like the owner of their house, just with a grey beard and sometimes also a tail or horns. These spirits live behind the oven and protect the house, its inhabitants, and their animals. Every house has one, but it is never seen. Instead, people are only aware of it through the noises it makes, such as through footsteps or murmuring.

To keep the domovoi happy, people would leave milk or bread in a corner near the oven. When the domovoi feels respected, he does his best to protect the family, but if they upset him, he causes mischief. He does so by riding their horses or cows all night so that they’re too tired to work during the day, tripping them in the dark, or making milk go bad. If people moved, the domovoi would come with them; otherwise, they wouldn’t be safe.

I saw that bit come through my Newsblur service and I had no choice but to post it here…y’all know my weakness.

And since we started this post about teenagers….and women, and stuff, here is a compare and contrast….

It is funny, the clothes and hairstyles may change, but the expressions are similar…