Mostly Monday Reads: None of them will come via the former social media source

Chief Twit suggested we return the House to what used to be a political party that shouldn’t be in charge of anything.  His misogyny is on full display, as well as his hypocrisy.  Twitter is obviously not impartial, and I can’t appear to block, mute, or remove the NAZI images he posts. I believe you can’t block him anymore, although it does no good because others will quote him.  Kathy Griffin showed up on my Mastadon server because she’s permanently banned there for parodying his account. Yet, Ye is in full antisemitic mode, having been reinstated to the newest Truth Social/Parler platform is serving as a one-man ‘ish’ band.

So, let me go back to my 2009 version of sharing my reads.  Yes, this is more Emil Nolde.  Beautiful, aren’t they? Hard to imagine a Nazi could create such beauty. While his admiration of Hitler was well-known, his art was still considered “degenerate”. It could not be shown in public.

This is from The Atlantic and written by Ronald Brownstein. “How a GOP Congress Could Roll Back Freedoms Nationwide. The rights reversal taking place in conservative states is just the beginning.”

If republicans win control of one or both congressional chambers this week, they will likely begin a project that could reshape the nation’s political and legal landscape: imposing on blue states the rollback of civil rights and liberties that has rapidly advanced through red states since 2021.

Over the past two years, the 23 states where Republicans hold unified control of the governorship and state legislature have approved the most aggressive wave of socially conservative legislation in modern times. In highly polarizing battles across the country, GOP-controlled states have passed laws imposing new restrictions on voting, banning or limiting access to abortion, retrenching LGBTQ rights, removing licensing and training requirements for concealed carry of firearms, and censoring how public-school teachers (and in some cases university professors and even private employers) can talk about race, gender, and sexual orientation.

With much less attention, Republicans in the U.S. House and Senate have introduced legislation to write each of these red-state initiatives into federal law. The practical effect of these proposals would be to require blue states to live under the restrictive social policies that have burned through red states since President Joe Biden’s victory in 2020.“I think the days of fealty [to states’ rights] are nearing an end, and we are going to see the national Republicans in Congress adopting maximalist policy approaches,” Peter Ambler, the executive director of Giffords, a group that advocates for stricter gun control, told me.

None of the proposals to nationalize the red-state social agenda could become law any time soon. Even if Republicans were to win both congressional chambers, they would not have the votes to overcome the inevitable Biden vetoes. Nor would Republicans, even if they controlled both chambers, have any incentive to consider repealing the Senate filibuster to pass this agenda until they know they have a president who would sign the resulting bills into law—something they can’t achieve before the 2024 election.

But if Republicans triumph this week, the next two years could nonetheless become a crucial period in formulating a strategy to nationalize the red-state social-policy revolution. Particularly if Republicans win the House, they seem certain to explore which of these ideas can attract enough support in their caucus to clear the chamber. And the 2024 Republican presidential candidates are also likely to test GOP primary voters’ appetite for writing conservative social priorities into national law. Embracing such initiatives “may prove irresistible for a lot of folks trying to capture” the party’s socially conservative wing, Patrick Brown, a fellow at the conservative Ethics and Public Policy Center, told me.

Just getting Trump out of the White House and the republicans out of the majority is not stopping them.  Neither is the unpopularity of all the abortion restrictions and the call for sensible gun regulations.  It’s difficult to not get discouraged.

Cameron Joseph–writing for VICE–states that “This Election Could Be Just as Long and Ugly as 2020. Slow vote counts, close races, and a crowd of GOP candidates ready to cry “rigged” could lead to a scary election month.”

Republicans who are pushing misinformation about the election are running for state office across the country. And they’ve had two years to prepare to sow chaos this week.

Former President Donald Trump, his election-denying candidates, GOP operatives, and an army of conspiracy theory-believing activists are lobbing bad-faith lawsuits, attempting voter intimidation, and gearing up for disruptive protests to take advantage of slow ballot counts in this week’s midterm elections. And the closer the election results are, the longer it will take to determine a winner in key contests. Things could get very messy.

It will take days, if not weeks, to count enough of the ballots to know which side has won many of the closest, and most closely watched, Senate and governor races. That’s totally normal, and in many states it’s how things have been for years.

But that won’t stop bad-faith candidates—especially those who are losing—from using it to claim it’s being rigged against them, demand that officials stop counting ballots in places where mail ballots are counted late, and push their supporters to protest. Multiple Trump-aligned candidates have already strongly signaled they won’t concede, no matter the outcome.

And 2020 showed exactly how much damage can be done when one side decides to attack the election process itself.

Trump drove the country into chaos by refusing to accept his loss and incited violence to try to keep himself in power. Now, it’s not just Trump and his immediate circle. The prospect of political violence has only continued to grow since the Jan. 6, 2021, Capitol insurrection, with the attack on House Speaker Nancy Pelosi’s husband just the latest in a long string of attacks on officials.

He continues by providing efforts by groups like The Oathkeepers in various states. The FBI is taking this seriously, which could also be why Republicans are after the institution as being “political.”  From NPR: “Judiciary Republicans hint at investigation into FBI, DOJ if they retake the House.”

In a glimpse of what’s to come, House Judiciary Committee Republicans warned the FBI and Department of Justice that they plan to investigate both agencies if their party retakes the House of Representatives. And on Friday they released a 1,000-page report about whistleblower accounts of “a rampant culture of unaccountability, manipulation, and abuse at the highest level.”

Republicans will more than likely retake the House, and possibly the Senate, with the party heavily favored to win midterm elections in several congressional districts.

Ohio Rep. Jim Jordan sent a letter to U.S. Attorney General Merrick Garland, who heads the DOJ, and another to FBI Director Christopher Wray requesting documents pertaining to committee investigations lurking in the not-too-distant future. The report, titled FBI Whistleblowers: What Their Disclosures Indicate About the Politicization of the FBI And Justice Department, alleges political corruption at the highest levels of the FBI, according to a House Judiciary Republicans press release. Republicans assert in the report that whistleblowers have brought to their attention, “allegations of political bias by the FBI’s senior leadership and misuses of the agency’s federal law-enforcement powers.” The report, while primarily focused on the FBI, also targets the Justice Department as well. 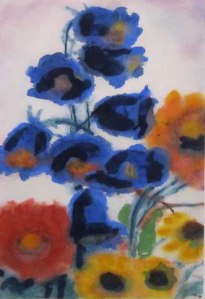 Jackson wrote that she would have thrown out lower court rulings in the case of inmate Davel Chinn, whose lawyers argued that the state suppressed evidence that might have altered the outcome of his trial.

Jackson, in a two-page opinion, wrote that she would have ordered a new look at Chinn’s case “because his life is on the line and given the substantial likelihood that the suppressed records would have changed the outcome at trial.”

The evidence at issue indicated that a key witness against Chinn has an intellectual disability that might have affected his memory and ability to testify accurately, she wrote.

Prosecutors are required to turn over potentially exculpatory evidence to the defense. In this case, lower courts determined that the outcome would not have been affected if the witness’ records had been provided to Chinn’s lawyers.

Justice Sonia Sotomayor was the only other member of the court to join Jackson’s opinion. The two justices also were allies in dissent Monday in Sotomayor’s opinion that there was serious prosecutorial misconduct in the trial of a Louisiana man who was convicted of sex trafficking.

Ladies and Gentlemen, I believe we may be in the fight of our lives.  This is from Reuters.  Putin’s buddy finally states the obvious. “Russia’s Prigozhin admits interfering in U.S. elections.”

Russian businessman Yevgeny Prigozhin said on Monday he had interfered in U.S. elections and would continue doing so in future, the first such admission from a figure implicated by Washington in efforts to influence American politics.

In comments posted by the press service of his Concord catering firm on Russia’s Facebook equivalent VKontakte, Prigozhin said: “We have interfered (in U.S. elections), we are interfering and we will continue to interfere. Carefully, accurately, surgically and in our own way, as we know how to do.”

The remark by the close ally of Russian President Vladimir Putin was posted on the eve of the U.S. midterm elections in response to a request for comment from a Russian news site.

“During our pinpoint operations, we will remove both kidneys and the liver at once,” Prigozhin said. He did not elaborate on the cryptic comment.

Prigozhin, who is often referred to as “Putin’s chef” because his catering company operates Kremlin contracts, has been formally accused of sponsoring Russia-based “troll farms” that seek to influence U.S. politics.

So, I’m thinking about going to my little old fire station down the street to vote.  My social security check was deposited today.  I’ll likely see lots of kids jumping on their school buses to head to their public schools. I will do this before I take up my role as a professor trying to ensure my students understand economics and the financial system without all the propaganda lies coming from certain politicians and their propaganda-based news stations. Let’s not normalize America’s NAZIs. I’m all up to listening to the next installment of Ultra today. This is surely one country in chaos.

What’s on your logging and blogging list today?  Please vote BLUE and drag everyone you know with you to do the same!

34 Comments on “Mostly Monday Reads: None of them will come via the former social media source”