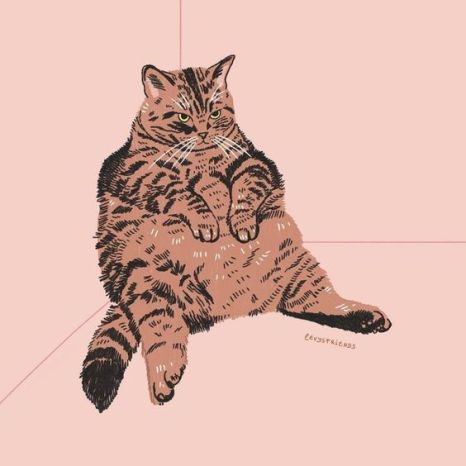 Is Trump deliberately letting Americans die? It certainly appears that he is directing scarce medical supplies to red states like Florida while actively trying to prevent deliveries of such equipment to blue states.

On Thursday I posted about a massive shipment of N95 masks that was delivered to Massachusetts through the intervention of the Kraft family, owners of the New England Patriots. The Krafts arranged to have the Patriots plane fly to China and back to pick up more than a million masks. Another shipment will follow later. The Krafts also donated $2 million toward the cost of the masks. From The Boston Globe:

The news, which broke early Thursday, resembled a plot pulled straight out of a summer blockbuster: The Kraft family had deployed a New England Patriots team plane to China to deliver about one million desperately needed N95 respirator masks to health care workers in Massachusetts.

Yet the story is as alarming as it is heartwarming, underscoring a harsh reality as the coronavirus pandemic spreads ever faster around the United States. Governor Charlie Baker and his counterparts throughout the country are forced to go to extraordinary lengths to secure life-saving medical equipment in the absence of a coordinated federal response.

“This is not how it is supposed to work,” said Representative Katherine Clark of Melrose, a member of House Speaker Nancy Pelosi’s leadership team. She described herself as “very grateful” for the Kraft family’s generosity and help getting the critical gear, but said “what we need is a coordinated federal system.”

Why was such a dramatic effort necessary? Because Trump has been actively preventing Massachusetts from purchasing medical supplies.

The journey began, in the governor’s telling, roughly two weeks ago, when the federal government confiscated a shipment of more than 3 million N95 masks at the Port of New York and New Jersey that Massachusetts had arranged to buy….

Baker’s victory in the state’s intense hunt for masks and other protective gear, or PPE, follows weeks of increasingly public frustration from the normally even-keeled governor. His administration has hit numerous roadblocks thrown up by the federal government, which has repeatedly snatched supplies from the states’ hands and directed governors to find their own source.

Even now, Baker administration officials are still waiting on the federal government to deliver promised help. Earlier this week, Baker announced that the state had ordered 1,000 ventilators from the federal government and that he expected the delivery by the end of this week. On Thursday, Baker said Massachusetts still hasn’t gotten any of the equipment and he no longer expects them by the end of the week.

Normally calm and matter-of-fact, Baker choked back tears when he spoke at Logan Airport after meeting he Patriots plane.

The Chicago Sun-Times has a story about another crazy situation in Illinois: Illinois adjusts on the fly to meet medical supply needs in a coronavirus ‘Wild West.’

About two weeks ago, Illinois officials tracked down a supply of 1.5 million potentially life-saving N95 respirator masks in China through a middleman in the Chicago area and negotiated a deal to buy them.

One day before they were expecting to complete the purchase, they got a call in the morning from the supplier informing them he had to get a check to the bank by 2 p.m. that day, or the deal was off. Other bidders had surfaced.

Realizing there was no way the supplier could get to Springfield and back by the deadline, Illinois assistant comptroller Ellen Andres jumped in her car and raced north on I-55 with a check for $3,469,600. 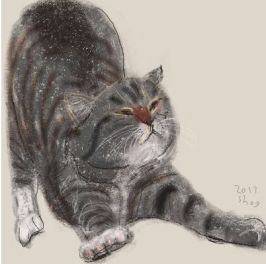 From the other end, Jeffrey Polen, president of The Moving Concierge in Lemont, drove south. Polen isn’t in the medical supply business, but he “knows a guy,” an old friend who specializes in working with China’s factories.

As they drove, Andres and Polen arranged to meet in the parking lot of a McDonald’s restaurant just off the interstate in Dwight. They made the handoff there.

Polen made it back to his bank with 20 minutes to spare. Illinois already has received part of the mask shipment. There’s more on the way.

That’s just a taste of the “Wild West” world of emergency procurement taking place over the past several weeks as the state fights for equipment and supplies to protect frontline workers and patients in the battle against COVID-19.

Why is this chaos necessary? Because Trump refuses to allow the federal government to organize the pandemic response.

We know that CO, MA, MI and MT have all had supply orders cancelled or taken by the federal government. https://t.co/pGnaE8o2TV

The Trump administration quietly invoked the Defense Production Act to force medical suppliers in Texas and Colorado to sell to it first — ahead of states, hospitals or foreign countries.

It took this action more than a week before it announced Thursday that it would use the little-known aspect of the law to force 3M to fill its contract to the U.S. first. Firms face fines or jail time if they don’t comply.

The Cold War-era law gives federal officials the power to edge out the competition and force contractors to provide supplies to them before filling orders for other customers.

While it’s unclear how many times the power has been used during the coronavirus pandemic, federal contracting records examined by Kaiser Health News show that federal authorities staked first rights to $137 million in medical supplies. The orders in late March flew under the radar, even as dog-eat-dog bidding wars raged among states and nations for desperately needed medical protective gear.

“It’s like ‘Lord of the Flies’ out there for states and hospitals as they bid against each other for critical medical supplies and equipment,” Sen. Chris Murphy (D-Conn.) said in a statement to KHN. “Plus, there’s no transparency about what the federal government is doing with the equipment that they purchase when they outbid states and hospitals.”

At the Coronavirus Task Force briefing on Thursday, we learned that, instead of sending medical supplies controlled by the Pentagon (paid for by taxpayers) directly to states, the administration is handing the equipment over to private companies to resell to the highest bidder. Here’s what Lt. Katrina recovery hero Gen. Russell Honore had to say about that.

After hearing the White House say critical supplies are going to commercial distributors who are then selling them to the states which are begging for help, I called @ltgrusselhonore who commanded federal troops after Hurricane Katrina to get his reaction. Watch this: pic.twitter.com/x7u3qoQ0v6

Yesterday, Dakinikat wrote about the insanity of putting failson-in-law Jared Kusher in charge of the federal pandemic response. We learned about that at the Thursday briefing too. From The Daily Beast:

President Donald Trump’s top adviser and son-in-law Jared Kushner insisted on Thursday that the government had not built up a national stockpile of medical equipment for states to use during threats like the coronavirus since those states have strategic reserves of their own.

The remark drew raised eyebrows from experts, considering presidents have dispersed supplies from the national strategic stockpiles for use by states dozens of times over the last twenty years.

In fact, the Trump administration itself has dipped into the federal reserves to help states in need…

“He doesn’t know what the hell he is talking about. He has no idea,” said Gen. Russel Honore, a retired military general who helped direct the response on the ground during Hurricane Katrina. “He must have remembered something from some slide or some speech. But that’s why people created the national strategic stockpile in the first place. It’s for those days when we can’t predict what we need. What I see is a total misunderstanding by the White House that they have a responsibility to help maintain the stockpile and help states.” [….]

While state governments do possess their own stockpiles of equipment and supplies, the national strategic stockpile was originally designed in 1999 to help states fill the gaps when facing things like natural or health disasters. The role of the stockpile has expanded dramatically in recent years amid more frequent natural disasters.

But the Trump White House’s approach to filling the supply chain gaps has been slapstick at best, officials say, in part because it was unprepared for taking the lead in responding to a global pandemic. For weeks, the administration struggled to understand which agency was responsible for studying the supply chain breakdown and which was in charge of fixing not only the dwindling medical supplies in hospitals, but also the shortages of products like toilet paper and paper towels in grocery stores.

“We missed dealing with this disaster because for weeks, the White House said it was a hoax,” Honore said. “So we missed at least four weeks of anticipation and preparation on the logistics side because of our leadership.” [….]

“It shouldn’t be this complicated,” said Juliette Kayyem, a former assistant secretary of the Department of Homeland Security. “It’s supposed to happen like a light switch you flip on. And this should have happened a month ago. This is not inventing a vaccine, this is just shipping stuff. In these situations you want a light White House touch and you want the subject matter experts to take the lead.”

More important stories to check out:

The New York Times: Coronavirus in N.Y.: Toll Soars to Nearly 3,000 as State Pleads for Aid.

The Washington Post: The U.S. was beset by denial and dysfunction as the coronavirus raged.

The Washington Post: Inside the coronavirus testing failure: Alarm and dismay among the scientists who sought to help.

Lucian Truscott IV at Salon (via Raw Story): Trump is preparing the ground for a totalitarian dictatorship.

Business Insider: The US Postal Service is on track to run out of money by June, and it could be a disaster for states trying to expand voting by mail.

Take care this weekend, Sky Dancers! Please let us know what’s happening where you are.