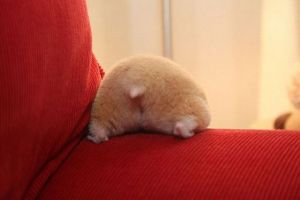 Hey ho! We got us a thick ass post tonight.

So many cartoons….let’s just get to them, in no particular order. Oh, except that the Maya Angelou tributes will be at the end.

The Harm of Limited Intervention in Syria – Political Cartoon by Dan Nott, The Gabbler – 05/30/2014

Dick Cheney put the W in Weakness for War by J.D. Crowe

Too Many Captains by Political Cartoonist Jeff Koterba

Our Religion of The Founding Fathers by Tina Dupuy

The Founding Fathers are all things to all Americans.

“The American people having healthier life that [‘s what] our founders wanted for them,” House Minority Leader Nancy Pelosi said last month about Obamacare. Other self-described patriots sneered, “George Washington wanted Obamacare, Pelosi says.” And “No, Nancy, the Founding Fathers Would Not Have Supported Obamacare.” Senators Rand Paul and Chris Coons penned a bipartisan op/ed for Politico Magazine titled: “The Founding Fathers Would Have Protected Your Smartphone.”

Last year a series of polls came out asking Americans if the Founding Fathers would be happy with the country today. A majority of Americans told pollsters these Framers would be disappointed.

Even as we continue to debate what religion meant to the people who christened the country—they now themselves have become a religion. And like all stern paternal deities, our Liberty Lords are frowning down on us because they know we can do better.

No one ever brings up Jesus’ name when the 2000-year-old prophet would disagree with them. As in: “Jesus drank wine with hookers and outcasts, but as a Christian, I find that reprehensible.” Jesus only gets used to corroborate personal conviction.

As an appeal to what we imagine to be our better selves we ask, “What would Jesus do?” And as Americans we’re expected to ponder, “What would the Founding Father’s think?”

And now the tributes to Maya Angelou.

A Rainbow in our Cloud by Political Cartoonist Mark Streeter

Have a good evening…this is an open thread.