We’ve watched the Republicans flail in all directions, trying to find a message, a mission, an issue to drive them to victory in November.  It’s 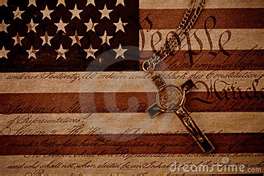 been tough going for the GOP with less than stellar candidates and the endless circus ride the public has witnessed.  Now down to four ‘iffy’ wannabes, attention has focused on flaws, egos, missteps and gaffes.  Uncle Newt appeals to the confederate South.  Ron Paul is loved by the Ayn Rand aficionados. Reptilian Rick Santorum cheers and warms the cockles of the Religious Right.   And Mitt Romney.  Poor Mitt is loved by virtually no one.

So, I can only imagine the excitement with the new-but-old controversy boiling over birth control and reproductive freedom.  The right to choose.  It sticks in the craw of the Republican Party, even as the loudest voices scream about liberty and individual rights.  This isn’t a question of abortion at this juncture.  We’re talking about the basics: contraception, the freedom to choose how many children we have and when we have them.  And privacy.  A woman’s right to decide these things herself in the privacy of her own space, heart and mind, with or without a husband, with or without government or religious leaders telling her, demanding she turn one way or the other.

To listen to the likes of Newt Gingrich, Rick Santorum and the faux religious warriors, one might think that all religion, but particularly Christianity, has been put on the rack, whipped into humiliating submission or fed to the lions for the vile amusement of secular humanists.

Demanding equal access to healthcare, expecting reproductive freedom and sexual/gender equality is not a Satanic plot.  It’s what reasonable

people do and think.  We are not living in the Middle Ages [though I suspect many fundamentalists think of the era as ‘the good ole days].  If anyone doubts the politicization of women’s healthcare issues, please review the past week’s headlines, the unseemly expose of the Komen Foundation, more concerned about dissing Planned Parenthood than serving lower-income women with breast screenings.  Or the manufactured outrage of the Catholic Church hierarchy and their mouthpieces, who [sputter, sputter] decry the Administration’s insistence on equitable healthcare service as a vicious attack on religious freedom.

Two-thirds of Catholics, 65 percent, believe that clinics and hospitals that take taxpayer money should not be allowed to refuse procedures or medications based on religious beliefs. A similar number, 63 percent, also believe that health insurance, whether private or government-run, should cover contraception.

A strong majority (78 percent) of Catholic women prefer that their hospital offers emergency contraception for rape victims, while more than half (55 percent) want their hospital to provide it in broader circumstances.

Yet despite these numbers, the Church, the Religious Right and the heat-seeking Republican establishment are foaming at the mouth, waving mummified fists in righteous indignation.

Make no mistake.  This is an old war.  I wrote about the struggles and absolute determination of Margaret Sanger a few days ago.  She fought these battles.  The arguments were identical; the accusations the same.  She fought the religious establishment, she fought the righteous, small-minded moralists 100 years ago.  If anything this should be a wakeup call: the defense of reproductive rights, which are basic human rights, need to be taken seriously, day-in, day-out.  Freedoms gained can quickly become freedoms lost. Gender equality, which is a matter of civil rights, should be supported with voices and votes pitched against the ugliness of bigotry and discrimination.

This is a power play wrapped in thin prayer and religious dogma.  It’s a desperate attempt by traditional religion to regain ground lost to modernity, a world where the old stories and myths have lost their power, their ability to control by fear, a world in which human dignity applies to all our members, a world where the mysteries of the Universe and our place in it is far grander than our words and imaginations can conjure.

We have choice.  We always have.  It’s time to put away childish things and become accountable, rational adults if we’re ever to deal with the problems facing us.  We can fearfully grasp the old ways, allow ourselves to be drawn into self-limiting dictums.  We can argue how many angels dance on the head of a pin with religious fanatics and the politicians who love them.

36 Comments on “We Have Choice”