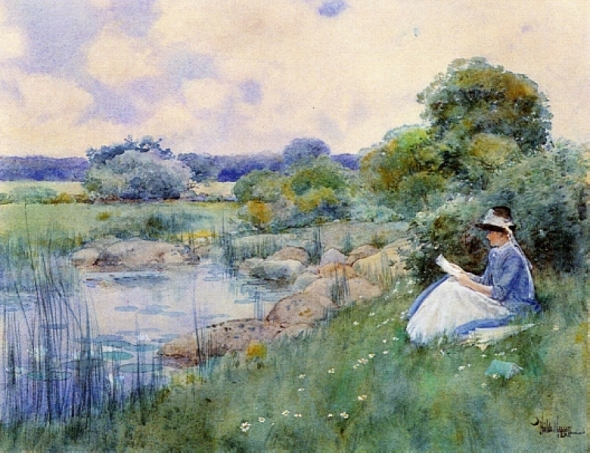 Josh Rogin of the Daily Beast (formerly of The American Conservative and Foreign Policy) is at it again. Not long ago, he caused an uproar by sneaking into a supposedly off-the-record meeting of the Trilateral Commission and secretly taping John Kerry saying that Israel is in danger of becoming an “apartheid state.” Not that there’s anything wrong with taping the remarks, but Rogin failed to note this fact in his subsequent reports. Instead he sourced the remarks to “an attendee” and “recording obtained by The Daily Beast.”

This morning Rogin has Hillary Clinton in his crosshairs: Hillary’s State Department Refused to Brand Boko Haram as Terrorists. Rogin’s point seems to be that Clinton is a hypocrite because since Nigerian group kidnapped hundreds of schoolgirls, she has criticized them in no uncertain terms.

In the past week, Clinton, who made protecting women and girls a key pillar of her tenure at the State Department, has been a vocal advocate for the 200 Nigerian girls kidnapped by Boko Haram, the loosely organized group of militants terrorizing northern Nigeria. Her May 4 tweet about the girls, using the hashtag #BringOurGirlsBack, was cited across the media and widely credited for raising awareness of their plight.

On Wednesday, Clinton said that the abduction of the girls by Boko Haram was “abominable, it’s criminal, it’s an act of terrorism and it really merits the fullest response possible, first and foremost from the government of Nigeria.” Clinton said that as Secretary of State she had numerous meetings with Nigerian President Goodluck Jonathan and had urged the Nigerian government to do more on counterterrorism.

What Clinton didn’t mention was that her own State Department refused to place Boko Haram on the list of foreign terrorist organizations in 2011, after the group bombed the U.N. headquarters in Abuja. The refusal came despite the urging of the Justice Department, the FBI, the CIA, and over a dozen senators and congressmen.

“The one thing she could have done, the one tool she had at her disposal, she didn’t use. And nobody can say she wasn’t urged to do it. It’s gross hypocrisy,” said a former senior U.S. official who was involved in the debate. “The FBI, the CIA, and the Justice Department really wanted Boko Haram designated, they wanted the authorities that would provide to go after them, and they voiced that repeatedly to elected officials.”

Rogin goes on to quote numerous–some by name and some not–critics who essentially blame Clinton for the current situation. Rogin quotes these sources (largely Republicans) as saying that if Hillary had designated Boko Haram a terrorist group, the government would have been better able to cut them off from financial support and get other countries to do the same. Because of Hillary’s refusal to do this, according to Republican Patrick Meehan, chairman of the Subcommittee on Counterterrorism and Intelligence, “We lost two years of increased scrutiny. The kind of support that is taking place now would have been in place two years ago.”  John Kerry did add Boko Haram to the terrorist list late last year.

Rogin admits that not everyone agrees that designating Boko Haram a terrorist group would have made that much difference. Sources told Rogin that other efforts were made to deal with the issue. Yesterday f0rmer Assistant Secretary of State for African Affairs Johnnie Carson defended the decision.

“There was a concern that putting Boko Haram on the foreign terrorist list would in fact raise its profile, give it greater publicity, give it greater credibility, help in its recruitment, and also probably drive more assistance in its direction,” he said.

“There always has been a reluctance to accept our analysis of what the drivers causing the problems in the North and there is sometimes a rejection of the assistance that is offered to them,” Carson said. “None of that has anything to do with putting Boko Haram on the foreign terrorist list.”

This sounds like a partisan issue to me, but I admit to having zero knowledge of Boko Haram and State Department policies in general. Frankly, I suspect Josh Rogin is trying to make a name for himself by undermining Hillary Clinton, John Kerry, and Obama administration foreign policy in general. But then, I’m also a partisan.

As for Hillary herself, she spoke to ABC News’ Robin Roberts yesterday: Hillary Clinton Calls Nigeria Kidnappings ‘An Act Of Terrorism.’ The occasion was a “philanthropy event” at the Ford Foundation in NYC. CNN provides more detail about Hillary’s remarks: Hillary Clinton faults Nigerian government’s handling of search for kidnapped girls.

The Nigerian government has been “somewhat derelict” in protecting their children, Hillary Clinton said Wednesday as international attention focused on schoolgirls kidnapped by a militant group.

“The seizure of these young women by this radical, extremist group, Boko Haram is abominable, it’s criminal, it’s an act of terrorism and it really merits the fullest response possible, first and foremost from the government of Nigeria,” Clinton said, later adding that “the government of Nigeria has been in my view somewhat derelict in its responsibility toward protecting boy and girls, men and women in northern Nigeria over the last years.”

During her remarks at a philanthropy event in New York City, Clinton went on to say “the Nigerian government must accept help – particularly intelligence, surveillance and recognizance help – their troops have to be the ones that (are) necessary but they could do a better job if they accept the offers that are being made.”

The U.S. government has offered to help in the search for the schoolgirls. Officials have told CNN the Obama administration is sharing intelligence with Nigerian authorities and could provide other assistance, but there is no plan to send U.S. troops. Legislators on Capitol Hill have also called for the United States to do more to help the Nigerian government.

A little more from the talk:

“The Nigerian government has failed to confront the threat or to address the underlying challenges,” Clinton said of the kidnappings. “Most of all, the government of Nigeria needs to get serious about protecting all of its citizens… and ensuring the every child has the right and opportunity to go to school.”

Standing in front of high profile financiers and donors at the opulent Waldorf Astoria, Clinton went on to urge Nigerian citizens to hold their leaders accountable and implored religious leaders, Nigeria’s neighbors, the African Union and the international community to continue to stay involved in finding the schoolgirls.

“Every asset and expertise should be brought to bear,” Clinton said. “Everyone needs to see this for what it is, it is a gross human rights abuse but it is also part of a continuing struggle within Nigeria and within North Africa.”

END_OF_DOCUMENT_TOKEN_TO_BE_REPLACED

(second link will take you to an AFP report on Hillary’s remarks at Friday’s Women in the World conference in NY. See also her remarks at the 2011 Women of Courage event for more.)

(see also Hillary’s 100 Women Initiative. If you don’t know what it is, click and find out.)

— Secretary of State Hillary Clinton, introducing the president of Kyrgyzstan at a State Department event.

Tired of hearing about Charlie Sheen?

Disaster in Japan and Elsewhere

(Also, Crowley confirmed his comments about Manning to The Cable:”What I said was my personal opinion. It does not reflect an official USG policy position. I defer to the Department of Defense regarding the treatment of Bradley Manning.”)

This Day in History (March 12)

What Kind of Liberal are You?

Song of Protest for Saturday

Extra verse added to the PPM version: “Show me the famine, show me the frail, eyes with no future that show how we failed, and I’ll show you the children with so many reasons why there but for fortune, go you or I.”

I’m turning the Saturday reads over to you in the comments… Take the quiz and let us know how you score, share a song, link us to what’s on your blogging list this weekend…and have a great day!

[originally posted at Let Them Listen; crossposted at Taylor Marsh and Liberal Rapture]