Last night, for the first time since November 8, 2016, I went to bed happy. Thanks in large part to the millions of Americans who marched in the streets, went to town halls or their representatives’ offices to defend Obamacare, the attempt by tRump and Ryan to destroy the health care system has been thwarted–at least for the time being.

Trump is being roasted in the media. Here are a few stories to check out, links only because there are so many:

The Washington Post: ‘The closer’? The inside story of how Trump tried — and failed — to make a deal on health care.

Politico: Trump gets tamed by Washington (click on this one if only to view the absolute worst photo of tRump’s hair so far).

The Atlantic: The Republicans Fold on Health Care. The House abandoned its legislation to repeal and replace the Affordable Care Act, handing President Trump and Speaker Paul Ryan a major defeat.

I want to highlight one aspect of the tRump strategy. He let Steve Bannon talk to the Freedom Caucus, and it did not go well.

When the balky hardliners of the House Freedom Caucus visited the White House earlier this week, this was Steve Bannon’s opening line, according to people in the conference room in the Eisenhower Executive Office Building:

More on Bannon’s role at The Daily Beast: Bannon Tells Trump: ‘Keep a Shit List’ of Republicans Who Opposed You. (This one was published before the bill was pulled.)

According to multiple Trump administration officials speaking to The Daily Beast on the condition of anonymity to talk freely, the president is angry that his first big legislative push is crumbling before his eyes—and his chief strategist Stephen K. Bannon is advising him to take names and keep a hit list of Republicans who worked for Trumpcare’s defeat.

“[Bannon] has told the president to keep a shit list on this,” one official told The Daily Beast. “He wants a running tally of [the Republicans] who want to sink this…Not sure if I’d call it an ‘enemies list,’ per se, but I wouldn’t want to be on it.”

One aide described it as a proposed “hit list” for Republicans not sufficiently loyal. Courses of action stemming from any related tally is yet to be determined, but the idea and message is that “we’ll remember you.”

Two senior Trump administration officials with direct knowledge of the process told The Daily Beast that Bannon and Trump have taken a “you’re either with us or against us” approach at this point, and that Bannon wants the tally of “against” versus “with us” mounted in his so-called West Wing “war room.”

“Burn the boats,” Bannon (in his typical, pugnacious style) advised Trump, according to one official involved. Burning one’s boats is a reference to when military commanders in hostile territories order his or her troops to destroy their own ships, so that they have to win or die trying.

Now let’s get to the really interesting stuff–the spy news. 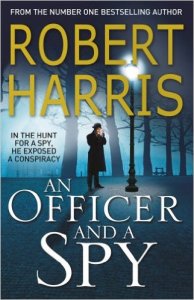 Is Mike Flynn already talking to the FBI? I would be if I were in his shoes, and he has been awfully quiet since he belatedly registered as a foreign agent for his work in support of Turkey’s President Recep Tayyip Erdogan. And yesterday we learned that Flynn proposed kidnapping Erdogan’s sworn enemy Fethullah Gulen, a former Turkish cleric whom Turkey has been trying to get extradited from the U.S.

President Trump’s ousted national security adviser did not seek permission from the U.S. government to work as a paid foreign agent for Turkish interests, U.S. defense officials said, raising the possibility that the Pentagon could dock the retirement pay of Michael T. Flynn.

Navy Capt. Jeff Davis, a Pentagon spokesman, said that the Defense Department is reviewing the issue. It arose after Flynn, a retired Army lieutenant general, registered retroactively this month with the Justice Department as a foreign agent for work that his company, Flynn Intel Group, carried out on behalf of Inovo BV, a Netherlands-based company. It is owned by Ekim Alptekin, a Turkish businessman who is not a part of the Turkish government, but has links to it.

The Inovo assignment centered on researching Fethullah Gulen, a Turkish cleric whom Ankara blames for fomenting a coup attempt last summer and wants extradited from the United States, where he has lived in exile for years. That led Flynn’s company to conclude that the work “could be construed to have principally benefited the Republic of Turkey,” according to a letter sent by Flynn’s attorney, Robert K. Kelner, to the Justice Department, along with the filing.

Flynn Intel Group received a total of $530,000 in three payments between September and November from Inovo BV before discontinuing the arrangement after Trump was elected president, according to Flynn’s filings. It is unclear from the paperwork how much Flynn personally profited from the deal, but he is the majority owner and chief executive officer of the firm. Kelner, reached by phone Wednesday night, declined to comment on the deal.

Flynn is in deep trouble, and now that tRump has thrown him under the bus in The National Enquirer, Flynn has plenty of motivation to start telling what he knows about the tRump campaign’s coordination with Russia to hurt Hillary Clinton.

In addition, we learned yesterday that the three other tRump guys who are under investigation, Paul Manafort, Roger Stone, and Carter Page, have offered to testify before the House Intelligence Committee.

Next, we have the very strange behavior of Rep. Devin Nunes, the chairman of the Intel Committe, who appears to be working as a double agent for tRump. Nunes has given three bizarre press conferences about supposed secret information he got access to that may or may not show that members of the tRump transition team were caught up in surveillance of foreign actors. It’s obvious that Nunes is way over his head and doesn’t really understand whatever it is he saw. So far he hasn’t shared anything with the members of his committee. But where did he get this mysterious information? He isn’t saying, but here’s some background from Tim Mak at The Daily Beast: Devin Nunes Vanished the Night Before He Made Trump Surveillance Claims.

Rep. Devin Nunes was traveling with a senior committee staffer in an Uber on Tuesday evening when he received a communication on his phone, three committee officials and a former national security official with ties to the committee told The Daily Beast. After the message, Nunes left the car abruptly, leaving his own staffer in the dark about his whereabouts.

By the next morning, Nunes hastily announced a press conference. His own aides, up to the most senior level, did not know what their boss planned to say next. Nunes’ choice to keep senior staff out of the loop was highly unusual.

The Republican chairman had a bombshell to drop.

Nunes reviewed “dozens of reports” produced by the U.S. intelligence community that showed this, he added….

Where Nunes went and who his source was for this information—which he said was still incomplete—is now a mystery with serious repercussions for the independence of his investigation into Russian interference with U.S. elections.

“This information was legally brought to me by sources who thought that we should know it,” Nunes added.

Suspicions have been raised that Nunes may have gotten his information from the White House, and so far he has refused to deny it. So who could have been incidentally picked up on wiretaps? Yesterday, Dakinikat posted some links that suggest that person could have been Mike Pence. I’m reposting them here.

DailyKos, 3/22/17: Manafort made Pence the VP, they talked regularly during the transition.

The Daily Beast: 11/30/16: Paul Manafort Is Back and Advising Donald Trump on Cabinet Picks.

This week House Intelligence Committee chair Devin Nunes got his hands on some kind of classified intelligence through unofficial channels, and it spooked him to the point that he broke every protocol – and may have broken his career in the process. Nunes insists someone on the Donald Trump transition team was legally picked up on a wiretap that was targeted at someone else. And it appears the person incidentally surveilled was Vice President Mike Pence.

Based on Nunes’ description, someone on the Trump transition team was picked up while speaking on the phone with someone who was the subject of a FISA warrant. Widespread media reports have long pegged four people in the Trump campaign’s orbit as being under FBI investigation: Michael Flynn, Carter Page, Roger Stone, and Paul Manafort. These are the four who could realistically have been the subject of a judge-issued FISA surveillance warrant.

Of the four men, the only one who is known to have had phone conversations with anyone on the Trump transition team during the transition was Manafort. And the one person Manafort kept calling? Mike Pence (source: Daily Kos. The two have long been aligned; Manafort went to great lengths to ensure Pence was Trump’s running mate. So it appears that Devin Nunes learned this week that Pence had been caught saying something disconcerting on Manafort’s wiretap. And that may explain why Nunes did what he did from there.

And we can’t forget James Comey’s surprise appearance at the White House yesterday. Will more shoes drop over the weekend? I sure hope so!

The #TrumpRussia investigation never stands down….not even on #Caturday pic.twitter.com/i4Ht6OLKJz

What stories are you following?