← Sunday Reads: Who will toss my salad?
Friday Late Nite Lite: Side B → 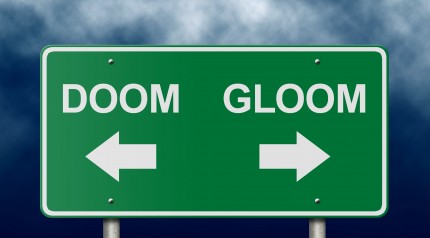 I don’t know about you, but I’m getting really sick of bad news. I’ve completely stopped watching TV and listening to radio news, because I just can’t take any more details of wars, plane crashes, dead children. If it weren’t for writing these morning posts, I wouldn’t have a clue what’s happening. I get all my news from Google, Twitter, and various blogs, including Sky Dancing. So I’m going to quickly link to the major stories topping Google this morning, and then I’ll post some interesting longer reads that I came across around the ‘net.

Residents in Gaza are using a 12-hour humanitarian truce to return to their homes, gather essential supplies and search for those trapped in the rubble.

At least 85 bodies have been pulled from the rubble during the truce, a Palestinian health official says.

That raises the Palestinian death toll to 985 since the Israel-Hamas conflict began on 8 July, the spokesman said. Thirty-nine Israelis have died.

International talks on a longer truce have resumed in Paris.

Israel said it would continue to “locate and neutralise” Hamas tunnels during the pause, which began at 08:00 local time (05:00 GMT).

So far 31 tunnels have been discovered, with about half destroyed, Israeli’s military says.

Lots of details and photos at the BBC link.

From AP via The Boston Globe, Gaza Sides Agree to Lull But Truce Efforts Stall.

Hours after the U.S.-led efforts stalled, the two sides agreed to a 12-hour humanitarian cease-fire to begin Saturday. However, the temporary lull was unlikely to change the trajectory of the current hostilities amid ominous signs that the Gaza war is spilling over into the West Bank.

In a ‘‘Day of Rage,’’ Palestinians across the territory, which had been relatively calm for years, staged protests against Israel’s Gaza operation and the rising casualty toll there. In the West Bank, at least six Palestinians were killed by Israeli fire, hospital officials said.

The latest diplomatic setbacks, after several days of high-level diplomacy in the region, signaled that both sides are digging in and that the fighting in Gaza is likely to drag on.

An op-ed from Al Jazeera, Israel’s war of disproportionate force on Gaza, by Britain Eaken.

The recent killing of four Palestinian children by an Israeli airstrike while they played soccer on a beach in Gaza should call into question Israel’s claim that it’s waging a war of self-defense. Western journalists who saw the attack witnessed firsthand an ugly reality of life in Gaza — Palestinian civilians are too often caught in the crossfire in this tiny, densely populated and besieged coastal strip.

Early Sunday, an Israeli incursion into the Shujayea neighborhood in Gaza killed at least 60 more Palestinians. Most of the injuries being treated at Gaza’s al-Shifa hospital belong to civilians suffering from shrapnel injuries and amputations. More than 100 children have been killed so far and the Palestinian death toll just surpassed 400 with more than 3000 injured.

The UN says more than 70 percent of Palestinian casualties are civilians, a marked increase from previous Israeli assaults.

The toll on civilians has raised United Nations’ concerns of the Israeli use of disproportionate force in Gaza in violation of international humanitarian law. But the use of disproportionate force and the targeting of civilian infrastructure isn’t a new or surprising tactic for Israel. In fact, it’s a primary strategy according to Gabi Siboni, head of the Military and Strategic Affairs program at the Institute for National Security Studies in Israel. This strategy has a well-documented history in Gaza.

I have no words.

Yes, there’s still fighting in Libya, and the violence is getting so bad than the U.S. has closed and evacuated its embassy there. NPR reports: U.S. Embassy Compound In Libya Shut Down Amid Fighting.

The U.S. has closed its embassy in Libya and evacuated diplomats amid what is being described as a significant deterioration in security, with rival militant factions battling in the capital, Tripoli.

“Due to the ongoing violence resulting from clashes between Libyan militias in the immediate vicinity of the U.S. Embassy in Tripoli, we have temporarily relocated all of our personnel out of Libya,” State Department spokeswoman Marie Harf said.

“Securing our facilities and ensuring the safety of our personnel are top department priorities, and we did not make this decision lightly,” Harf said. “Security has to come first. Regrettably, we had to take this step because the location of our embassy is in very close proximity to intense fighting and ongoing violence between armed Libyan factions.”

In a separate statement, Pentagon spokesman Rear Adm. John Kirby said: “[All] embassy personnel were relocated, including Marine security guards who were providing security at the embassy during the movement.”

AP via ABC News: US Evacuates Embassy in Libya Amid Clashes.

The United States shut down its embassy in Libya on Saturday and evacuated its diplomats to neighboring Tunisia under U.S. military escort amid a significant deterioration in security in Tripoli as fighting intensified between rival militias, the State Department said….

The evacuation was accompanied by the release of a new State Department travel warning for Libya urging Americans not to go to the country and recommending that those already there leave immediately. “The Libyan government has not been able to adequately build its military and police forces and improve security,” it said. “Many military-grade weapons remain in the hands of private individuals, including antiaircraft weapons that may be used against civilian aviation.” ….

“We are committed to supporting the Libyan people during this challenging time, and are currently exploring options for a permanent return to Tripoli as soon as the security situation on the ground improves. In the interim, staff will operate from Washington and other posts in the region,” Harf said. The evacuated staffers will continue to work on Libya issues in Tunis, elsewhere in North Africa and Washington.

Ukraine is still roiling, but it seems to have receded into the background for the moment. Here are a few headlines just to keep you current.

The Economist: The shooting down of an airliner shows how reckless Vladimir Putin’s sponsorship of Ukrainian rebels has been.

From the WaPo editorial board: If the West doesn’t do more for Ukraine now, it might soon be too late.

From the Are You Kidding Me? File

Pesident Obama will propose broad-ranging executive action on immigration reform later this summer that could provoke Republicans into trying to impeach him, a senior White House official said Friday.

While details of the immigration plan are still being worked on, it will mark “an important step in the arc of the presidency” that will shape both the substance and politics of immigration policy for years, White House senior advisor Dan Pfeiffer told reporters at a breakfast sponsored by the Christian Science Monitor.

That move is certain to “increase the angry reaction from Republicans” who already accuse Obama of exceeding his executive authority, Pfeiffer said, highlighting recent statements by former vice presidential candidate Sarah Palin in which she backed an impeachment move.

“I would not discount the possibility” that Republicans would seek to impeach Obama, he said, adding that House Speaker John A. Boehner (R-Ohio) has “opened the door to impeachment” by his plans to sue Obama for allegedly exceeding his executive authority.

Is this just an effort by the White House to put the impeachment question out there so Americans can let the GOP what they think about it? The Hill reports: White House taking impeachment seriously.

Senior White House advisers are taking very seriously the possibility that Republicans in Congress will try to impeach President Obama, especially if he takes executive action to slow deportations.

Dan Pfeiffer, a senior adviser to Obama, said Friday that the White House is taking the prospect of impeachment in the GOP-controlled House more seriously than many others in Washington, who see it as unlikely.

Pfeiffer noted that former Alaska Gov. Sarah Palin, who has a large following among Tea Party conservatives, has called for Obama’s impeachment and a large block of the GOP’s base favors it.

“I saw a poll today that had a huge portion of the Republican Party base saying they supported impeaching the president. A lot of people in this town laugh that off. I would not discount that possibility,” he told reporters Friday at a breakfast sponsored by The Christian Science Monitor.

Pfeiffer said Speaker John Boehner’s (R-Ohio) decision to file a lawsuit against Obama over his use of executive actions increased the chance of impeachment proceedings in the future.

A little reality testing from Sean Sullivan at the WaPo: These two numbers show why impeachment talk is trouble for the GOP.

By about 2-1, Americans say they don’t think President Obama should be impeached and removed from office, according to a new CNN/ORC International poll released Friday.

But a majority of Republicans disagree.

That, in a nutshell, is why talk about impeaching the president is nothing but trouble for the GOP heading toward the November midterms.

Sixty-five percent of Americans say Obama should not be impeached, compared to just 33 percent who say he should. Very one-sided. It’s clear that impeachment is a political loser when it comes to the public as a whole.

The “public as a whole” numbers matter because with most of the consequential primaries behind us, Republican candidates in key Senate races — the battle for the Senate is the main midterm event — have to be concerned about playing to broad statewide audiences.

These aren’t all that cheery either, but they are interesting.

This one from the NYT Sunday Magazine is for Dakinikat: Why Do Americans Stink at Math?

Why do people leave their kids in hot cars? How can you forget you’ve got your kid with you? I just don’t get it, and it makes me furious! There’s a long article about these cases at NBC News, Fatal Mistake: What Everyone Should Know About Hot Car Deaths, by Alex Johnson.

This NYT op-ed isn’t a long read, but it’s a useful one: Why the Border Crisis Is a Myth, by Veronica Escobar.

Remember all that talk about how there was going to be some kind of horrible disaster in 2012? Well it turns out that something awful almost happened. From NASA Science News,  Near Miss: The Solar Superstorm of July 2012. If you don’t want to wade through the whole article, The Boston Globe has a shorter summary, Apparently Earth ‘Just Missed’ a Solar Superstorm in 2012.

Finally, something entertaining and not depressing, This Is What Happens When You Ask Contemporary Artists To Reimagine Maps Of The World. Check it out!