← Can you charge the country’s top elected officials with Treason?
“If you want to have a party, have a party but don’t ask me to pay for it.” →

Good Morning!! I’ll take my coffee iced today, because it’s hotter than hell here in the Boston area. And about 110 percent humidity. OK, let’s get to the news.

The Washington Post has a laudatory profile of House Majority Leader Eric Cantor and his refusal to negotiate on raising the Federal debt ceiling–without ever mentioning that Cantor stands to make lots of money if the U.S. defaults on its debts.

Last month, Cantor walked out of talks led by Vice President Biden. Cantor said the reason was Democrats’ insistence on raising taxes as part of a deal to increase the national debt ceiling.

Then, last week, Cantor urged House Speaker John A. Boehner (R-Ohio) to reject a possible “grand bargain” with President Obama, which could have included tax increases. Boehner pulled Republicans out of those talks.

Now, as Cantor joins other leaders at the White House for near-daily summits in the third different grouping of negotiators, his moves have revealed him as a third major player in a legislative drama that had been dominated by Obama and Boehner. Where Boehner has sought to define what Republicans can do with their newfound power, Cantor, the House’s ambitious number-two, wants to underline what Republicans would never do.

So what is Cantor’s negotiating strategy?

On Monday, with a potential default less than a month away, Cantor was asked to identify compromises that Republicans had offered to help negotiations along.

He told reporters that the negotiation itself was a compromise.

“I don’t think the White House understands how difficult it is for fiscal conservatives to say they are going to vote for a debt-ceiling increase,” Cantor said.

Gee, it wasn’t all that hard to increase the debt ceiling again and again under Bush, now was it? But maybe in those days Cantor wasn’t betting against the U.S. in his financial investments. It’s very troubling that the Post didn’t mention Cantor’s humongous conflict of interest.

According to a new Washington Post-Pew poll, increasing numbers of Americans are “very concerned” about a U.S. default, but they are also “concerned” that raising the limit will lead to out-of-control spending.

The twin, divergent, concerns complicate the political calculus for the White House and congressional leaders as they attempt to strike an agreement. Nearly eight in 10 Americans are worried about raising the debt limit, and about three-quarters are concerned about not doing so.

Asked to choose, 42 percent see greater risk in a potential default stemming from not raising the debt limit, a seven-point increase from a Post-Pew poll six weeks ago. Slightly more, 47 percent, express deeper concern about lifting the limit, but the gap has narrowed.

Sixty-six percent of Republicans worry more about raising the debt limit than the U.S. defaulting on its debts. {sigh…}

Hipparchia has a wonderful post at Corrente that is an extended metaphor for libertarian attitudes about health care, specifically in reaction to the writings of a libertarian from the CATO Institute, Michael F. Cannon on the new Oregon health care plan. Here is the relevant quote from Cannon that set her off.

The OHIE establishes only that there are some (modest) benefits to expanding Medicaid (to poor people) (after one year). It tells us next to nothing about the costs of producing those benefits, which include not just the transfers from taxpayers but also any behavioral changes on the part of Medicaid enrollees, such as reductions in work effort or asset accumulation induced by this means-tested program. Nor does it tell us anything about the costs and benefits of alternative policies.

Reduction in work effort?? This would be really funny if Cannon weren’t so deadly serious. Providing health care to poor people means that more of them are just going to spend their days hanging out in parks, yakking on their cell phones , I guess. So, Libertarians are in favor of liberty for themselves and wage slavery for anybody else. Good to know.

Please go read the whole thing if you have time. It’s well worth the effort. We live in a world of selfish, greedy narcissistic fops. How can the country survive them?

Joseph Cannon has a short but pithy post on the media’s obsession with Casey Anthony being found not guilty. He then points out that the media has completely ignored the fact that

In 1995, when the Presidency was in the hands of the despised Bill Clinton, government regulators overseeing skullduggery on Wall Street referred 1,837 cases to the Justice Department for prosecution. That number has gone down. Between 2007 and 2010, the Justice Department has received just 72 referrals a year (on average).

Gosh. How can this be? I guess investment bankers are simply more honest than they used to be.

You won’t see this issue discussed on CNN. It’s not newsworthy.

I did not know that. Thank you Joseph Cannon. F&ck you CNN (and HLN and Nancy Grace).

As part of extensive preparations for the raid that killed Bin Laden in May, CIA agents recruited a senior Pakistani doctor to organise the vaccine drive in Abbottabad, even starting the “project” in a poorer part of town to make it look more authentic, according to Pakistani and US officials and local residents.

The doctor, Shakil Afridi, has since been arrested by the Inter-Services Intelligence agency (ISI) for co-operating with American intelligence agents.

Relations between Washington and Islamabad, already severely strained by the Bin Laden operation, have deteriorated considerably since then. The doctor’s arrest has exacerbated these tensions. The US is understood to be concerned for the doctor’s safety, and is thought to have intervened on his behalf.

The vaccination plan was conceived after American intelligence officers tracked an al-Qaida courier, known as Abu Ahmad al-Kuwaiti, to what turned out to be Bin Laden’s Abbottabad compound last summer. The agency monitored the compound by satellite and surveillance from a local CIA safe house in Abbottabad, but wanted confirmation that Bin Laden was there before mounting a risky operation inside another country.

DNA from any of the Bin Laden children in the compound could be compared with a sample from his sister, who died in Boston in 2010, to provide evidence that the family was present.

Jeralyn at Talk Left has finally decided that Obama deserves to get a pink slip. Yes, I know, she should have known better. But please go read anyway.

I’m going to end with a story about a long ago murdered child and how the case has been solved–54 years later. Maria Ridulph disappeared in 1957 when she was 7 years old. Maria and her best friend Kathy were playing on the street one day.

Kathy Chapman, who was 8 at the time, recalled that she and Maria were under a corner streetlight when a young man she knew as “Johnny” offered them a piggyback ride. Chapman, now 61 and living in St. Charles, Ill., told the AP she ran home to get mittens and that when she returned, Maria and the man were gone.

Maria’s disappearance and death had a powerful effect on her small community.

Charles “Chuck” Ridulph always assumed the person who stole his little sister from the neighborhood corner where she played and dumped her body in a wooded stretch some 100 miles away was a trucker or passing stranger — surely not anyone from the hometown he remembers as one big, friendly playground.

And, after more than a half century passed since her death, he assumed the culprit also had died or was in prison for some other crime.

On Saturday, he said he was stunned by the news that a one-time neighbor had been charged in the kidnapping and killing that captured national attention, including that of the president and FBI chief. Prosecutors in bucolic Sycamore, a city of 15,000 that’s home to a yearly pumpkin festival, charged a former police officer Friday in the 1957 abduction of 7-year-old Maria Ridulph after an ex-girlfriend’s discovery of an unused train ticket blew a hole in his alibi. 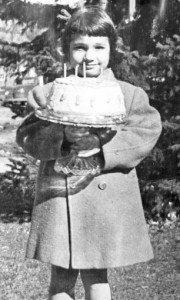 From the Seattle Times:

A judge in Seattle set bail Monday at $3 million for Jack Daniel McCullough, of Seattle, a former police officer who denies he is the man Illinois police have been seeking in the 1957 slaying of a young girl….

McCullough, 71, a former police officer in Milton and Lacey, has been living in North Seattle and working as a night watchman in a senior-housing facility, Four Freedoms.

McCullough, 18 at the time of the girl’s death, had been a suspect early in the investigation. He lived about a block from where the girl disappeared and matched the description of a man seen at the site.

At the time, police did not show Maria’s best friend Kathy a picture of their suspect. But last year, they showed her a picture of the teenaged McCullough (then using the last name Tessier) and she recognized him.

That’s all I’ve got for today. What are you reading and blogging about?