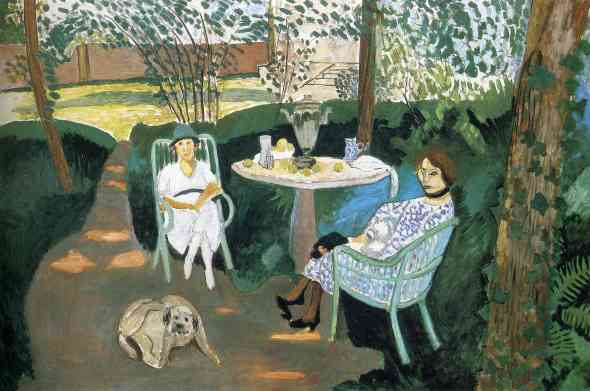 I’m getting a slow start again today. We’re having another heat wave here, and its throwing my circadian rhythms off. It’s hard to get to sleep at night because it’s so hot, and then I wake up at around 5AM when it has cooled down some, then fall back into a deep sleep and wake up a few hours later feeling drugged. I’m just drinking my iced coffee now and trying to get myself going. The good news is that at this time of year it does cool down quite a bit at night.

Hillary Clinton is in the news this morning, and as usual, even when she does something positive like requesting the release of all of her State Department emails or hold a meeting with activists and then release the video, the media reports it in a negative light. Here’s the video:

I hope Hillary supporters will watch the videos and not just read the media reports; because she gives intelligent, sensible answers. I linked to a blog post by Oliver Willis a few days ago in which he suggests that the activists are focusing on getting Hillary to say she’s sorry for things her husband did in the 1990s instead of pushing for real changes in policies. He was right.

“All I’m saying is, your analysis is totally fair, it’s historically fair, it’s psychologically fair, it’s economically fair. But you’re going to have to come together as a movement and say, ‘Here’s what we want done about it,’ ” Clinton says to a few members of the movement in the video posted by GOOD Magazine.

“Because you can get lip service from as many white people as you can pack into Yankee Stadium and a million more like it,” Clinton adds later. “Even for us sinners, find some common ground on agendas that can make a difference right here and now in people’s lives.”

Clinton met with the group of Boston-area Black Lives Matter activists last week after they were shut out of an event in the early voting state of New Hampshire that they planned to protest. A spokesman said they watched from an overflow room and met with Clinton afterward.

Activists who spoke with Clinton appeared on MSNBC last night to criticize her for “ducking responsibility” for policies of Bill Clinton’s administration that led to mass incarceration of black people.

Why is it that no one seems to understand that Bill and Hillary Clinton are two separate people with separate views of the world? Do they really believe that the wife of a president makes the laws of the land?

Still, Hillary did respond to the accusations. CNN: 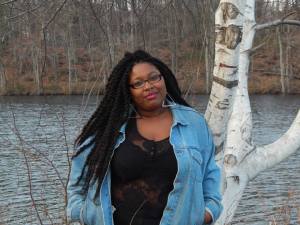 The activists, led by Daunasia Yancey, founder of Black Lives Matter in Boston, pressed Clinton on her family’s role in promoting “white supremacist violence against communities of color.”

Clinton acknowledged during the conversation that laws put into place by her husband, former President Bill Clinton, did not work out as planned.

“I do think that there was a different set of concerns back in the ’80s and the early ’90s. And now I believe that we have to look at the world as it is today and try and figure out what will work now,” she said. “And that’s what I’m trying to figure out and that’s what I intend to do as president.”

But Clinton also told the protestors that she was “not sure” she agreed with the activists that her husband’s policies were racist.

“I do think that a lot of what was tried and how it was implemented has not produced the kinds of outcomes that any of us would want,” she said. “But I also believe that there are systemic issues of race and justice that go deeper than any particular law.”

But for some reason all the activists wanted was for Hillary to show contrition in some way. Was she supposed to break down sobbing? I’m not sure what they wanted. Read more about it at CNN. 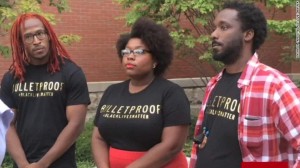 Julius Jones is the man on the right.

The first video starts with [Julius] Jones spending three minutes going over America’s history of violence toward black people, ending with Clinton’s role in perpetuating mass incarceration. He concluded with a thoughtful question on what that means to Clinton personally — “Now, they may have been unintended consequences, but now that you understand the consequences, what in your heart has changed that’s going to change the direction of the country?” he asked — and a Clinton aide interrupted before she could answer.

Specifically, what was Hillary’s role in this? Do they believe she was actually running the country with Bill as just a figurehead? Continuing,

Clinton started off with a standard politician answer, recapping her lifelong advocacy for minority children, then offered some insight into how she wants to frame the issue on the campaign trail. “Once you say that this country has still not recovered from its original sin, which is true, the next question by people who are on the sidelines, which is the vast majority of Americans, is ‘So, what do you want me to do about it?'” she said. “I’m trying to put together in a way that I can explain it and I can sell it, because in politics if you can’t explain it and you can’t sell it, it stays on the shelf.” ….

Jones objected to Clinton suggesting that Black Lives Matter needs to have clearer policy goals to get the rest of the country onboard. “I say this as respectfully as I can: If you don’t tell black people what we need to do, then we won’t tell you all what you need to do,” Jones said, adding that “this is and has always been a white problem of violence” and there isn’t much black people can do to stop it.

Really? So candidates and activists should not communicate about changes in legislation and policy? As Oliver Willis noted, the activists don’t seem focused on policies for the future. I really hope this analysis is wrong, but it does sound like this movement may go the way of Occupy Wall Street if they don’t start telling candidates what policies they would support.

I know you’ve probably seen the headlines suggesting that Hillary is no longer the most likely candidate to get the Democratic nomination, so I won’t bother posting them. Here’s a response from Nate Silver, based on actual data: Hillary Clinton’s Inevitable Problems.

Clinton’s favorability rating has, in fact, fallen quite a lot, to an average of about 42 percent favorable and 48 percent unfavorable in recent polls.

Numbers like those, when combined with the “emailgate” scandal and Sen. Bernie Sanders’s position in the polls (he’s now running very close to Clinton in New Hampshire, although not in Iowa or nationally), have a lot of commentators saying Clinton’s campaign has had an unexpectedly rough start. “Hillary is probable, but no longer inevitable,” wrote David Horsey of the Los Angeles Times, assessing her chances to win the nomination.

Horsey is right to deal in probabilities rather than certainties. Personally, I give Clinton about an 85 percent chance of becoming the Democratic nominee. (The general election is a whole different story.) That’s a pinch higher than betting markets, which put her chances at 75 to 80 percent.

But those betting markets, unlike some pundits, haven’t changed their assessment of Clinton much. In the markets, her probability of winning the nomination is still close to its all-time high and has barely budged in the past few months, rarely falling much below 75 percent or rising much above 80 percent.

Emailgate? #feelthebern? Clinton’s declining favorables? The betting markets think everything that’s happened to Clinton so far in the campaign is pretty much par for the course. It’s not that these markets are clairvoyant; they presumably didn’t know there would be a scandal involving Clinton and her email server, for instance. But it was a pretty good bet that there would be some scandal involving Clinton. (It’s not as though there is an absence of them to pick from.) Likewise, while you might or might not have identified Sanders as the person to do it, it was a pretty good bet that somechallenger to Clinton would be situated about where Sanders is in the polls. So events like these were “priced in” to her stock. Let’s look at each of them in a bit more depth.

Please go read the rest at the FiveThirtyEight link above.

I’d like to call your attention to an essay by Valerie Tarico published at Raw Story: Republicans want 10-year-old girls to give birth to ‘rape’ babies — here’s what the Bible sas about that. Tarico is a former evangelical christian who is now a psychologist who writes about “the intersection between religious belief, psychology and politics, with a growing focus on women’s issues and contraceptive technologies that she thinks are upstream game changers for a broad range of challenges that humanity faces.”

In her lengthy essay, Tarico demonstrates that in the Bible women have no function except to bear children and serve men. They are not seen as autonomous human beings who should have choices about any aspect of their lives. We all know this, but reading the biblical examples she gives is still highly enlightening.

The Intercept: Why Did the FBI Spy on James Baldwin?

People: Donald Trump Reports for Duty (Jury Duty That Is!) After Five Summonses.

Washington Post: State Department flags 305 more Clinton e-mails for review. (Go down several paragraphs and you’ll learn that none of the emails were classified at the time and Clinton is not being accused of any wrongdoing. The review of the emails is simply for the purpose of deciding what material should be released under the Freedom of Information Act.)

NPR: For The First Time, Women Will Graduate From Army’s Rigorous Ranger School.