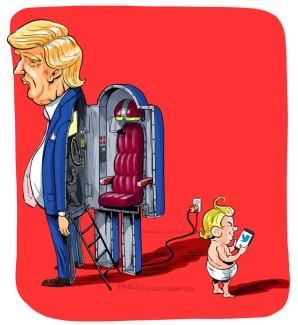 The Dotard is not looking or sounding good this morning. He must be missing his executive time watching Fox News this morning. Trump was at the UN trying out a new excuse for his corrupt bullying of Ukraine. Supposedly he secretly held back the aid because other countries weren’t giving enough.

Then he gave a slow-motion speech full of slurred words. His face was bloated and expressionless, and he appeared to be struggling to read the teleprompter, squinting his eyes and craning his neck forward.

Said slowly, blankly: "As long as I am president of the United Statessss…."

Trump looked like a reanimated carcass at his UN, slow-mo, slurring speech- sounding stricken, drugged, barely able to get words out & disconnected from what he was saying. Snot began running out of his nose during the wind-up. His family & cabinet clapped at the end. He's unwell

Commerce Secretary Wilbur Ross appeared to be dozing off in his chair.

Is Wilbur Ross … is he sleeping through Trump's #unga speech? pic.twitter.com/rmzjtuFedB

The Dotard’s kids were in the audience, hoping he could somehow make it through the “speech” before he keeled over.

Kids all worried about what's going on with Trump's slow, slurred speechifying at the UN: pic.twitter.com/Mx11lJeQA4

Here’s a longer excerpt, posted by an expert on authoritarian regimes.

So this isn’t remotely normal. He does not seem well. pic.twitter.com/BeIIQwwoLJ

This robotic, senile, yet dangerous “person” is supposedly the president of the United States.

I’ll get to Ukraine and impeachment talk in a minute, but first I want to highlight this op-ed by the publisher of The New York Times A.G. Sulzberger. I hope you’ll go read the whole thing, but here’s the breaking news part: the Trump administration refused to help a NYT reporter who was in danger of being arrested in Egypt.

Two years ago, we got a call from a United States government official warning us of the imminent arrest of a New York Times reporter based in Egypt named Declan Walsh. Though the news was alarming, the call was actually fairly standard. Over the years, we’ve received countless such warnings from American diplomats, military leaders and national security officials.

But this particular call took a surprising and distressing turn. We learned the official was passing along this warning without the knowledge or permission of the Trump administration. Rather than trying to stop the Egyptian government or assist the reporter, the official believed, the Trump administration intended to sit on the information and let the arrest be carried out. The official feared being punished for even alerting us to the danger. 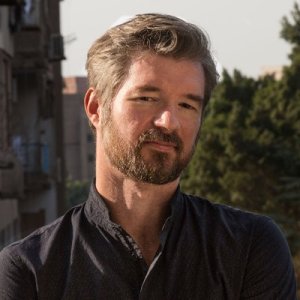 Unable to count on our own government to prevent the arrest or help free Declan if he were imprisoned, we turned to his native country, Ireland, for help. Within an hour, Irish diplomats traveled to his house and safely escorted him to the airport before Egyptian forces could detain him.

We hate to imagine what would have happened had that brave official not risked their career to alert us to the threat.

Eighteen months later, another of our reporters, David Kirkpatrick, arrived in Egypt and was detained and deported in apparent retaliation for exposing information that was embarrassing to the Egyptian government. When we protested the move, a senior official at the United States Embassy in Cairo openly voiced the cynical worldview behind the Trump administration’s tolerance for such crackdowns. “What did you expect would happen to him?” he said. “His reporting made the government look bad.”

You have to wonder why NYT reporters like Ken Vogel and Maggie Haberman are so protective of Trump. Check out this example at The Daily Beast: Author of New York Times’ Controversial Biden-Ukraine Story Becomes New Ukrainian President’s Spokeswoman.

The New York Times last month published a controversial 2,500-word report raising questions about whether Joe Biden used his position as vice president to meddle in Ukrainian politics for the benefit of a company that employed his son.

Now one of the piece’s authors has announced she has taken a job as the new Ukrainian president’s spokesperson—sparking a new round of criticism of the Times’ story.

“If you want changes—make them. I am glad to join Volodymyr Zelensky’s team. We will do everything possible to be as open to the media and society as we can,” Iuliia Mendel said Monday in a press release.

Her May 1 Times piece detailed how in 2016, then-Vice President Biden successfully pushed Ukraine to oust Viktor Shokin, the country’s top prosecutor who’d been criticized by the U.S. as an impediment to corruption reform. The story suggested the possibility that Biden was motivated to push for Shokin’s removal because the prosecutor investigated the head of Burisma Holdings, a Ukrainian energy company where the veep’s son Hunter Biden was a board member.

The article provided no evidence to support the accusations against Biden, but the NYT pushed Trump and Giuliani’s false claims anyway.

President Trump told his acting chief of staff, Mick Mulvaney, to hold back almost $400 million in military aid for Ukraine at least a week before a phone call in which Trump is said to have pressured the Ukrainian president to investigate the son of former vice president Joe Biden, according to three senior administration officials.

Officials at the Office of Management and Budget relayed Trump’s order to the State Department and the Pentagon during an interagency meeting in mid-July, according to officials who spoke on the condition of anonymity to discuss internal deliberations. They explained that the president had “concerns” and wanted to analyze whether the money needed to be spent. 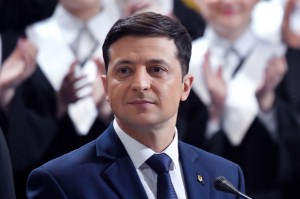 Administration officials were instructed to tell lawmakers that the delays were part of an “interagency process” but to give them no additional information — a pattern that continued for nearly two months, until the White House released the funds on the night of Sept. 11.

Trump’s order to withhold aid to Ukraine a week before his July 25 call with Volodymyr Zelensky is likely to raise questions about the motivation for his decision and fuel suspicions on Capitol Hill that Trump sought to leverage congressionally approved aid to damage a political rival.

Our lives have been defined by national service. We are not career politicians. We are veterans of the military and of the nation’s defense and intelligence agencies. Our service is rooted in the defense of our country on the front lines of national security.

We have devoted our lives to the service and security of our country, and throughout our careers, we have sworn oaths to defend the Constitution of the United States many times over. Now, we join as a unified group to uphold that oath as we enter uncharted waters and face unprecedented allegations against President Trump.

The president of the United States may have used his position to pressure a foreign country into investigating a political opponent, and he sought to use U.S. taxpayer dollars as leverage to do it. He allegedly sought to use the very security assistance dollars appropriated by Congress to create stability in the world, to help root out corruption and to protect our national security interests, for his own personal gain. These allegations are stunning, both in the national security threat they pose and the potential corruption they represent. We also know that on Sept. 9, the inspector general for the intelligence community notified Congress of a “credible” and “urgent” whistleblower complaint related to national security and potentially involving these allegations. Despite federal law requiring the disclosure of this complaint to Congress, the administration has blocked its release to Congress.

This flagrant disregard for the law cannot stand. To uphold and defend our Constitution, Congress must determine whether the president was indeed willing to use his power and withhold security assistance funds to persuade a foreign country to assist him in an upcoming election.

They go on to call for impeachment hearings and even using inherent contempt to force the administration to turn over documents and witnesses.

Speaker Nancy Pelosi has called a meeting of the Democratic caucus for this afternoon. CNN reports:

House Speaker Nancy Pelosi will meet with key committee chairmen who are leading investigations into President Donald Trump, ahead of a full caucus meeting Tuesday afternoon, according to Democratic sources, in what appears to be a crucial day for the party and their strategy on whether to impeach the President. 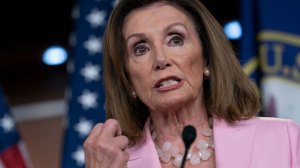 Amid a new slate of Democratic lawmakers opening the door to impeachment proceedings, Pelosi will consult with the six House Democratic leaders to discuss their presentation to the caucus later in the day, Democratic sources familiar with the issue say. The speaker has been on the phone with her colleagues over the last several days to take the temperature of the whistleblower complaint against Trump as she decides whether to embrace impeachment, Democrats say.

In an interview with CNN Monday night, Pelosi declined to say whether she would fully endorse initiating an impeachment inquiry when she meets with the caucus Tuesday.
But she left little doubt the developments around the whistleblower’s complaint had dramatically escalated the standoff with Trump and a move toward impeachment proceedings was all but certain.
“We will have no choice,” Pelosi said of ultimately getting behind an impeachment inquiry.

Some of Pelosi’s closest allies, including House Reps. Rosa DeLauro of Connecticut and Debbie Dingell of Michigan, have signaled their support for impeachment proceedings — a significant indicator that the speaker could be moving closer to backing the divisive political procedure.

The news is full of impeachment talk this morning. Here are some stories to check out:

The Washington Post: Pelosi quietly sounding out House Democrats about whether to impeach Trump, officials say.

Joyce White Vance at Time: Trump Is Leaving Congress No Choice But to Impeach.

Jonathan Chait at New York Magazine: Why Trump Has Finally Forced the House to Impeach Him.

The Daily Beast: Trump Impeachment: House Dems Are Discussing a ‘Select Panel’ to Handle the Task.

What stories are you following on this Terrifying Tuesday?