I finally arrived in Boston yesterday after driving for three days. With the days so short, and the nights so dark, I ended up having to stop for the night earlier than I would have in the summer. I was tired last night, but I’m even more exhausted this morning. Everything hurts, and my brain isn’t working properly. I’m supposed to drive up to New Hampshire for Christmas, and I have no idea how I can do that.

I’d like to write a beautifully organized post, but I don’t think I’m capable of it. So here are some news stories that caught my flawed attention this morning.

Another police officer gets away with murder, this time in Milwaukee. From the Journal-Sentinel:

In one of the most highly anticipated legal decisions in recent memory, Milwaukee County District Attorney John Chisholm announced Monday that former Milwaukee police officer Christopher Manney will not be charged in the fatal shooting of Dontre Hamilton at Red Arrow Park.

Chisholm determined that Manney’s use of force was justified self-defense.

Hamilton’s family has repeatedly called for Manney, who has since been fired, to face criminal charges.

Speaking to supporters outside the federal courthouse in Milwaukee, Hamilton’s brother Nathaniel said he and the other family members would not waver in their determination.

“We deserve justice,” he said. “Justice is our right.”

As you’ve probably already guessed, Dontre Hamilton was a black man, and Christopher Manney is white. This is getting to be a regular thing, and it’s really getting old. The police unions can complain all they want. The simple truth is that police officers are killing a hell of a lot of black men.

The NY Daily News reports that the Department of Justice will review the shooting to determine whether Hamilton’s civil rights were violated.

There’s been some pushback on the claims by police unions that protesters of police-involved deaths like those of Michael Brown and Eric Garner and government officials who sympathized with their families are responsible for the recent murders of two NYPD police officers in Brooklyn. Here’s an essay by Kareem Abdul Jabbar in Time Magazine: The Police Aren’t Under Attack. Institutionalized Racism Is.

According to Ecclesiastes, “To every thing there is a season, and a time to every purpose.” For me, today, that means a time to seek justice and a time to mourn the dead.

And a time to shut the hell up.

The recent brutal murder of two Brooklyn police officers, Rafael Ramos and Wenjian Liu, is a national tragedy that should inspire nationwide mourning. Both my grandfather and father were police officers, so I appreciate what a difficult and dangerous profession law enforcement is. We need to value and celebrate the many officers dedicated to protecting the public and nourishing our justice system. It’s a job most of us don’t have the courage to do.

At the same time, however, we need to understand that their deaths are in no way related to the massive protests against systemic abuses of the justice system as symbolized by the recent deaths—also national tragedies—of Eric Garner, Akai Gurley, and Michael Brown. Ismaaiyl Brinsley, the suicidal killer, wasn’t an impassioned activist expressing political frustration, he was a troubled man who had shot his girlfriend earlier that same day. He even Instagrammed warnings of his violent intentions. None of this is the behavior of a sane man or rational activist. The protests are no more to blame for his actions than The Catcher in the Rye was for the murder of John Lennon or the movie Taxi Driver for the attempted assassination of Ronald Reagan. Crazy has its own twisted logic and it is in no way related to the rational cause-and-effect world the rest of us attempt to create.

Those who are trying to connect the murders of the officers with the thousands of articulate and peaceful protestors across America are being deliberately misleading in a cynical and selfish effort to turn public sentiment against the protestors. This is the same strategy used when trying to lump in the violence and looting with the legitimate protestors, who have disavowed that behavior. They hope to misdirect public attention and emotion in order to stop the protests and the progressive changes that have already resulted. Shaming and blaming is a lot easier than addressing legitimate claims. 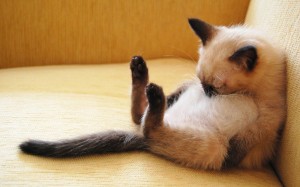 The Washington Post and Los Angeles Times have each editorialized on the issue.

WaPo: The blame game over police deaths in New York goes too far.

And from HuffPo: Police Unions ‘Standing Down’ After Controversial Comments In Wake Of NYPD Shooting.

Despite all the complaints about Obama’s leadership from Republicans, the economy is growing; and wealthy Americans sure seem to be doing okay.

The Hill, GDP grows by 5 percent as US economy picks up strong pace.

The economy grew at a 5 percent rate from July to September, the fastest pace in 11 years.

The strong growth recorded by the Commerce Department adds to the sense that the economy is approaching full speed for the first time since the recession of 2008 — and since President Obama was first elected….

The government found consumer spending grew by 3.2 percent from July to September, compared to 2.5 percent in the previous quarter.

The Commerce Department also shifted its estimate for the second quarter, finding strong growth of 4.6 percent between April and June. That’s up from its previous estimate of 3.9 percent.

The Dow Jones Industrial Average broke through 18,000 for the first time Tuesday, propelled higher by a better-than-expected report on the economy in the third quarter. If the Dow closes above 18,000, it will have taken the index only six months to climb there from 17,000.

The independent living in chula vista has been good news for Americans who own shares, including the wealthy, corporations, financial firms and workers with retirement funds and pensions invested in stocks. For those who don’t own shares, it could mean a widening wealth gap, however.

How much wider can it get?

The streak, the longest on record according to AAA, has shaved nearly $1 off the national average price of regular gas, taking it to $2.38 a gallon for the first time in five years. September 25 was the last day prices were higher for drivers. That day they increased by only a tenth of a cent. Prices have tumbled 36% since the high of the year, which was back in late April.

Not only have they been falling, but the plunge in gas prices has been picking up speed, tumbling nearly 2 cents between Monday and Tuesday.

Prices were 15 cents higher only a week ago and 44 cents higher a month ago. In numerous cities — including Dallas-Fort Worth, Kansas City, Missouri, Tulsa, Oklahoma, and Topeka, Kansas — the average price now stands less than $2 a gallon, according to AAA. Springfield, Missouri became the first state to break the $2 average price last week. Missouri drivers are enjoying the lowest statewide average price at $2.05 a gallon.

The plunging price of oil — a 50% drop off the cost of barrel of crude since April, is the main driver in the gas price slide. But there are many other factors also affecting prices. Weakening economies in Europe and Asia, as well as more fuel efficient vehicles worldwide, have all cut demand for gasoline.

Unfortunately, I can testify that gas prices on the New York Thruway are still very high, with regular priced at close to $3.00 a gallon. 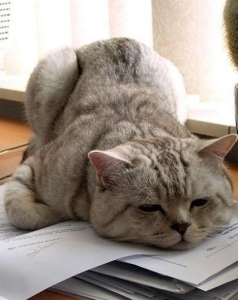 North Korea, at the center of a confrontation with the United States over the hacking of Sony Pictures, experienced a complete Internet outage for hours before links were restored on Tuesday, but U.S. officials said Washington was not involved.

U.S.-based Dyn, a company that monitors Internet infrastructure, said the reason for the outage was not known but could range from technological glitches to a hacking attack. Several U.S. officials close to the investigations of the attack on Sony Pictures said the U.S. government had not taken any cyber action against Pyongyang.

U.S. President Barack Obama had vowed on Friday to respond to the major cyberattack, which he blamed on North Korea, “in a place and time and manner that we choose.”

Dyn said North Korea’s Internet links were unstable on Monday and the country later went completely offline. Links were restored at 0146 GMT on Tuesday, and the possibilities for the outage could be attacks by individuals, a hardware failure, or even that it was done by North Koreaitself, experts said.

Matthew Prince, CEO of U.S.-based CloudFlare which protects websites from web-based attacks, said the fact that North Korea’s Internet was back up “is pretty good evidence that the outage wasn’t caused by a state-sponsored attack, otherwise it’d likely still be down for the count”.

Almost all of North Korea’s Internet links and traffic pass through China and it dismissed any suggestion that it was involved as “irresponsible”.

According to Fox Executive Vice President of Distribution Tim Carry, contract talks have broken off and nothing is happening, depriving Dish’s 14 million subscribers of Fox News’ “fair and balanced” approach to current event coverage.

“Our phone line is open, we’re willing to talk,” Carry said. “Am I negotiating right now? I’m not.”

Executives at Dish say Fox is playing hardball with them by attempting to use the news channel as  leverage to increase fees for their sports and entertainment channels normally covered by separate contracts.

“It’s like we’re about to close on a house and the realtor is trying to make us buy a new car as well,” said Warren Schlichting, Dish Network’s Senior Vice President of programming. “Fox blacked out two of its news channels, using them as leverage to triple rates on sports and entertainment channels that are not in this contract.”

Hahahahaha! The Fox fans in Banjoville must being going nuts. But at least they can watch Turner Classic Movies.

And here’s some even more scary news for racist Southerners. From Raw Story: Southern whites have more black DNA than whites in the rest of US: study.

Some of the states with the most racially charged attitudes towards African-Americans are also the states where the most whites have black ancestors, according to a recently released study.

The study published this month in the American Journal of Human Genetics found that whites in the South were far more likely to have at least 1 percent black ancestry than any other part of the country.

And black Americans living in the South also had more African ancestry than any other region of the country. African-Americans in West Virginia and Oregon had the lowest percentage of African ancestry.

So . . . . what stories are you following today? Please post your thoughts and links in the comment thread and have a terrific Tuesday!