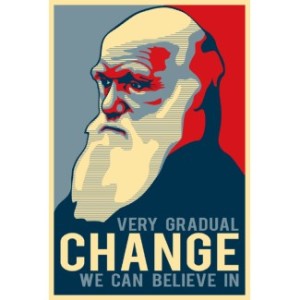 I’ve noticed that we seem to be seeing a lot of change recently along with a lot of people that would prefer to stick their heads in the sand and try to legislate the world back 100 years.  It really seems like science, voter sentiment, and the world are at odds with the vision of our leaders these days.  Here are some examples.

A study done by the U.S. Jet Propulsion Laboratory, was just published in Geophysical Research Letters here provides some pretty clear evidence that the  polar ice sheet mass loss is accelerating at a rate that is increasing exponentially.

It’s been clear for a while that the  polar ice sheet mass loss is accelerating (see Large Antarctic glacier thinning 4 times faster than it was 10 years ago: “Nothing in the natural world is lost at an accelerating exponential rate like this glacier”).

But the new study is a bombshell because of its credibility and thoroughness — and because it provides perhaps the most credible estimate to date of the sea level rise we face in 2050 on our current emissions path, 1 foot.

The JPL news release runs through the calculation that leads to the 1-foot estimate:

The authors conclude that, if current ice sheet melting rates continue for the next four decades, their cumulative loss could raise sea level by 15 centimeters (5.9 inches) by 2050. When this is added to the predicted sea level contribution of 8 centimeters (3.1 inches) from glacial ice caps and 9 centimeters (3.5 inches) from ocean thermal expansion, total sea level rise could reach 32 centimeters (12.6 inches). While this provides one indication of the potential contribution ice sheets could make to sea level in the coming century, the authors caution that considerable uncertainties remain in estimating future ice loss acceleration.

It is always worthwhile to make clear that the projections are uncertain.  On the other hand, one would have to say that the uncertainty is greater on the high side — since the rate of human-caused warming is itself projected to accelerate, and the poles are the place where the planet is heating up the most, much faster than expected (see “Deep ocean heat is rapidly melting Antarctic ice:  Oceanographer at AGU: Western Antarctic Peninsula is seeing “the highest increase in temperatures of anywhere on Earth”).

Senator Lindsey Graham wants Director of National Intelligence General Clapper to resign because he answered a question truthfully. It’s even unclear if Graham was even in the hearing for the entire committee interview.

Sen. Lindsey Graham, R-S.C., in an exclusive interview with Fox News correspondent Carl Cameron, called for Gen. James Clapper to resign or be fired as Director of National Intelligence, citing his comments before the Senate Armed Services Committee this morning, on which Graham sits.

Clapper had stated his belief that the Qaddafi regime, in the long term would “prevail” in Libya, and also assessed China and Russia to be primary threats to the United States.

Graham told Cameron that he lacks confidence in Clapper’s understanding of his job, that President Obama should “repudiate” Clapper’s remarks, and that this is the third time Clapper has faltered in this way.

It’s rather evident from the news reports that the evil empire is winning against the ewoks right now.  What’s Graham’s problem? He’d prefer the varnished untruth instead?  Clapper was also asked a very specific question in terms of threats to the US from just numbers of weapons and troops. The answer?  China and the USSR, of course.  I guess they wanted to hear Iraq and North Korea.  Clapper directly answered pertinent the question.  He just didn’t spin it the way the warhawks wanted.  I guess every one decided that he should’ve discounted the huge number of weapons, troops, and WMDS held by the other two super powers and gone straight to the little guys that can’t reach us from their neck of the globe.

Clapper clarified that North Korea and Iran are “of great concern,” but questioned whether they pose a “direct mortal threat” to the United States. The intelligence chief seemed to be focused on which countries have the capability, not necessarily the intent, to threaten the United States. 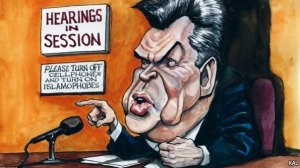 WonktheVote posted a thread earlier this week showing that the threat of terrorism in the US comes more from white, right wing military groups than from radicalized American Muslims. This evidence contrasts Peter King’s McCarthyism style hearing yesterday which relied on only personal stories.  There were no people invited to testify from law enforcement, the FBI, or Homeland Security.  Understandly, so there’s more evidence on who we should fear at C&L. Dave Niewert must’ve read her!!!  Niewert document 22 cases in these kind of violence in the last tw0 years and shows a map.  They’ve occurred all over the place.

In their eagerness to promote Peter King’s dubious and nakedly Islamophobic hearings on homegrown Islamic-radical terrorism, O’Reilly and his Fox colleagues have openly sneered at suggestions that we ought to do the same for right-wing extremists and their mounting acts of violence. This case definitively underscores that need, embodied in the 22 cases we’ve documented over the past two and a half years:

Simultaneously, it’s also not very clear that the Islamic radicals pose a serious threat in terms of domestic terrorist activity. Certainly, there’s plenty of reasons to believe that the threat of homegrown Islamic terrorism is wildly overstated — not least of which is the fact that, as Zaid Jilani at ThinkProgress reported, terrorism incidents in the USA have been coming from non-Muslim sources at nearly twice the rate as that of Muslims.

Lexington at The Economist had this to say about the hearings.

It is indeed hard to find much to like in Mr King. The representative for Long Island has approached this most sensitive of subjects with the delicacy of a steamroller, plus an overactive imagination and a generous dollop of prejudice. To be clear: he may not be prejudiced against America’s Muslims (the “overwhelming majority” are “outstanding Americans”, he says) but he long ago prejudged the question his own hearings are supposed to answer, being already firmly of the view that the country’s Muslims are doing too little to counter radicalisation within their ranks. He is the author of a novel, “Vale of Tears”, in which a heroic version of his thinly disguised self busts a home-grown al-Qaeda cell at a Long Island Islamic centre. His own attitude to terrorism, though, is conveniently elastic. In the 1980s this Irish-American Catholic sympathised strongly with the Irish Republican Army, going so far as to compare Gerry Adams, the leader of Sinn Fein, the terrorist group’s political wing, to George Washington.

Beyond these objections to his person, prejudices and past, most of the available evidence suggests that Mr King’s central thesis is overblown, if not flat wrong. Muslim co-operation with the authorities is not perfect, but by most accounts—including those of Robert Mueller, the director of the FBI, and Eric Holder, the attorney-general—the community has in general worked hard to expose terrorist plots in its midst. In one prominent case last year, for instance, five men from northern Virginia who had travelled to Pakistan in search of jihad were convicted after their families tipped off the FBI. The Triangle Centre on Terrorism and Homeland Security, a research group affiliated with Duke University and the University of North Carolina, reported recently that 48 of the 120 Muslims suspected of plotting terror attacks in America since the felling of the twin towers in 2001 were turned in by fellow Muslims.

While blasting Walker and Wisconsin’s Republican legislators for their “absolute corruption of democracy” in passing an anti-labor bill, the leader of the nation’s largest union group thanked the governor for getting activists fired up. “We probbably should have invited him here today to receive the Mobilizer of the Year Award,” Trumka said Thursday morning while speaking to the National Press Club in Washington D.C. “Wisconsin is the beginning — it’s pushing the start button” for pro-labor activism.

ED Kain at Forbe’s American Times says that the GOP’s war on collective bargainning will turn out to be its Waterloo.

And not just Wisconsin, but also Indiana, Michigan, Ohio, Arizona, Florida, and the rest of the over-reaching state Republicans. Governors like Scott Walker, Rick Scott, and Jan Brewer are riding on the coattails of the Tea Party, but they’ve become blind to the dangers of their radical policies.

In Wisconsin, Democrats are already promising to step-up recall efforts. But the recalls are only a small part of what is likely going to be a huge anti-Republican backlash across the nation, as working Americans finally realize what that party actually stands for: an playing field heavily tilted toward the rich and powerful, toward corporate power, and against worker rights.

Wow, what a week!  What’s been on your mind and your reading and blog list?