Where would be without a live debate thread especially when it’s Kamala vs the guy who calls his wife mother?

So,  we will be following the debate antics.  Here’s the details:

And here’s the downlow:  “How to watch the vice presidential debate” by Caroline Linton of CBS.

Vice President Mike Pence and Democratic nominee Kamala Harris will meet for their first and only debate on Wednesday, October 7, at the University of Utah in Salt Lake City. Susan Page of USA Today will moderate, and Pence and Harris will be separated by a plexiglass barrier.

Campaign manager Bill Stepien and former New Jersey Governor Chris Christie, both of whom helped with Mr. Trump’s debate preparation, have tested positive for COVID-19, as well as Hope Hicks, counselor to President Trump. Christie also checked into the hospital for treatment. Chris Wallace, the moderator of the first debate, said Mr. Trump arrived too late to the debate site to be tested for COVID-19 there.

Pence has been tested multiple times since then, and he said the latest test, on Wednesday, was negative.

Harris announced on Friday that she and her husband, Doug Emhoff, had both tested negative for COVID-19. To limit travel, she arrived in Salt Lake City on Friday night.

The candidates will be seated 12 feet away from each other.

So, let’s see if she can make him cry!

So here’s some things to read before it starts. We’re here for you!

Just one whopper for Joe!

Here are 10 areas where Trump and Biden are most likely to play fast and loose with the facts in tonight's debate 👇https://t.co/55Xig3Ei9o

Ahead of the first debate, conservative circles began spreading rumors that Biden would be wearing an earpiece and that he was given the questions in advance. Both are patently false. https://t.co/cjtqjtNot1

Joe Biden’s campaign denied claims by President Trump’s camp that the Democrat refused to submit to checks for an earpiece.

So, grab a cuppa or a glassa and some snacks and join us! It can’t get any more surreal than this!

It’s been a busy day today!

And yet, we’re still here!

And the graphic is from WAPO and this bit of info:

The fifth Democratic debate is being co-hosted by The Washington Post and MSNBC. It’s being held in Atlanta, at Tyler Perry Studios. Ten candidates qualified to be onstage, hitting at least 3 percent in four approved polls or at least 5 percent in two early-state polls, plus bringing in donations from at least 165,000 unique donors:

And most of us are still standing!  Heavy has some suggested your tea sipping/wine sipping suggestions.

Will we get questions on the Impeachment Hearings?  Foreign Policy?  Stay tuned!

Live Blog: Sondland Throws them ALL under the Bus 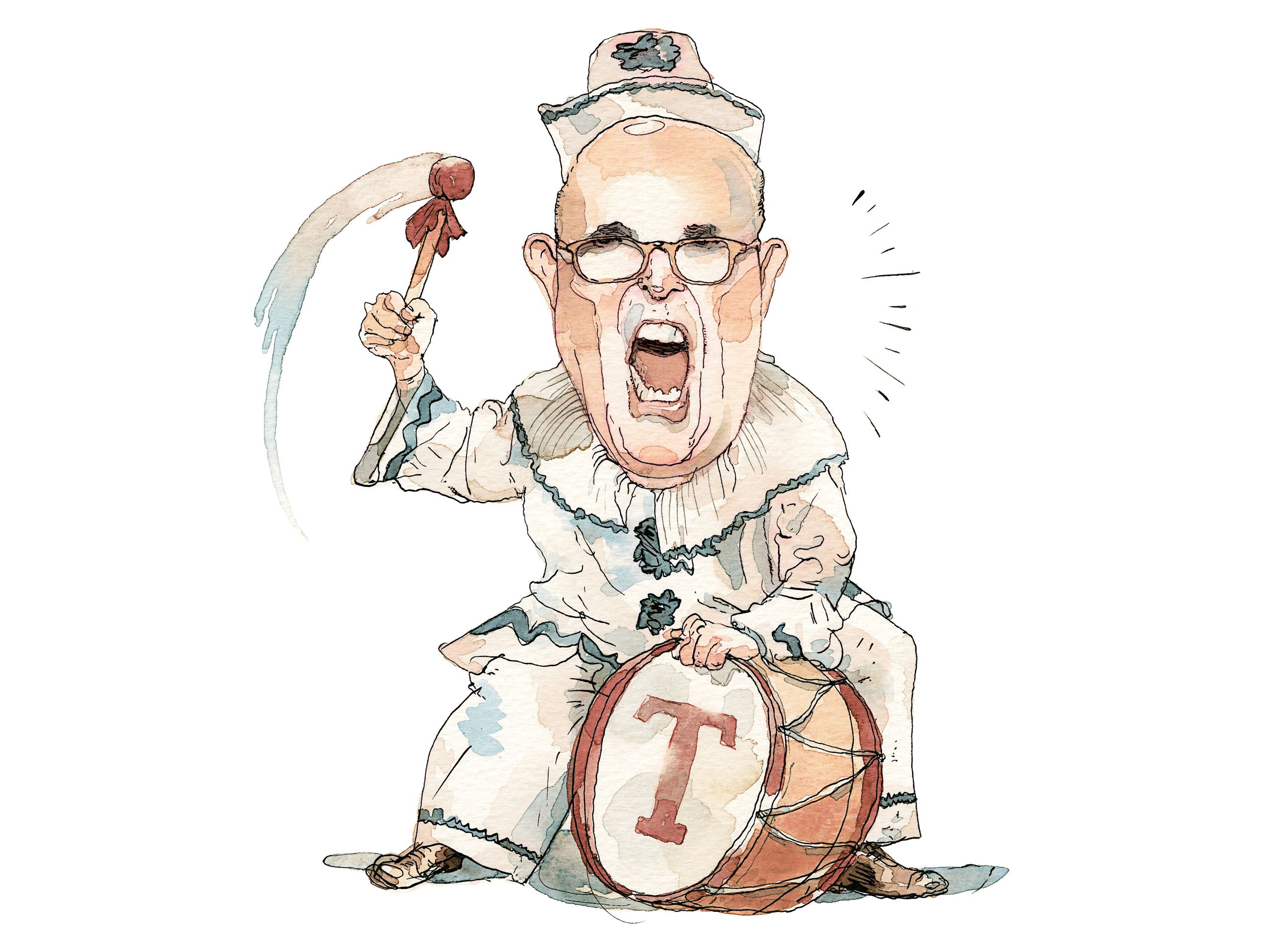 If you’re not watching this hearing … you should be …

Boom! Sondland: "Mr. Giuliani's request were a quid pro quo" and he "was expressing the desires of the President of the United States."#ImpeachmentHearings

EU Ambassador Gordon Sondland: He and others worked with Rudy Giuliani on Ukraine issues "at the express direction of the President of the United States." Adds: "We did not want to work with Mr Giuliani." Concludes: "So we followed the President's orders." pic.twitter.com/6aO2yRK4OS

Amb. Sondland lays it out plainly.

"Secretary Perry, Ambassador Volker and I worked with Mr. Rudy Giuliani on Ukraine matters at the express direction of the President of the United States. We did not want to work with Mr. Giuliani. .. We followed the President’s orders." 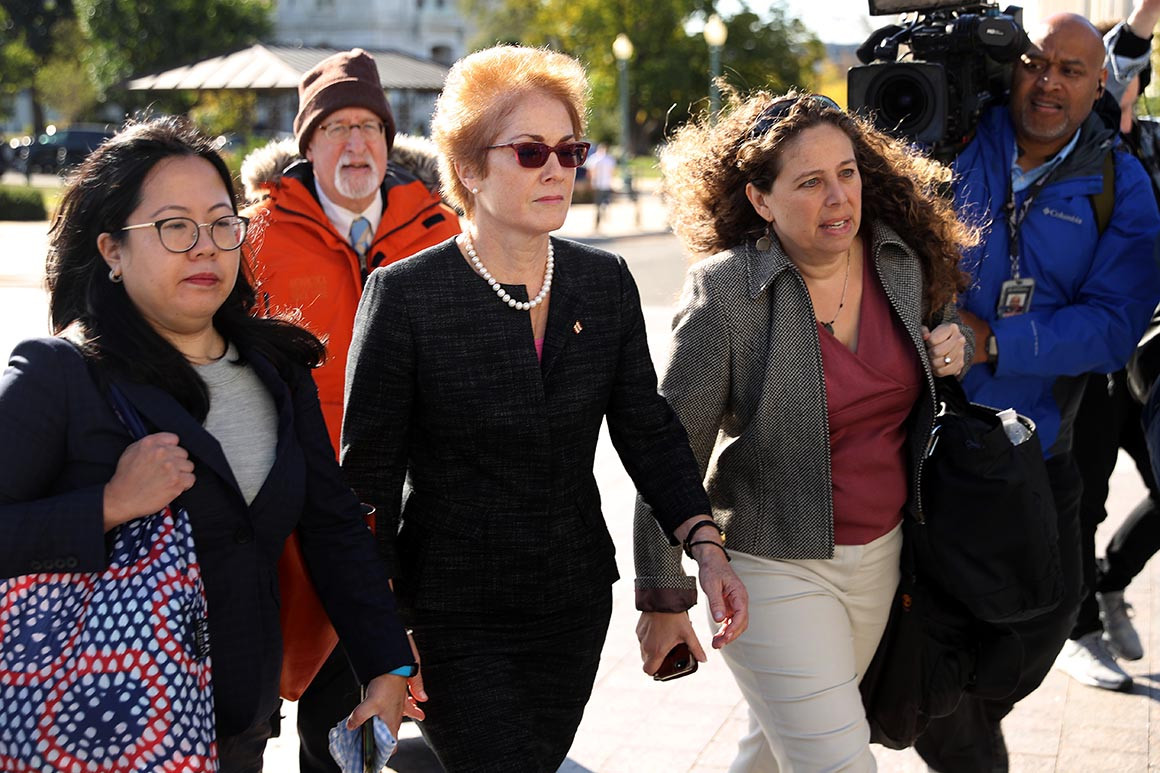 The former ambassador to Ukraine is delivering key testimony to impeachment investigators about the smear campaign against her.

Yovanovitch, a 30-year veteran of the diplomatic corps, had already been ousted by the time Trump spoke with Ukrainian President Volodymyr Zelensky on July 25. But the circumstances surrounding her departure in May have been a focal point for House impeachment investigators as they seek evidence that Trump abused his office to extract political benefit from a foreign ally — and steamrolled anyone who might thwart him/

“[Yovanovitch] was kneecapped by the grimy political and financial interests of the president and Mr. Giuliani,” Rep. Sean Patrick Maloney (D-N.Y.), a member of the House Intelligence Committee, said in an interview

Maloney added that Yovanovitch was a witness to the early efforts by Giuliani “and saw this develop in real time.”

Nancy Pelosi trolling Trump by defining “exculpatory” for him will make your day. pic.twitter.com/4Pf4eoQLjV

Schiff responds to the new Trump tweet attacking Yovanovitch: "I want to let you know, Ambassador, that some of us here take witness intimidation very, very seriously."

Oof, looks like you got Adam Schiff's attention and "witness intimidation" will now be an article of impeachment. Well done, Slappy, you're a brilliant strategist. 😂😂😂 https://t.co/YAepb9LOVH

And of course Trump is commiting crimes in public again!

Marie Yovanovitch, the former U.S. ambassador to Ukraine, who was recalled in the spring amid what she previously described as a “concerted campaign” against her, told lawmakers Friday she did not understand Rudy Giuliani’s “motives for attacking me.”

Yovanovitch’s remarks were part of an opening statement to the House Intelligence Committee in the impeachment inquiry into President Trump. Giuliani, the president’s personal lawyer, has been named by other witnesses in the inquiry as pressing for Yovanovitch’s removal.

The veteran diplomat had testified in a closed hearing on Oct. 11 that she was told by colleagues that the State Department “had been under pressure from the President to remove me since the Summer of 2018.”

Her personal story is extremely compelling and her evidence even more so.