We’re six months past a soft coup d’etat that investigations show was way worse than we thought. It came after months of careful, planning, changes in staffing at DOJ and the Pentagon, and many attempts to manipulate state officials.  The brutality to Capitol Hill Officers during the insurrection was terrifying. However, there was a clear, cynical lead-up for planners in the White House–clearly led and encouraged by Trump–as shown by a Senate Committee investigation.  This post follows up on BB’s post yesterday as more information becomes available. 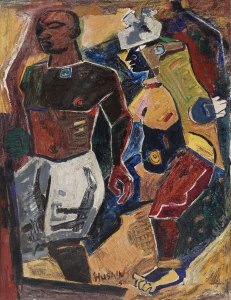 The Senate Judiciary Committee on Thursday released a sweeping report about how former President Donald Trump and a top lawyer in the Justice Department attempted to overturn the 2020 presidential election.

After the eight-month investigation, the findings highlight the relentlessness of Trump and some of his top advisers as they fixated on using the Justice Department to prop up false conspiracies of election fraud. The committee report, the most comprehensive account so far of Trump’s efforts to overturn the election, described his conduct as an abuse of presidential power.

The massive plot to overturn the election that eventually led to the January 6 soft coup is laid out bare at the CNN link.  You may watch the coverage and continue reading there. This intersects nicely with the 1/6 Commission’s work.  They’ve issued subpoenas and Donald Trump has asked four big players to ignore them. From The Independent: “Four of Mr Trump’s associates were sent subpoenas by House select committee investigating 6 January”

Confirming that Mr would not be cooperating, The Washington Post reported the text of a letter from Mr Bannon’s lawyer to the committee citing the former president’s executive privilege.

Mr Bannon’s response was also confirmed by another source who told CNN that a second of Mr Trump’s inner circle asked to cooperate with the investigation, former chief of staff Mark Meadows, has responded, but it is as yet unknown whether he will or will not cooperate.

Four of Mr Trump’s associates were sent subpoenas by the House select committee. It is not yet known if the other two, Karsh Patel and Dan Scavino, have responded.

Lawyers working for the former president sent letters to the four men on Wednesday saying that Mr Trump viewed the subpoenas as an infringement of executive privilege and that they should not cooperate.

Trump continues to push the false narrative that he has some kind of blanket executive privilege after office.  He clearly does not as witnessed by the flurry of documents released to both committees by the real President.

If the 1/6 Commission doesnt enforce subpoenas, our democracy is over. Spinelessness of the Democratic Party will have proven an intractable, incurable disease. Fold it up, get the hell out if you can. America will be over. Turn it over to fascists & the cowards who enable them.

Susan B Glasser has penned this for The New Yorker: “The Battle of January 6th Has Just Begun. Nine months after the storming of the Capitol, Trump is more popular with the G.O.P. and his Big Lie is more widely believed.”

But look at where our politics are, nine months after the insurrection, and they tell a radically different story. Trump is, per Pew and other recent polls, both the overwhelming favorite among Republicans for 2024 and their continuing spiritual leader. (Two-thirds of the Republicans and Republican-leaning independents that Pew surveyed wanted Trump to continue to be a major national figure, a total that’s gone up by ten points since January. Yes, that’s not a typo—it’s gone up.) Just as important, he has succeeded in selling his party on his Big Lie about the 2020 election, on January 6th revisionism, and on taking a series of specific actions—from changing how states certify elections to purging state Republican officials who did not go along with his 2020 coup attempt—that will affect American democracy for years to come, whether or not Trump runs again.

Consider one metric I’ve been obsessed with: the increase in the percentage of Republicans who believe Trump’s falsehoods about the election. In January, a CNN poll found that seventy-five per cent of Republicans said that Biden was not legitimately elected President. In April, that number declined to seventy per cent, but now, according to the most recent CNN survey, it has risen to seventy-eight per cent. Yes, more Republicans believe that the 2020 election was stolen now than did when the pro-Trump mob stormed the Capitol.

On January 7th, it was still possible to anticipate a different outcome. But, on October 7th, we have to acknowledge that this didn’t happen. Nine months ago, in the immediate aftermath of the insurrection, enough Republican leaders and Trump White House officials viewed the Trump-inspired attack on the democratic transition of power as an event of such horrifying excess that it was difficult to imagine them normalizing, justifying, and rationalizing it as they had the Trumpian excesses of the previous four years. Yet that is exactly what has taken place in the intervening months. “Republicans initially started down the road to a post-Trump party, as opposed to a Trump party . . . and they backed up in record time,” Larry Sabato, the director of the University of Virginia Center for Politics, told me, on Thursday. “They have missed the historic opportunity to put Trump in the past.” The result is that the political crisis today is worse than it was, not better. The unacceptable has been accepted by a shockingly large part of the population and its political leadership. 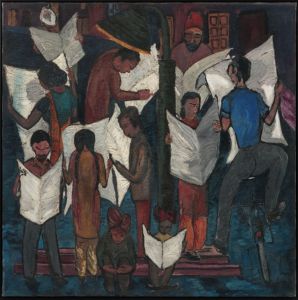 This long form analysis is shocking, indeed!  But this viewpoint is very on point!

The survey, which is worth reading in its entirety, shows that this is not a problem of ideology or policy or the other markers of conventional American politics. It is something much deeper and more intractable: two parties whose members now hate one another with a fierce, anti-democratic, Constitution-threatening passion. Eighty-four per cent of Trump voters said that Democratic officials are a “clear and present danger” to society; seventy-eight per cent of Trump voters also said that Americans who strongly support Democrats are a “clear and present danger.” This level of antipathy is fully reciprocated by Democrats; eighty per cent of Biden voters surveyed said that Republican officials represent a “clear and present danger,” and seventy-five per cent of them said the same about Americans who strongly support Republicans. Things are so bad that fifty-two per cent of Trump voters and forty-one per cent of Biden voters said that they would favor seceding from America. January 6th may not have been the end of Trump so much as the beginning of something even worse.

Which is time to discuss today’s events.

As of now 1/6 commission is dead already, and will not enforce the subpoenas.

The 1/6 terror plot will go unexamined and unpunished.

To say I'm livid is putting it mildly.

Select Committee Chairman Rep. Bennie Thompson (D-Miss.) wrote in each of his Sept. 23 letters to the witnesses that the panel is “investigating the facts, circumstances, and causes of the January 6th attack and issues relating to the peaceful transfer of power, in order to identify and evaluate lessons learned and to recommend to the House and its relevant committees corrective laws, policies, procedures, rules, or regulations.”

Thompson’s committee has already taken steps to get its hands on communications from the Trump White House relating to the attack. In August, it sent a sweeping records request to the National Archives, which handles presidential records, and to several federal agencies asking for documentation.

White House press secretary Jen Psaki indicated last month that President Joe Biden was unlikely to block any Trump-era records from making their way onto committee members’ desks, but the administration later issued a clarification saying it would evaluate such requests individually.

Thompson additionally made comments to press on this matter and has indicated that all options are on the table. He did say that Criminal Referrals will be issued on October 1st. Today is basically the first day that contempt of congress charges are applicable.  Newsweek reports this information.

Patel issued a statement to The Washington Post on Thursday before the deadline, pointing to his website where he is seeking to raise $250,000 “to fund a top-notch legal team.”

“I will continue to tell the American people the truth about January 6, and I am putting our country and freedoms first through my Fight with Kash initiative,” he told the newspaper.

The committee had been unable to physically locate Scavino in order to serve him with a subpoena as of Thursday.

It’s not entirely clear what steps the select committee will take if the four former aides refuse to cooperate, but Democratic Representative Jamie Raskin, who sits on the committee, suggested on Thursday that they could face contempt charges.

“I believe this is a matter of the utmost seriousness and we need to consider the full panoply of enforcement sanctions available to us, and that means criminal contempt citations, civil contempt citations and the use of Congress‘s own inherent contempt powers,” Raskin said.

I’m willing to give the Congressman the benefit of the weekend.  And, do have a good weekend!!!