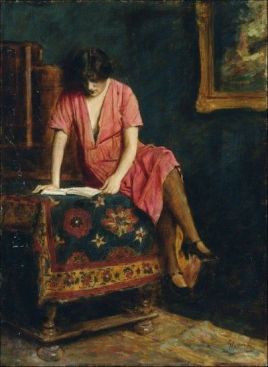 “We’ve reached agreement,” Schumer announced as he opened the Senate. “Our hope is to get this done as soon as today.”

THIS IS A BREAKING NEWS UPDATE. AP’s earlier story follows below.

WASHINGTON (AP) — Republican and Democratic leaders edged back from a perilous standoff over lifting the nation’s borrowing cap, with Democratic senators signaling they were receptive to an offer from Senate GOP leader Mitch McConnell that would allow an emergency extension into December.

McConnell made the offer late Wednesday shortly before Republicans were prepared to block legislation to suspend the debt limit until December of next year and as President Joe Biden and business leaders ramped up their concerns that an unprecedented federal default would disrupt government payments to millions of people and throw the nation into recession.

The emerging agreement sets the stage for a sequel of sorts in December, when Congress will again face pressing deadlines to fund the government and raise the debt limit before heading home for the holidays.

A procedural vote — on the longer extension the Republicans were going to block — was abruptly delayed late Wednesday and the Senate recessed so lawmakers could discuss next steps. Democrats emerged from their meeting more optimistic that a crisis would be averted.

Politico speculates that McConnell gave in because he feared the Democrats would finally decide to get rid of the filibuster.

McConnell took notice. Our friend Manu Raju at CNN reported, “McConnell told his colleagues he’s concerned about pressure on [JOE] MANCHIN and [KYRSTEN] SINEMA to gut [the] filibuster in order to raise [the] debt ceiling, I’m told. He pointed to this as reason why he is floating short-term increase in order to ease pressure on and push Democrats to use reconciliation.”

McConnell himself alluded to how filibuster reform was the key issue at play. “It’s not clear whether the Democratic leaders have wasted two-and-a-half months because they simply cannot govern, or whether they are intentionally playing Russian roulette with the economy to try to bully their own members into going back on their word and wrecking the Senate,” he said on the Senate floor.

The minority leader seemed skittish enough about where filibuster reform fever was headed in the Democratic caucus that he vetted his compromise plan with Manchin and Sinema, report Burgess Everett, Marianne LeVine and Anthony Adragna.

Democratic supporters of filibuster reform have taken note of how the issue seems to have moved McConnell. “The filibuster is McConnell’s instrument of obstruction,” one Democratic senator told Playbook. “He wants to protect that at all costs. He was at real risk of overplaying his hand as he faced the growing prospect that we would have 51 votes to waive it for the purpose of dealing with debt. He wanted to avoid creating that precedent. Still, would have been better for us to just do it.”

Jennifer Rubin has a good column on McConnell’s possible motivations at The Washington Post: Opinion: Mitch McConnell ‘blinked’ on the debt ceiling. Here’s what that means.

Besides the debt ceiling mess, the biggest story this morning is a report issued by the Senate Judiciary Committee on Trump’s plans to attempt a coup after he lost the 2020 election.

Even by the standards of President Donald J. Trump, it was an extraordinary Oval Office showdown. On the agenda was Mr. Trump’s desire to install a loyalist as acting attorney general to carry out his demands for more aggressive investigations into his unfounded claims of election fraud.

On the other side during that meeting on the evening of Jan. 3 were the top leaders of the Justice Department, who warned Mr. Trump that they and other senior officials would resign en masse if he followed through. They received immediate support from another key participant: Pat A. Cipollone, the White House counsel. According to others at the meeting, Mr. Cipollone indicated that he and his top deputy, Patrick F. Philbin, would also step down if Mr. Trump acted on his plan.

Mr. Trump’s proposed plan, Mr. Cipollone argued, would be a “murder-suicide pact,” one participant recalled. Only near the end of the nearly three-hour meeting did Mr. Trump relent and agree to drop his threat.

Mr. Cipollone’s stand that night is among the new details contained in a lengthy interim report prepared by the Senate Judiciary Committee about Mr. Trump’s efforts to pressure the Justice Department to do his bidding in the chaotic final weeks of his presidency.

More details on the report:

The report draws on documents, emails and testimony from three top Justice Department officials, including the acting attorney general for Mr. Trump’s last month in office, Jeffrey A. Rosen; the acting deputy attorney general, Richard P. Donoghue, and Byung J. Pak, who until early January was U.S. attorney in Atlanta. It provides the most complete account yet of Mr. Trump’s efforts to push the department to validate election fraud claims that had been disproved by the F.B.I. and state investigators.

The interim report, released publicly on Thursday, describes how Justice Department officials scrambled to stave off a series of events during a period when Mr. Trump was getting advice about blocking certification of the election from a lawyer he had first seen on television and the president’s actions were so unsettling that his top general and the House speaker discussed the nuclear chain of command.

“This report shows the American people just how close we came to a constitutional crisis,” Richard J. Durbin, Democrat of Illinois and chair of the Senate Judiciary Committee, said in a statement. “Thanks to a number of upstanding Americans in the Department of Justice, Donald Trump was unable to bend the department to his will. But it was not due to a lack of effort.”

Mr. Durbin said that he believes the former president, who remains a front-runner for the Republican nomination in 2024, would have “shredded the Constitution to stay in power.”

On Jan. 3, then-acting attorney general Jeffrey Rosen, his deputy Richard Donoghue, and a few other administration officials met in the Oval Office for what all expected to be a final confrontation on Trump’s plan to replace Rosen with Jeffrey Clark, a little-known Justice Department official who had indicated he would publicly pursue Trump’s false claims of mass voter fraud.

According to testimony Rosen gave to the committee, Trump opened the meeting by saying, “One thing we know is you, Rosen, aren’t going to do anything to overturn the election.”

For three hours, the officials then debated Trump’s plan, and the insistence by Rosen and others that they would resign rather than go along with it.

The Senate report says that the top White House lawyer, Pat Cipollone, and his deputy also said they would quit if Trump went through with his plan.

During the meeting, Donoghue and another Justice Department official made clear that all of the Justice Department’s assistant attorneys general “would resign if Trump replaced Rosen with Clark,” the report says. “Donoghue added that the mass resignations likely would not end there, and that U.S. Attorneys and and other DOJ officials might also resign en masse.”

A key issue in the meeting was a letter that Clark and Trump wanted the Justice Department to send to Georgia officials warning of “irregularities” in voting and suggesting the state legislature get involved. Clark thought the letter should also be sent to officials in other states where Trump supporters were contesting winning Biden vote totals, the report said.ther DOJ officials might also resign en masse.”

Rosen and Donoghue had refused to send such a letter, infuriating Trump. According to the report, the president thought that if he installed Clark as the new attorney general, the letter would go out and fuel his bid to toss out Biden victories in a handful of states.

Also breaking this morning, Politico’s Betsy Woodruff Swan reports: ‘The intelligence was there’: Law enforcement warnings abounded in the runup to Jan. 6.

On Dec. 24, a private intelligence company that works with law enforcement issued a grave warning: Users of a pro-Trump internet forum were talking about turning violent on Jan. 6.

“[A] supposedly violent insurrection by [Trump’s] supporters has ‘always been the plan,’” read a briefing by that company, SITE Intelligence Group. SITE sent this bulletin and others to its numerous subscribers, including U.S. federal law enforcement.

That briefing is among a host of previously unreported documents that circulated among law enforcement officials in the weeks before Jan. 6 — laying out, some with jarring specificity, the threats that culminated in the attack on the Capitol. They showed just how much of a danger far-right extremists posed to federal buildings and lawmakers. And they bolster the argument that Jan. 6 was not an intelligence failure.

“A potpourri of communities overtly strategized to storm the Capitol building and arrest — if not outright kill — public officials and carry out a coup,” said Rita Katz, the founder and executive director of SITE, which supplied many of the most detailed and specific warnings ahead of Jan. 6She said Jan. 6 represented the most “profound failure to act” she has ever seen in decades of sharing intelligence with the U.S. government.

“Law enforcement officials were alerting their superiors and other agencies to the threats SITE had identified—many of which ended up manifesting that day, just as they were written,” she said. “These warnings were distributed by the FBI and other agencies well before January 6.”

The new documents come from a variety of sources in addition to SITE, including an industry group that tracks threats to rail transportation, the New York City Police Department, a state-government intelligence-sharing hub and the FBI itself. SITE shared its briefings with POLITICO. Property of the People, a transparency watchdog group focused on national security, obtained the other documents through open-records requests.

The documents mirror a flood of public warnings about the gathering danger posed by the outer fringes of the Trump movement in the months leading up to Jan. 6. The congressional select committee probing the attack is scrutinizing the failure of law enforcement to protect the Capitol that day.

There’s much more at the Politico link.

Have a great Thursday, Sky Dancers!!