← Sunday Reads: KISS OFF!
ClusterFuck Friday Reads: Can the Trumpist Regime get any more Incompetent? → 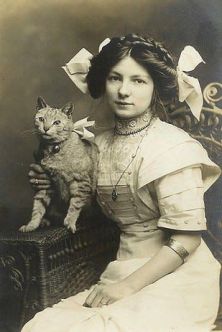 This morning I’m feeling very grateful that I live alone. I’m so stressed out by what’s happening in the world that I don’t think I could handle being around other people. On the other hand, I’m grateful for the internet as a way to keep in touch with other human beings while still keeping them at a distance.

Part of the stress I’m experiencing is probably coming from how angry I am about having Trump as president. It feels like he’s torturing all of us who didn’t vote for him. I think he would just as happy to see all of us die off. He is truly a monster in the mold of Hitler and Stalin.

President Trump is a commander in chief dealing with a coronavirus outbreak in which many difficult decisions have to be made. And on Friday, he seemed to suggest some of those decisions could be made according to who has run afoul of him personally.

Appearing at the daily White House briefing, Trump disclosed that he has told Vice President Pence, who is leading the coronavirus task force, not to call the governors of Michigan and Washington state because those governors had been critical of Trump and the federal response.

He then added: “I say, ‘Mike, don’t call the governor of Washington; you’re wasting your time with him. Don’t call the woman in Michigan. It doesn’t make any difference what happens.’ You know what I say: ‘If they don’t treat you right, I don’t call.’ He’s a different type of person; he’ll call quietly anyway.”

Those states are particularly important. Washington state was the first real hot spot in the United States for the coronavirus outbreak. Michigan, which has among the nation’s highest rates of the virus, is also a key swing state in the 2020 election. You wonder if Trump’s comments about not wanting to communicate with Gov. Gretchen Whitmer (D) during a crisis might be used against him in his reelection campaign.

Gov. Gretchen Whitmer suggested Friday that a growing rift with the White House is affecting shipments of medical supplies to Michigan amid exponential growth in confirmed coronavirus cases.

“When the federal government told us that we needed to go it ourselves, we started procuring every item we could get our hands on,” Whitmer said Friday on WWJ 950AM. “What I’ve gotten back is that vendors with whom we had contracts are now being told not to send stuff here to Michigan. It’s really concerning.”

Whitmer didn’t say who has told vendors to stop sending medical supplies to the state, but strongly implied the order came from President Donald Trump’s administration.

In a Friday afternoon appearance on CNN, Whitmer did not back away from her earlier claim.

“We’ve entered into a number of contracts and as we are getting closer to the date when shipments are supposed to come in, they’re getting canceled or they’re getting delayed,” Whitmer said. “We’ve been told they’re going first to the federal government.” [….]

Trump called into Sean Hannity’s Fox News program Thursday night and bashed Whitmer’s handling of the coronavirus public health crisis that has claimed the lives of 92 Michigan residents as of Friday.

“Your governor of Michigan, I mean, she’s not stepping up,” Trump said, who referred to Whitmer as “a woman governor” and not by her name. “I don’t know if she knows what’s going on, but all she does is sit there and blame the federal government. She doesn’t get it done. And we send her a lot.”

“Mr. President, Michigan needs masks and tests. People are going to die if we don’t get them.”

“I would like you to do me a favor, though”.

This is a must read by Peter Wehner at The Atlantic: The President Is Trapped. Trump is utterly unsuited to deal with this crisis, either intellectually or temperamentally.

But we’re now entering the most dangerous phase of the Trump presidency. The pain and hardship that the United States is only beginning to experience stem from a crisis that the president is utterly unsuited to deal with, either intellectually or temperamentally. When things were going relatively well, the nation could more easily absorb the costs of Trump’s psychological and moral distortions and disfigurements. But those days are behind us. The coronavirus pandemic has created the conditions that can catalyze a destructive set of responses from an individual with Trump’s characterological defects and disordered personality. 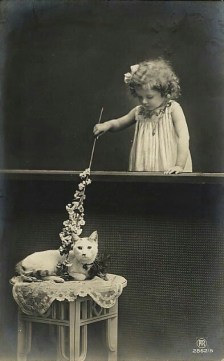 We are now in the early phase of a medical and economic tempest unmatched in most of our lifetimes. There’s too much information we don’t have. We don’t know the full severity of the pandemic, or whether a state like New York is a harbinger or an outlier. But we have enough information to know this virus is rapidly transmissible and lethal.

The qualities we most need in a president during this crisis are calmness, wisdom, and reassurance; a command of the facts and the ability to communicate them well; and the capacity to think about the medium and long term while carefully weighing competing options and conflicting needs. We need a leader who can persuade the public to act in ways that are difficult but necessary, who can focus like a laser beam on a problem for a sustained period of time, and who will listen to—and, when necessary, defer to—experts who know far more than he does. We need a president who can draw the nation together rather than drive it apart, who excels at the intricate work of governing, and who works well with elected officials at every level. We need a chief executive whose judgment is not just sound, but exceptional.

There are some 325 million people in America, and it’s hard to think of more than a handful who are more lacking in these qualities than Donald Trump.

People are dying because of it, and yet we still aren’t having a frank national discussion about @realDonaldTrump’s psychological unfitness for office?

When President Trump signed the $2 trillion economic stabilization package on Friday to respond to the coronavirus pandemic, he undercut a crucial safeguard that Democrats insisted upon as a condition of agreeing to include a $500 billion corporate bailout fund.

In a signing statement released hours after Mr. Trump signed the bill in a televised ceremony in the Oval Office, the president suggested he had the power to decide what information a newly created inspector general intended to monitor the fund could share with Congress. 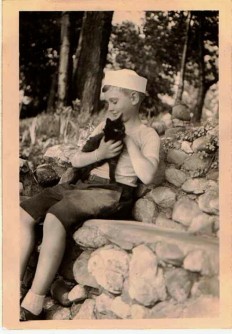 Under the law, the inspector general, when auditing loans and investments made through the fund, has the power to demand information from the Treasury Department and other executive branch agencies. The law requires reporting to Congress “without delay” if any agency balks and its refusal is unreasonable “in the judgment of the special inspector general.”

Democrats blocked a final agreement on the package this week as they insisted on stronger oversight provisions to ensure that the president and Treasury Secretary Steven Mnuchin could not abuse the bailout fund. They feared that Mr. Trump, who has previously stonewalled congressional oversight, would do the same when it came to the corporate aid program.

But in his statement, which the White House made public about two hours after the president signed the bill, Mr. Trump suggested that under his own understanding of his constitutional powers as president, he can gag the special inspector general for pandemic recovery, known by the acronym S.I.G.P.R., and keep information from Congress.

Please go read the rest. This man is planning to steal billions from taxpayers for himself and his corrupt buddies. Nancy Pelosi said last night that there would be oversight despite Trump’s efforts. I sure hope so.

Donald Trump SIGNED legislation into law, after which he illegally repudiated the transparency provision that @SpeakerPelosi demanded. His aim is to funnel money to his businesses and cronies before oversight can stop it. He is the most corrupt politician in American history.

One more before I return to my catatonic trance.

Linda Qiu at The New York Times: Analyzing the Patterns in Trump’s Falsehoods About Coronavirus.

Hours after the United States became the nation with the largest number of reported coronavirus cases on Thursday, President Trump appeared on Fox News and expressed doubt about shortages of medical supplies, boasted about the country’s testing capacity, and criticized his predecessor’s response to an earlier outbreak of a different disease.

“I don’t believe you need 40,000 or 30,000 ventilators,” he said, alluding to a request by Gov. Andrew Cuomo of New York. The president made the statement in spite of government reports predicting shortages in a severe pandemic — and he reversed course on Friday morning, calling for urgent steps to produce more ventilators.

Speaking on Fox on Thursday, Mr. Trump suggested wrongly that because of his early travel restrictions on China, “a lot of the people decided to go to Italy instead” — though Italy had issued a more wide-ranging ban on travel from China and done so earlier than the United States. And at a White House briefing on Friday, he wrongly said he was the “first one” to impose restrictions on China. North Korea, for one, imposed restrictions 10 days before the United States.

He misleadingly claimed again on Friday that “we’ve tested now more than anybody.” In terms of raw numbers, the United States has tested more people for the coronavirus than Italy and South Korea but still lags behind in tests per capita.

And he continued to falsely claim that the Obama administration “acted very, very late” during the H1N1 epidemic in 2009 and 2010.

These falsehoods, like dozens of others from the president since January, demonstrate some core tenets of how Mr. Trump has tried to spin his response to the coronavirus epidemic to his advantage.

Read Qiu’s analysis of the lies at the NYT.

How are you doing and what stories are you following? Hang in there Sky Dancers!