Middling Monday Reads: Adulting in what passes for the USA these days 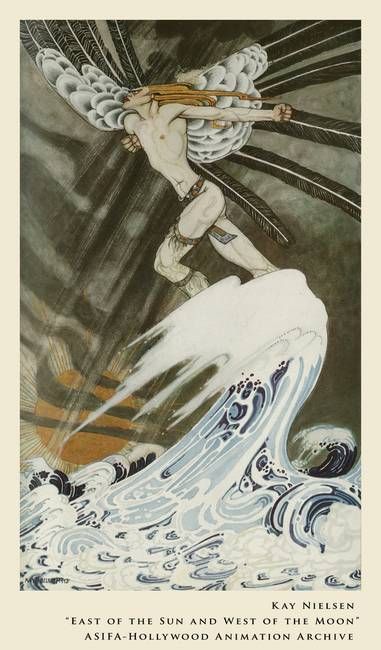 There are several story lines cooking their way to the news day.  None of them are particularly uplifting which just about matches stuff I’ve been going through lately too. I wish I could give up adulting but Spring Break and Carnival  have ended not that I could truly enjoy either with this ever lingering flu.  I’m going to fill the pages today with imaginary creatures since I’ve pretty much had it with the real ones.  They are from Danish Illustrator/Artist Kay Nielsen whose primary works are illustrations for Fairy Tales and are stylistically Art Deco but many have Asian influences.  He is best known for doing the Bald Mountain Scene in Disney’s Fantasia.

Super Tuesday is tomorrow and we’re down two candidates today as Pete Buttigieg just bumped Tom Steyer out of the last man out of the race place. His race was historic no matter what you thought of his chances or his positions.  From the AP:

He opened February by sharing victory with one of the Democratic Party’s best-known figures and ended it with a humbling defeat at the hands of another. Yet Pete Buttigieg’s unlikely path over the last 30 days exceeded virtually everyone’s expectations of his presidential ambitions, except perhaps his own.

The former mayor of Indiana’s fourth largest city, an openly gay 38-year-old whose name most voters still can’t pronounce, formally suspended his White House bid Sunday night. He did so acknowledging that he no longer had a viable path to the Democratic Party’s presidential nomination, even after finishing in the top four in each of the first four contests of the 2020 primary season.

“By every historical measure, we were never supposed to get anywhere at all,” Buttigieg reminded his hometown crowd, which was disappointed and hopeful at the same time. The crowd interrupted his speech with chants of “2024.”

Buttigieg began the month effectively in a first-place tie with progressive powerhouse Bernie Sanders in Iowa’s presidential caucuses. The mayor made history as the first openly gay candidate to earn a presidential delegate, never mind becoming the first to finish on top in any presidential primary contest.

And now we hear Amy’s out and gone over to the Biden side via NYT.

Senator Amy Klobuchar of Minnesota, who entered the Democratic presidential race with an appeal to moderate voters and offered herself as a candidate who could win in Midwestern swing states, has decided to quit the race and endorse a rival, former Vice President Joseph R. Biden, Jr., according to a person close to Ms. Klobuchar.

Ms. Klobuchar will appear with Mr. Biden at his rally in Dallas Monday night. The decision comes one day after former Mayor Pete Buttigieg of South Bend, Ind., departed the race, and after weeks of Democratic Party hand-wringing about a crowded field of moderate candidates splitting a finite field of centrist votes, allowing Senator Bernie Sanders of Vermont to march forward unopposed among progressives and amass delegates.

Outlasted Buttigieg by a day https://t.co/cqQ83FydTf

JUST IN: US Supreme Court will take up a legal challenge to Obamacare, agreeing to hear the case in its new term that begins in October. https://t.co/2vrab4uaOy

The Supreme Court will hear a third challenge to the Affordable Care Act, this time at the request of Democratic-controlled states that are fighting a lower court decision that said the entire law must fall.

The court’s review will come in the term that begins in October, which would not leave time for a decision before the November presidential election. The law remains in effect during the legal challenges.

Democrats are eager to keep public attention on the fate of the act, sometimes called Obamacare, which has features voters value, such as required coverage for preexisting conditions. Health care is a leading concern, especially among Democratic voters, and many considered it a persuasive argument when the party won control of the House in 2018.

The House and Democratic-led states asked the court to review a decision last year by a panel of the U.S. Court of Appeals for the 5th Circuit.

Hearing a challenge from Texas and other Republican-led states and backed by the Trump administration, the panel struck down the law’s mandate that individuals buy health insurance but sent back to a lower court the question of whether the rest of the statute can stand without it. The lower court had said the entire law must fall.

The House told the Supreme Court that the 5th Circuit decision “poses a severe, immediate, and ongoing threat to the orderly operation of health-care markets throughout the country, casts considerable doubt over whether millions of individuals will continue to be able to afford vitally important care, and leaves a critical sector of the nation’s economy in unacceptable limbo.”

he House and Democratic states also have been eager to get the issue before the Supreme Court because the majority that has upheld the ACA in two previous challenges remains.

Sheherazade offers to marry the Sultan

Texas is leading the efforts in voter suppression yet again. This is from the UK Guardian: “Texas closes hundreds of polling sites, making it harder for minorities to vote.  Guardian analysis finds that places where black and Latino population is growing by the largest numbers experienced the majority of closures and could benefit Republicans”

Long considered a Republican bastion, changing racial demographics in the state have caused leading Democrats to recast Texas as a potential swing state. Texas Democratic party official Manny Garcia has called it “the biggest battleground state in the country”.

The closures could exacerbate Texas’s already chronically low voter turnout rates, to the advantage of incumbent Republicans. Ongoing research by University of Houston political scientists Jeronimo Cortina and Brandon Rottinghaus indicates that people are less likely to vote if they have to travel farther to do so, and the effect is disproportionately greater for some groups of voters, such as Latinxs.

“The fact of the matter is that Texas is not a red state,” said Antonio Arellano of Jolt, a progressive Latino political organization. “Texas is a nonvoting state.”

On a local level, the changes can be stark. McLennan county, home to Waco, Texas, closed 44% of its polling places from 2012 to 2018, despite the fact that its population grew by more than 15,000 people during the same time period, with more than two-thirds of that growth coming from Black and Latinx residents.

In 2012, there was one polling place for every 4,000 residents. By 2018 that figure had dropped to one polling place per 7,700 residents. A 2019 paper by University of Houston political scientists found that after the county’s transition to vote centers, more voting locations were closed in Latinx neighborhoods than in non-Latinx neighborhoods, and that Latinx people had to travel farther to vote than non-Hispanic whites.

Super Tuesday is the biggest day of the Democratic primary campaign, with voters from 14 states heading to the polls.

Here's your guide on what to watch for — and what you should know about each state 👇https://t.co/AktRrt9voU

Super Tuesday is the biggest day of the Democratic primary campaign. Fourteen states will hold nominating contests to pick who they think should square off this fall against likely GOP nominee President Trump.

There are 1,357 delegates at stake, about a third of all delegates. So far, fewer than 4% of the delegates have been allocated.

People will head to the polls all across the country, from Virginia to California, Tennessee to Texas. The states and voters are diverse. Almost half have significant black populations, and Latinos figure to be an important factor in the two states with the biggest delegate hauls, California and Texas. 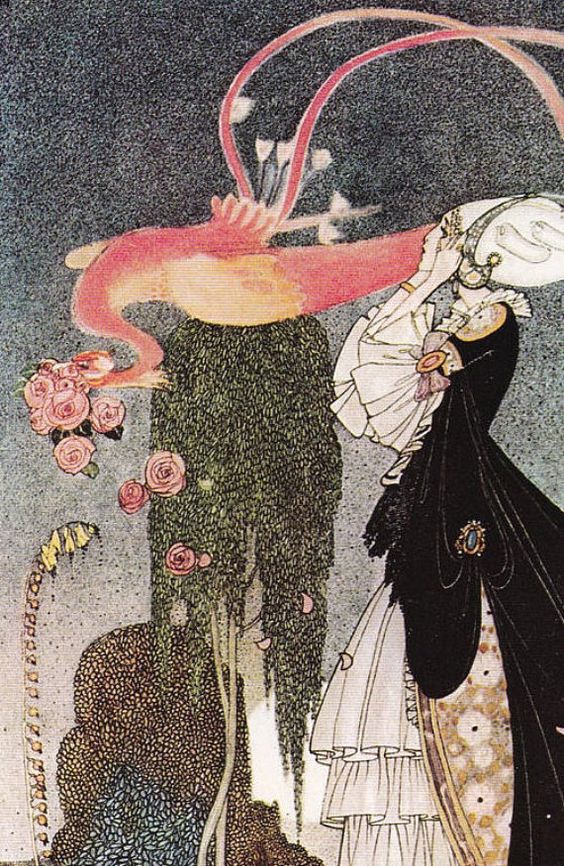 Rosanie or the Inconstant Prince by Kay Nielson

And who’d have thunk it?  The Taliban have already broken their “peace” agreement signed with the Trumpist Regime on Saturday via Agence France-Presse.

A deadly blast shattered a period of relative calm in Afghanistan on Monday and the Taliban ordered fighters to resume operations against Afghan forces just two days after signing a deal to usher in peace.

No group immediately claimed responsibility for the attack at a football ground in Khost in eastern Afghanistan, where three brothers were killed, officials told AFP.

The blast occurred around the same time the Taliban ordered fighters to recommence attacks against Afghan army and police forces, apparently ending an official “reduction in violence” that had seen a dramatic drop in bloodshed and given Afghans a welcome taste of peace.

The partial truce between the US, the insurgents and Afghan forces lasted for the week running up to the signing of the US-Taliban accord in Doha on Saturday, and was extended over the weekend.

Like I said, what was signed on Saturday was not a peace deal. It was a deal to negotiate a deal—with the Taliban in a much stronger position now because Trump has already granted their key demand, a US troop withdrawal. In @PostOpinions: https://t.co/DebVeshBrc https://t.co/XWROCnJwlg

Asked about a planned drawdown of troops from Afghanistan, Secretary of Defense Mike Esper tells reporters, "I don't know if it has actually physically begun." pic.twitter.com/IBb3yXuLdm 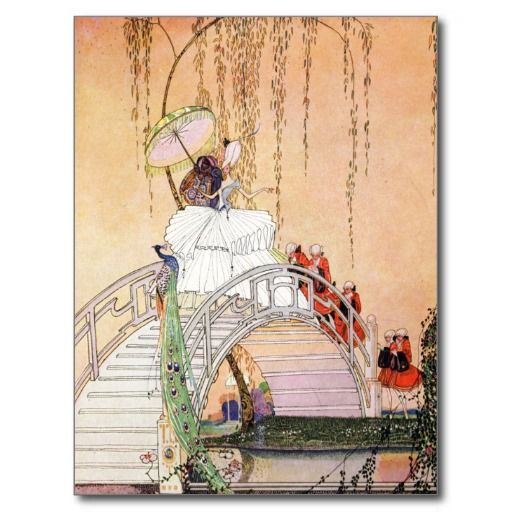 Night in a Chinese Garden by Kay Nielsen

And, I want to go back to Fairy Tales again. I’m tired of this adulting stuff.  This article in The Atlantic has just about done me in: “The President Is Winning His War on American Institutions. How Trump is destroying the civil service and bending the government to his will.” by George Packer.

But a simple intuition had propelled Trump throughout his life: Human beings are weak. They have their illusions, appetites, vanities, fears. They can be cowed, corrupted, or crushed. A government is composed of human beings. This was the flaw in the brilliant design of the Framers, and Trump learned how to exploit it. The wreckage began to pile up. He needed only a few years to warp his administration into a tool for his own benefit. If he’s given a few more years, the damage to American democracy will be irreversible

This is the story of how a great republic went soft in the middle, lost the integrity of its guts and fell in on itself—told through government officials whose names under any other president would have remained unknown, who wanted no fame, and who faced existential questions when Trump set out to break them.

Read each of these stories please.  Unfortunately, they are not fairy tales.

48 Comments on “Middling Monday Reads: Adulting in what passes for the USA these days”