← Wednesday: Bombs Away
Manic Monday Reads: Iowa Caucus Day, Senate Gasbaggery and When will he take the sharpie to Missouri? → 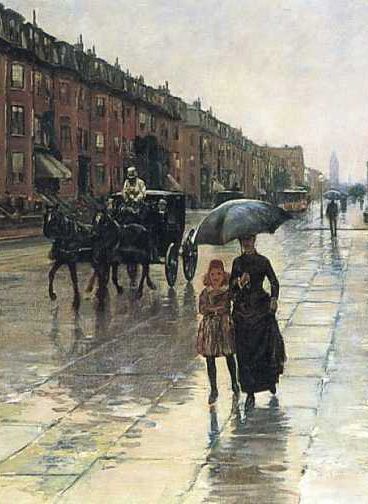 I’ve said it before, we don’t need an actual hack or intrusion to have chaos, we just need to doubt the results: Results for Iowa caucuses delayed as state Democratic Party finds 'inconsistencies' ⁦@NBCNews⁩ ⁦@MSNBC⁩ https://t.co/pQh7GCE2fG

Good morning. The big loser of the Iowa Caucus is Iowa. Enough. We need hand-marked paper ballots that can be audited for primaries and in general elections. Plus it’s time to end the dominance of predominantly white states in deciding which candidates are viable.

Have they tried unplugging Iowa and plugging it back in again?

Or so we can hope. Iowa’s eccentric, endearing — and wildly anti-democratic — nominating contest has always been an indefensible institution. There is no reason why the most politically-engaged and/or time-rich citizens of America’s 31st most populous state should have the power to veto presidential candidates before anyone else in the country has a say. And yet, few of Iowa’s bitterest critics ever dreamed it would subject the country to something like this.

As of this writing, we are one hour into Tuesday morning and only a small fraction of Iowa precincts have reported their results. Officials currently say that they hope to have the numbers by “some time Tuesday.” The ostensible reasons for this are twofold. 1) This year, for the first time ever, the Iowa Democratic Party was required to report three distinct sets of results — the vote tally on “first alignment,” the vote tally on “final alignment” (when backers of candidates who lack 15% support redistribute their votes to higher-polling candidates), and the final delegate tally. In the past, the party was only on the hook for that last metric, which is much easier to tabulate. 2) To ease the burden of logging all this information from more than 1,600 precincts, the party developed an app for reporting results — which many precinct chairs could not figure out how to use. Thus, they began calling in the results on a telephone hotline. Much waiting on hold ensued.

Between the coin flipping, the picking of names out of hats, the gamesmanship to deny certain candidates votes, the hurdles for people who work at night and have children and the demographics, it is tough to really make a case for Iowa tonight.

Guess who pushed for the changes in the vote counting and reporting?

Agreed. Many of us urged the @DNC to no longer have caucuses because they’re thoroughly undemocratic; that IA shouldn’t be first as it’s not representative of this elections demographics. It was Bernie Sanders who pushed the DNC for changes that lead to this #IowaCaucusDisaster https://t.co/q4Ip8MIi7P pic.twitter.com/kvkJiirYLO

This isn’t unlike Donald Trump’s ability to completely hijack the GOP. The party does not have an identity outside the president. 5/

No results had been reported by midnight Eastern, and two campaigns told POLITICO that after a conference call with the Iowa Democratic Party, they didn’t expect any returns until Tuesday morning at the earliest. 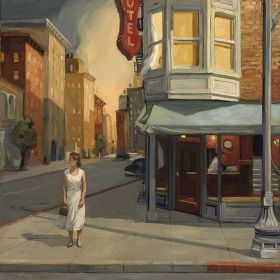 The biggest “winner” might have been Joe Biden. According to the Iowa entrance poll, he was hovering close to the viability threshold of 15 percent statewide. But the questions surrounding the vote-counting served to obscure a potentially poor performance. The former vice president, facing potentially ugly headlines going into New Hampshire and beyond, couldn’t get out of Iowa fast enough.

“We’re going to walk out of here with our share of delegates,” Biden declared to a packed room on the Drake University campus. “It’s on to New Hampshire!”

Conversely, it might have delivered a blow to Sanders and Buttigieg, who appeared on track to do well in the state. Whether the victor turns out to be Sanders or Buttigieg or someone else, that candidate was denied the chance to give an election night victory speech to a nationwide audience — a springboard heading into New Hampshire.

The app that the Iowa Democratic Party commissioned to tabulate and report results from the caucuses on Monday was not properly tested at a statewide scale, said people who were briefed on the app by the state party.

It was quickly put together in just the past two months, said the people, some of whom asked to remain anonymous because they were not authorized to speak publicly.

Life in the Suburbs, by Leonard Koscianski

And the party decided to use the app only after another proposal for reporting votes — which entailed having caucus participants call in their votes over the phone — was abandoned, on the advice of Democratic National Committee officials, according to David Jefferson, a board member of Verified Voting, a nonpartisan election integrity organization.

And let’s not forget what happened with the final Iowa poll. Ben Smith at Buzzfeed News: This Iowa Poll Was Never Published. It’s Still Influencing What You Read.

The Des Moines Register spiked its poll Saturday night, but by the next day it seemed most reporters here had seen the numbers — or something purporting to be the numbers.

Here’s what happened: As the Des Moines Register readied a cover story and CNN prepped for an hourlong special about the time-honored poll, Pete Buttigieg’s campaign complained that his name hadn’t been offered to some poll recipients. The pollster, Ann Selzer, quickly discovered the glitch in a Florida call center that triggered the error. It seemed likely to be just a minor error — but everyone involved cares about their reputation for trustworthiness, and they quickly decided to pull the poll rather than publish with doubts.

But the news organizations had already been preparing to publish the numbers, and a version of them began to circulate almost instantly. I won’t print those numbers: I haven’t been able to confirm that the numbers I’ve seen are the already-questionable official ones.

And yet, most veterans of coverage here trust Selzer’s surveys. So many acknowledged to me last night that they’d quietly taken the unreleased and possibly wrong numbers into account.

“Nobody was talking about Elizabeth Warren and now everybody thinks she has a shot because of those numbers,” said Rebecca Katz, a progressive political consultant who supports Warren. (It’s not the only reason, I should note: Other polls this week also showed Warren in a strong position, as did the last published Selzer poll in January.)

I feel like turnout being rather low in Iowa is a theme of underrated importance.

Nate Silver at FiveThirtyEight: Iowa Might Have Screwed Up The Whole Nomination Process.

In trying to build a forecast model of the Democratic primaries, we literally had to think about the entire process from start (Iowa) to finish (the Virgin Islands on June 6). Actually, we had to do more than that. Since the nomination process is sequential — states vote one at a time rather than all at once — we had to determine, empirically, how much the results of one state can affect the rest.

The answer in the case of Iowa is that it matters a lot. Despite its demographic non-representativeness, and the quirks of the caucuses process, the amount of media coverage the state gets makes it far more valuable a prize than you’d assume from the fact that it only accounts for 41 of the Democrats’ 3,979 pledged delegates.

More specifically, we estimate — based on testing how much the results in various states have historically changed the candidates’ position in national polls — that Iowa was the second most-important date on the calendar this year, trailing only Super Tuesday. It was worth the equivalent of almost 800 delegates, about 20 times its actual number.

Everything was a little weird in Iowa this year, however. And there were already some signs that the Iowa bounce — which essentially results from all the favorable media coverage that winning candidates get — might be smaller than normal….

But we weren’t prepared for what actually happened, which is that — as I’m writing this at 3:15 a.m. on Tuesday — the Iowa Democratic Party literally hasn’t released any results from its caucuses. I’m not going to predict what those numbers will eventually be, although early indications are that Bernie Sanders, Pete Buttigieg and perhaps Elizabeth Warren had good results. The point is that the lead story around the 2020 Iowa Democratic caucuses is now — and will forever be — the colossal shitshow around the failure to release results in a timely fashion.

In other news, The New York Times Magazine has published an article adapted from David Enrich’s forthcoming book about Trump and Deutche Bank: The Money Behind Trump’s Money. The inside story of the president and Deutsche Bank, his lender of last resort. It’s very long and involved, but here’s a brief excerpt:

Last April, congressional Democrats subpoenaed ­Deutsche Bank for its records on Trump, his family members and his businesses. The Trump family sued to block the bank from complying; after two federal courts ruled against the Trumps, the Supreme Court has agreed to hear the case, with oral arguments expected in the spring. State prosecutors, meanwhile, are investigating the bank’s ties with Trump, too. The F.B.I. has been conducting its own wide-­ranging investigation of ­Deutsche Bank, and people connected to the bank told me they have been interviewed by special agents about aspects of the Trump relationship.

If they ever become public, the bank’s Trump records could serve as a Rosetta Stone to decode the president’s finances. Executives told me that the bank has, or at one point had, portions of Trump’s personal federal income tax returns going back to around 2011. (­Deutsche Bank lawyers told a federal court last year that the bank does not have those returns; it is unclear what happened to them. The Trump Organization did not respond to multiple requests for comment.) The bank has documents detailing the finances and operations of his businesses. And it has records about internal deliberations over whether and how to do business with Trump — a paper trail that most likely reflects some bank employees’ concerns about potentially suspicious transactions that they detected in the family’s accounts.

Also, Trump will give his fake state of the union address tonight, and I won’t be watching. What are you thinking and reading today?