← Wednesday Reads: Pre-Thanksgivings
Manic Monday Reads: No US Institution is Sacred or Safe from KKKremlin Caligula →

Today fallout continues from Trump’s pardons of accused and/or convicted war criminals. Yesterday Dakinikat wrote about the firing of Navy Secretary Richard Spencer over an internal review board investigation of Eddie Gallagher, a Navy Seal who was convicted of posing for a trophy photo of a dead ISIS fighter. Gallagher was also accused of stabbing to death the teenager in the photo was acquitted.

Every. Single. Member. Of. Eddie. Gallagher’s. Navy Seal Team. Testified. Against. Him. Under. Oath.

And Trump fired the Secretary of The Navy.

Tell me again how he supports the military? Cause Fuck Off.

“Get back to business!” With this tweet, President Trump directed his secretary of the Navy, Richard Spencer, to stop the naval officers charged with oversight of the SEALs from disciplining one of their own. That order was confirmed on Monday by Defense Secretary Mark Esper, and over the weekend, Mr. Spencer was fired. 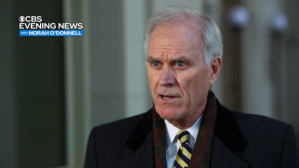 There are three problems with Mr. Trump’s action. The first is that it is very much the Navy’s business — and every military’s business — to maintain, as the military so often recites and Mr. Spencer put it in his final letter to the president, “good order and discipline.” In conducting their “business,” our military services are not and must not be commanded in support of political ends, as Mr. Trump was apparently doing here.

How the president chooses to value order and discipline in his White House, and if at all, is of real concern to all Americans. But the military is not an extension of his White House. Some may argue that all actions by a president may have some political component, yet instead of constraining that component, this action by this president celebrates and encourages it.

The second problem intensifies the first. Contamination from the president’s approach is amplified when his judgment is largely shaped by television commentators and his decision announced by tweet. The military has well-established procedures for assuring good order and discipline. They begin by eliciting a judgment by peers. No one is as well positioned to balance the exigencies of combat and the demands of law and ethics as a panel of fellow sailors, Marines, airmen or soldiers…. 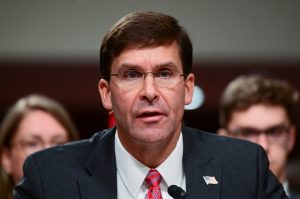 Finally, there is the judgment itself. An American service member shared a photograph of himself with a corpse along with the message: “I have got a cool story for you when I get back. I have got my knife skills on.” Our president’s endorsement of the perpetrator will be taken as a representation of our values. Our own troops, many of them teenagers, will be misled by the president’s sense, or lack of sense, of honor.

Paul Waldman at The Washington Post: How Richard Spencer’s firing illustrates some of Trump’s most corrupt impulses.

One key reason Donald Trump’s presidency has been so damaging is that he has a way of corrupting all the people and institutions he comes in contact with, infecting them with his virus. No one remains untouched.

As the sudden firing of Navy Secretary Richard V. Spencer shows, that includes the military. Spencer’s story also bears a remarkable resemblance to the Ukraine scandal, in the way people with their own agendas played on Trump’s most repugnant impulses to manipulate him.

Spencer’s firing has its roots in the case of Edward Gallagher, a Navy SEAL who became a Fox News hero. Gallagher’s long and complicated case began when members of his own unit accused him of a series of war crimes, including firing on civilians and murdering a wounded teenage Islamic State fighter receiving medical treatment from his unit.

Gallagher allegedly stabbed the wounded fighter multiple times, then took a picture with his corpse and texted it to friends, with the caption “Got him with my hunting knife.” He was also charged with covering up his crime by threatening to kill members of his platoon if they reported it. They did anyway…. 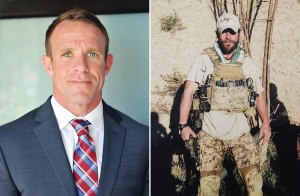 Trump pardoned him, along with two other service members who had also been accused of war crimes.

Those pardons generated enormous controversy both inside and outside the military, but they were not surprising. From the time he began running for president, Trump has shown nothing but contempt for ideas like military order and discipline, respect for human rights and standards of wartime conduct. He has advocated torturing detainees, suggested that a way to fight terrorism would be to murder the families of suspected terrorists and mused about committing genocide. Accused war criminals are his kind of people.

There’s much more at the link. I hope you’ll go read the rest.

Spencer stepped down at the request of Defense Secretary Mark Esper on Sunday amid an ongoing controversy over Navy SEAL Edward Gallagher, whose case attracted President Trump’s attention.

Esper told reporters Monday that he fired Spencer after “losing trust and confidence in him regarding his lack of candor.” He accused Spencer of secretly proposing a deal to the White House that would allow Gallagher to retire and retain his Trident pin, which denotes his status as a SEAL, a move Esper said was “completely contrary” to what the two had discussed.

In an interview Monday, Spencer told CBS News he spoke with White House counsel Pat Cipollone on November 15 and proposed an arrangement in which Gallagher would be allowed to retire as a SEAL if the president agreed not to intervene in the case and “let the Navy do its administrative work.” Spencer said Cipollone called back the same day to decline the offer, saying the president would be involved.

“In order to preserve the resiliency of the naval institution, I had to step up and do something when it came to the Gallagher case,” Spencer said.

Spencer acknowledged not telling Esper about the proposal. 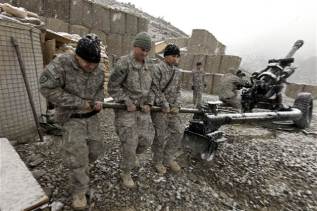 Navy Seals on the front lines in Afghanistan

“I will take the bad on me, for not letting him know I did that,” Spencer said. “But as far as I was concerned, at that point, the president understood the deal. Arguably, he doesn’t have to deal with anyone. He said, ‘I’m going to be involved.’ He sent a signed letter to me, an order with his signature on it, saying, ‘Promote Edward Gallagher to E7,'” the rank of chief petty officer.

Esper acknowledged Monday that when confronted about his secret negotiations with the White House, Spencer “was completely forthright in admitting what had been going on.”

The Independent spoke to veterans about the situation: US veterans say Trump views military ‘as tool for massacres’ after reinstating accused war criminal to Navy.

Numerous veterans spoke out about the move to The Independent after Secretary of Defence Mark Esper confirmed he was ordered by the president to retain Navy SEAL Eddie Gallagher’s status in the elite service, as well as his Trident pin, a prestigious special warfare insignia.

“Ever since Donald Trump became president he’s been tearing the military apart, putting troops in the difficult position of needing to choose between obedience to his unhinged orders, and staying true to our code of honour,” said Alexander McCoy, a former Marine and political director of the veteran group Common Defence. “By pardoning war criminals because Fox News told him to, Trump showed he sees our military as a tool for massacres, not as the professional, honourable force we aspire to be.” [….]

The president’s demands could cause “significant long-term damage to the Naval Special Warfare community,” according to James Waters, a former Navy SEAL platoon commander and White House staff member in the Bush administration, who told The Independent: “The only people who weigh in on whether a Navy SEAL deserves to keep his Trident are people who have their Trident.” 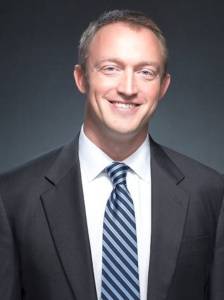 “Every SEAL knows he must ‘earn your Trident every day’ – even after officially qualifying – and the same standard should apply here,” Mr Waters said. “Unless you’ve been through Basic Underwater Demolition/SEAL training and served in the Teams and know the specific facts related to a person’s performance, you’re not qualified to weigh in.” [….]

Charlotte Clymer, an Army Veteran and press secretary at the Human Rights Campaign, said Mr Trump appeared to be “hell-bent on exploiting” the military justice system for his own purposes.

“My colleagues and I, those still serving and not, are openly horrified by the way this coward has explicitly condoned war crimes, seemingly to pander to people who don’t understand how this undermines our moral authority,” she told The Independent. “I’ve talked to other service members and veterans, and none of us are sure how this could get worse.”

They’re suggesting that Trump wants to take us back to Vietnam years when we had shameful incidents like the My Lai massacre in Vietnam.

In a final outrage, Trump now says he wants to use the pardoned war criminals in his 2020 campaign. Daily Beast: Trump Tells Allies He Wants Absolved War Criminals to Campaign for Him.

If Donald Trump gets his wish, he’ll soon take the three convicted or accused war criminals he spared from consequence on the road as special guests in his re-election campaign, according to two sources who have heard Trump discuss their potential roles for the 2020 effort.

Despite military and international backlash to Trump’s Nov. 15 clemency—fallout from which cost Navy Secretary Richard Spencer his job on Sunday—Trump believes he has rectified major injustices. Two people tell The Daily Beast they’ve heard Trump talk about how he’d like to have the now-cleared Clint Lorance, Matthew Golsteyn, or Edward Gallagher show up at his 2020 rallies, or even have a moment on stage at his renomination convention in Charlotte next year. Right-wing media have portrayed all three as martyrs brought down by “political correctness” within the military.

“He briefly discussed making it a big deal at the convention,” said one of these sources, who requested anonymity to talk about private conversations. “The president made a reference to the 2016 [convention] and where they brought on-stage heroes” like former Navy SEAL Marcus Luttrell, who refused to execute detained civilians ahead of a devastating Taliban attack.

So next year he wants to celebrate men who chose to execute civilians and detainees?

22 Comments on “Tuesday Reads: Trump Infects the U.S. Military with His Political Corruption”