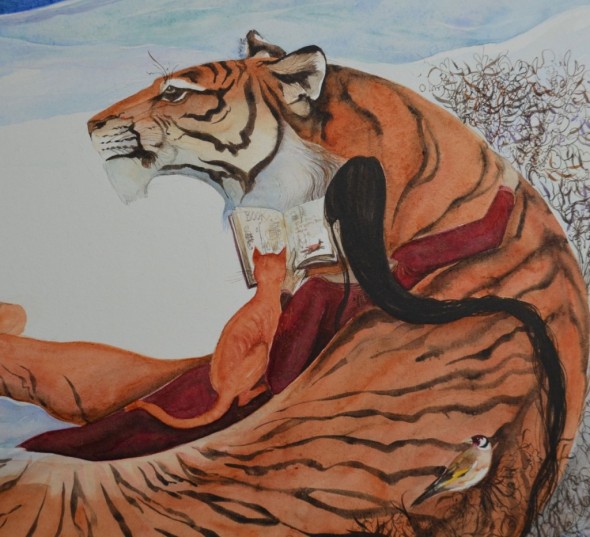 The lies come thick and fast from the Trump administration. It’s not just Trump; it’s his entire gang of shameless prevaricators.

Remember those MAGA hats that Trump signed for service members in Iraq? The White House swore up and down to CNN that they didn’t distribute the campaign merchandise, but people who were there say otherwise.

I've read two independent reports by family members of troops who were right there, and they confirm that Trump staffers were giving out hats and even a banner immediately before the visit.

I just talked with relative serving in Iraq and she told me "I now have a MAGA hat". I asked where she got it and she said, "Trump's people gave them out." I asked her what she was going to do with it and she said "trade it for some smokes." So – there you go. Trump brought them!

I wonder which store in Iraq sells brand new MAGA hats with the cardboard still inside them pic.twitter.com/fOxdndxD3i

This banner looks like the new *keep america great* one, made for 2020 campaign. No way this officer brought this with her to Iraq. So much for the "the MAGA hats were brought to Iraq by the troops, not Trump" BS. https://t.co/WiIuAnOyQT

Of course we can’t be sure these tweets are legit, but come on! Who actually believes these soldiers bought Trump hats and banners and had them shipped to Iraq? Give me a break. I know this is a minor scandal in the scheme of things Trump, but still…

And besides, this was supposed to be a secret, surprise visit, so are we supposed to believe these folks always carry their MAGA hats and banners around with them and to the mess hall?

OK, I know I’m beating a dead horse, but I get so tired of all the gaslighting.

Now check this out. Remember that NYT story awhile back about undocumented immigrants working at Trump’s New Jersey golf club?

New Jersey prosecutors have collected evidence that supervisors at President Trump’s Garden State golf club may have committed federal immigration crimes — and the FBI as well as special counsel Robert Mueller have played part in the inquiry, the Daily News has learned.

Anibal Romero, a Newark attorney who represents several undocumented immigrants who used to work at the Trump National Golf Club in Bedminster, said Friday he recently met with investigators from the state attorney general’s office and handed over fraudulent green cards and Social Security numbers that management at the club allegedly procured and gave his clients, Victorina Morales and Sandra Diaz.

Before he met with the state prosecutors, Romero said he reached out to Mueller’s office because, while he wanted to contact federal authorities, he was concerned about looping in the Justice Department, which was headed by Jeff Sessions at the time.

Mueller’s office got back to Romero and said the issue was out of their jurisdiction, but they apparently passed the information on to the FBI.

“He said to me that he had received a referral from Robert Mueller’s office and that he already knew the specifics and that he wanted to meet with me in person,” Romero said.

Romero then met with two agents at a federal office in Branchburg, N.J., and outlined the same evidence he had already given the AG prosecutors. The agents said they would “coordinate” with the AG’s office, according to Romero.

Romero said he’s stayed in touch with the FBI and the attorney general’s office but declined to confirm whether either of the agencies have formally opened investigations.

“I’m confident that federal and state authorities will conduct a complete and thorough investigation,” Romero said.

How many states is Trump under investigation in now? I’ve lost count.

Here’s a funny media story from by Ashley Feinberg at HuffPost: The Thinnest Skins In Media In 2018. Their diapers runneth over. You’ll have to click on the link to read the details, but here’s the list of included media figures: 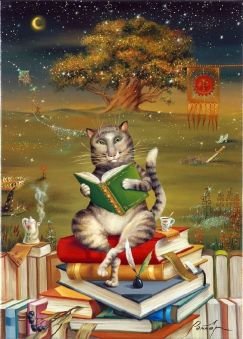 Governor Charlie Baker on Friday signed first-of-its-kind legislation to tax and regulate the short-term housing rental market in Massachusetts, capping years of debate over how to navigate an industry that has exploded through companies like Airbnb.

The new rules will take effect July 1 and could transform a market that spans the state, from Cape Cod summer homes to Boston apartment buildings to Western Massachusetts vacation retreats.

The bill requires every rental host to register with the state, mandates they carry insurance, and opens the potential for local taxes on top of a new state levy. A chief negotiator for the House said the goal is to register every short-term rental in the state by September, and local officials, including in Boston, say the new law will help buttress their own efforts to regulate the booming market.

Airbnb is fighting back.

But before Baker’s ink could dry, the law drew a sharp rebuke from Airbnb, which called it “flawed” and unnecessarily complex. Advocates who have closely followed the process — including Airbnb’s decision to sue in federal court to overturn Boston’s municipal regulations — warn a lawsuit against the state could also follow.

More details on the law:

Beyond requiring all hosts to register and carry insurance, it also subjects short-term rentals to the same 5.7 percent state levy now paid by hotels — but exempts people who rent their homes 14 or fewer nights a year. Officials have estimated that tax could raise at least $25 million annually.

It also would allow cities and towns to impose their own taxes of up to 6 percent, except in Boston, where it would be 6.5 percent, with occasional hosts also exempted.

Additional taxes would be levied on hosts who own multiple units. And an extra fee would also fall on units in Boston, Cambridge, and a handful of other cities that support the Massachusetts Convention Center Authority, but only after bonds are paid off on the Boston Convention & Exhibition Center in South Boston.

Some cities, including New York and San Francisco, have used short-term rental registries to rein in the industry, but this law makes Massachusetts the first state to require all hosts to register. That, more than the taxes, has been the focus of debate in recent months.

It will be interesting to see how this works out.

Time Magazine has a new story on Paul Manafort: Exclusive: Russian Ex-Spy Pressured Manafort Over Debts to an Oligarch.

When the U.S. government put out its latest sanctions list on Dec. 19, the man named at the top did not seem especially important. Described in the document as a former Russian intelligence officer, he was accused of handling money and negotiations on behalf of a powerful Russian oligarch. The document did not mention that the man, Victor Boyarkin, had links to the 2016 campaign of President Donald Trump.

A months-long investigation by TIME, however, found that Boyarkin, a former arms dealer with a high forehead and a very low profile, was a key link between a senior member of the Trump campaign and a powerful ally of Russian President Vladimir Putin.

In his only interview with the media about those connections, Boyarkin told TIME this fall that he was in touch with Trump’s then-campaign chairman, Paul Manafort, in the heat of the presidential race on behalf of the Russian oligarch. “He owed us a lot of money,” Boyarkin says. “And he was offering ways to pay it back.”

The former Russian intelligence officer says he has been approached by the office of Special Counsel Robert Mueller, who is investigating possible collusion between Russia and the Trump campaign. Boyarkin’s response to those investigators? “I told them to go dig a ditch,” he says. Peter Carr, the spokesman for the Special Counsel’s Office, declined to comment. Through his spokesman, Manafort likewise declined to comment on his alleged connections with Boyarkin.

But those connections could be potentially important to the Special Counsel’s inquiry. They would mark some of the clearest evidence of the leverage that powerful Russians had over Trump’s campaign chairman. And they may shed light on why Manafort discussed going right back to work for pro-Russian interests in Eastern Europe after he crashed out of the Trump campaign in August 2016, according to numerous sources in the TIME investigation.

Read the rest at the link. It’s a long story.

One more from Buzzfeed: These Are 50 Of The Biggest Fake News Hits On Facebook In 2018.

For the third year in a row, BuzzFeed News compiled a list of 50 of the most viral false stories on Facebook and measured their total engagement on the platform. And in spite of a prediction from Facebook’s top anti-misinformation product manager that these articles would see a decline in engagement in 2018, this year’s top-performing hoaxes generated almost as many shares, reactions, and comments as last year’s.

The top 50 fake stories of 2018 identified by BuzzFeed News generated roughly 22 million total shares, reactions, and comments on Facebook between Jan. 1 and Dec. 9, 2018, according to data from BuzzSumo and Trendolizer. This was only 7% fewer engagements than the 23.5 million engagements generated by to top 50 of 2017, and slightly more than the top 50 fakes identified by BuzzFeed News in 2016, when those links generated 21.5 million engagements.

Read the whole thing at Buzzfeed. How long before Facebook goes the way of AOL?

So . . . what else is happening on this long holiday weekend? Post your recommendations in the comment thread below.