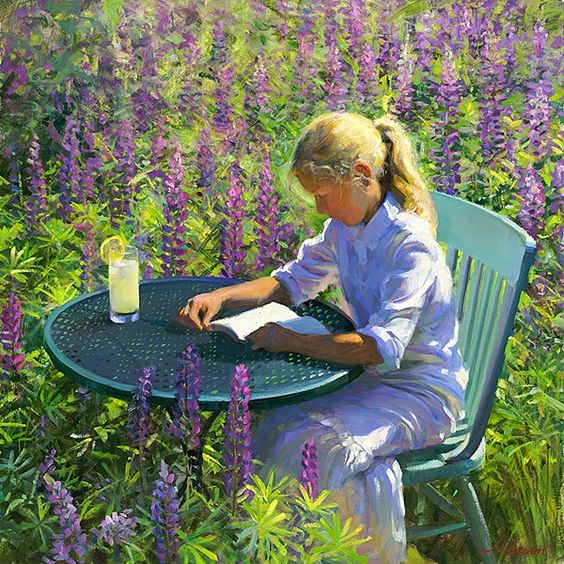 Trump just can’t stop confessing his guilt. Yesterday, Trump stripped away John Brennan’s security clearance, claiming it was because of Brennan’s “erratic behavior” and “wild outbursts on the internet and television.” Then he proceeded to tell the Wall Street Journal that he did it because of the Russia investigation.

President Trump drew a direct connection between the special counsel investigation into alleged Russian interference in the 2016 election and his decision to revoke the security clearance of former CIA Director John Brennan and review the clearances of several other former officials.

In an interview Wednesday, Mr. Trump cited Mr. Brennan as among those he held responsible for the investigation, which also is looking into whether there was collusion between the Trump campaign and the Kremlin. Mr. Trump has denied collusion, and Russia has denied interfering.

Mr. Brennan was director of the Central Intelligence Agency in the Democratic administration of former President Obama and one of those who presented evidence to Mr. Trump shortly before his inauguration that Russia had interfered in the 2016 election.

“I call it the rigged witch hunt, [it] is a sham,” Mr. Trump said in an interview. “And these people led it!”

He added: “So I think it’s something that had to be done.”

Trump has quite an enemies list now, and everyone on it is involved in some way with the investigation.

“I don’t trust many of those people on that list,” Mr. Trump said in the interview. “I think that they’re very duplicitous. I think they’re not good people.”

Most of the individuals left government service months or years ago under varied circumstances, including being fired by the president and his aides. Some, including Mr. Comey, have said they no longer have or use their clearances.

Aaron Blake at The Washington Post: Trump blurts out another Lester Holt moment.

In the case of the Holt interview, Trump never actually directly said that he fired Comey because of the Russia investigation; instead, he merely said that Russia was on his mind when he did it. “And in fact when I decided to just do it, I said to myself, I said, you know, this Russia thing with Trump and Russia is a made-up story; it’s an excuse by the Democrats for having lost an election that they should have won,” Trump said back in May 2017.

In this case, Trump refers directly to the role of Brennan and others in leading the investigation, and then says, “So I think it’s something that had to be done” — suggesting that this was an action taken in direct response to their participation in the probe. He is saying he is punishing people who were involved in that, which at the very least would seem to create a chilling effect for other would-be critics.

Having worked closely with the F.B.I. over many years on counterintelligence investigations, I was well aware of Russia’s ability to work surreptitiously within the United States, cultivating relationships with individuals who wield actual or potential power. Like Mr. Bortnikov, these Russian operatives and agents are well trained in the art of deception. They troll political, business and cultural waters in search of gullible or unprincipled individuals who become pliant in the hands of their Russian puppet masters. Too often, those puppets are found.

In my many conversations with James Comey, the F.B.I. director, in the summer of 2016, we talked about the potential for American citizens, involved in partisan politics or not, to be pawns in Russian hands. We knew that Russian intelligence services would do all they could to achieve their objectives, which the United States intelligence community publicly assessed a few short months later were to undermine public faith in the American democratic process, harm the electability of the Democratic candidate, Hillary Clinton, and show preference for Mr. Trump. We also publicly assessed that Mr. Putin’s intelligence services were following his orders. Director Comey and I, along with the director of the National Security Agency, Adm. Michael Rogers, pledged that our agencies would share, as appropriate, whatever information was collected, especially considering the proven ability of Russian intelligence services to suborn United States citizens.

The already challenging work of the American intelligence and law enforcement communities was made more difficult in late July 2016, however, when Mr. Trump, then a presidential candidate, publicly called upon Russia to find the missing emails of Mrs. Clinton. By issuing such a statement, Mr. Trump was not only encouraging a foreign nation to collect intelligence against a United States citizen, but also openly authorizing his followers to work with our primary global adversary against his political opponent.

Such a public clarion call certainly makes one wonder what Mr. Trump privately encouraged his advisers to do — and what they actually did — to win the election. While I had deep insight into Russian activities during the 2016 election, I now am aware — thanks to the reporting of an open and free press — of many more of the highly suspicious dalliances of some American citizens with people affiliated with the Russian intelligence services.

Mr. Trump’s claims of no collusion are, in a word, hogwash.

Today hundreds of newspapers published editorials condemning Trumps war on press freedom. CNN has publish a list of many of of these papers with links to their editorials. The list is broken down by state, so you can find your own newspaper. I’d love to read the one in my hometown newspaper The Boston Globe, but they only allow me to read two free articles per month and I can’t afford to subscribe. The free press isn’t accessible to all readers!

After over an hour and a half of instructions from Judge T.S. Ellis, a jury, comprised of 6 men and 6 women, now begin deliberations on Thursday in the fraud trial of former Trump campaign chairman Paul Manafort. It’s unclear how long it will take for them to consider and vote on the 18 charges against Manafort. CBS News’ Paula Reid reports that at a minimum, it will take the jury a few hours just to sort through the procedural paperwork and weigh their vote.

The government has recommended to the court anywhere between 8 to 10 years in prison for falsifying tax returns, bank fraud conspiracy and failure to file reports of foreign bank and financial records. The maximum sentence for the 18 counts, however, is 305 years.

During Wednesday’s closing arguments, prosecutors told jurors Manafort lied to keep himself flush with cash for his luxurious lifestyle and lied some more to procure millions in bank loans when his income dropped off. In his defense, Manafort’s attorneys told jurors to question the entirety of the prosecution’s case as they sought to tarnish the credibility of Manafort’s longtime protege — and government witness — Rick Gates….

In the closing arguments, prosecutor Greg Andres said the government’s case boils down to “Mr. Manafort and his lies.”

“When you follow the trail of Mr. Manafort’s money, it is littered with lies,” Andres said as he made his final argument that the jury should find Manafort guilty of 18 felony counts.

Attorneys for Manafort, who is accused of tax evasion and bank fraud, spoke next, arguing against his guilt by saying he left the particulars of his finances to other people, including Gates.

Defense attorney Richard Westling noted that Manafort employed a team of accountants, bookkeepers and tax preparers, a fact he said showed his client wasn’t trying to hide anything. Westling also painted the prosecutions’ case as consisting of cherry-picked evidence that doesn’t show jurors the full picture.

The New York Times has a list of questions the jury will have to consider, including “Rick Gates’s credibility,” “the judge’s behavior,” “Manafort’s lifestyle.” Read all the details at the link.

That’s all I have for you today. What stories are you following?