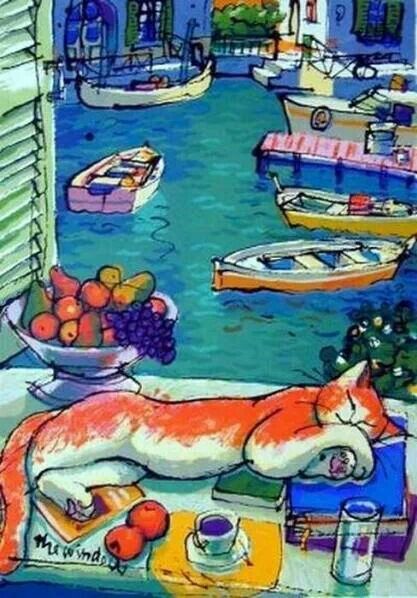 With each passing day, our country sinks deeper into the muck and mire of Trumpism. This evil man was foisted on us by a minority of voters and by a media that focused on preventing an experienced and accomplished woman from becoming president. The institutions we hoped would protect us are mostly failing to do so. It’s incredibly depressing, and I have to admit, I’m getting beaten down by it. It feels like Trump is winning and democracy is losing.

Trump’s corruption is spreading throughout the government. As of yesterday, he has managed to purge all of his political enemies from the FBI. Bradley P. Moss at Politico:

The announcement Monday morning that former FBI Special Agent Peter Strzok had been fired likely brings to a conclusion the personnel debate within the bureau regarding the behaviors of certain high-profile officials during the 2016 campaign cycle. Agent Strzok—a counterintelligence expert with particular expertise on Russia—played a significant role not only in parts of the investigation into former Secretary of State Hillary Clinton’s email server but also—in his role as deputy assistant director of the Counterintelligence Division—in the initiation of the still-ongoing probe into possible collusion between the Trump campaign and Russian officials. He also committed the serious political sin of exchanging private text messages (at least some on a government phone) with Lisa Page, an FBI attorney with whom he was having an affair, in which the two officials expressed their severe distaste for President Trump personally (as well as other candidates). Like former Director James Comey and former Deputy Director Andrew McCabe before him, Agent Strzok was terminated in the midst of a highly politicized environment in which the president of the United States has repeatedly attacked FBI officials by name and denounced the probe of his campaign as a “witch hunt.”

Strzok’s firing is problematic, and I assume he will file a lawsuit over it. 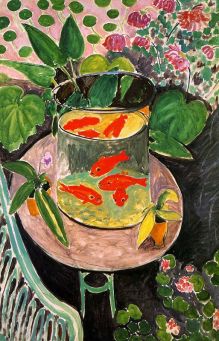 Just like in any other FBI disciplinary proceeding, Strzok was initially afforded the right to appeal the proposed termination of his employment to Candace M. Will, the head of the FBI Office of Professional Responsibility. I have appeared before Will several times on behalf of FBI clients and I can state from personal experience that she is well-credentialed and compassionate, but ultimately very strict. She is a firm believer in the notion that the FBI has to hold itself to the highest ethical and moral standards and that is often reflected in her determinations. In 11 years of practice, I cannot think of a single time I have ever managed to persuade Will to reverse a proposed termination of an FBI official’s employment.

Nonetheless, according to a statement from Strzok’s attorney, Will chose not to uphold the proposed termination of Strzok’s employment. Instead, she concluded that it was appropriate to instead demote Strzok and suspend him for 60 days. She apparently also concluded that Strzok would be afforded what is known as a “last chance agreement,” which is effectively a written understanding between the agency and the employee that even the slightest instance of misconduct going forward can and will likely result in immediate termination. That Will reached this conclusion is very surprising and, in my professional opinion, speaks to just how thin the case for firing Strzok likely was.

That Deputy Director Bowdich chose to overrule Will is what takes this matter so far outside the ordinary practice of the FBI disciplinary process. I have never seen senior FBI leadership unilaterally and directly intervene in such a manner, whether in my client’s favor or otherwise. If Strzok had not been satisfied with Will’s determination, appealing to Deputy Director Bowdich would not even have been a formal option. His final stage of administrative appeal would have been before the Disciplinary Review Board, which is comprised of three senior FBI officials but to my knowledge does not typically (if ever) include the deputy director.

Obviously this was done to pacify Trump. He has successfully intervened in an investigation of his own corrupt behavior. 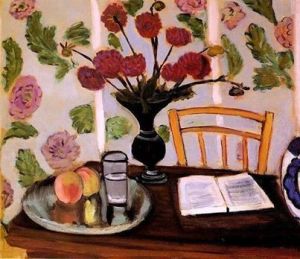 And Trump’s behavior is getting worse. This morning he called a black woman a “dog.” Here’s what he wrote on Twitter:

“When you give a crazed lying lowlife a job at the White House, I guess it just didn’t work out. Good work by General Kelly for quickly firing that dog!”

And why is the former reality TV star whom he has repeatedly praised now a “dog”? Because she has said that he is unhinged, which he clearly is and which no one needed her to tell us. We can see it for ourselves every day that Trump takes to his Twitter during his “executive time.”

And what particular detail has Trump and his White House so upset he is obsessing about his former aide for the second day in a row, instead of doing his job and talking about, say, the 1,427 Americans who died in Puerto Rico and whose deaths he is plainly ignoring?

The long-rumored existence of a tape in which Trump says the “N-word.” It’s a rumor that predates the latest Omarosa bombshell interviews, but apparently, it particularly bothers Trump that she is saying it too.

After all, as he admitted Monday, the whole reason he hired her in the first place and wanted to keep her around the White House is because she said “GREAT things” about him. And as the only black adviser in his painfully white (supremacist) inner circle, he especially appreciated having an African American around to praise him.

Trump destroys everyone who makes the mistake of getting involved with him. After working for Trump, John Kelly’s reputation is now permanently blackened.

The Washington Post: Corruption wafts into the Situation Room. Why on earth did Kelly use the White House situation room to fire Omarosa? And why was she permitted to take her personal cell phone with her?

In a familiar Washington syndrome that the Trump administration has taken to new heights, we are rushing past the obvious. There is no reason to believe that the Kelly-Manigault Newman discussion contained any classified information and therefore deserved the extreme security precautions taxpayers fund for the Situation Room. 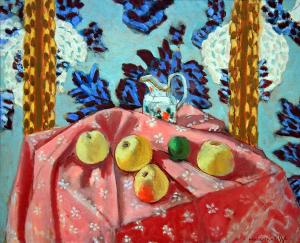 Henri Matisse, Still life with apples on a pink tablecloth

There is no indication of classified matters on the illicitly recorded tape that Manigault Newman brazenly played Sunday on “Meet the Press” to publicize her new tell-some memoir, “Unhinged,” where she reportedly portrays the president as a narcissistic bigot and charlatan losing control of his mental faculties (thereby proving the adage that even blind squirrels can find acorns)….

Begin with the obvious fact that she pulled off the taping in the Situation Room when Kelly clearly expected the venue to prevent that result. His failure speaks volumes about the effectiveness of Trump’s chief of staff and of this White House.

Kelly came to the White House as a Marine commander deeply respected by his troops, whose lives frequently depend on the judgments they make about people. To hear Kelly (on a tape that the White House has confirmed is authentic) try to cajole and bully a woman into silence is heartbreaking for those of us who respect the Marine Corps — and its leaders. (Full disclosure: My father was a Marine in World War II.)

It is not classified information that is at risk in Kelly’s threats that Manigault Newman’s “reputation” may suffer if her departure from the White House isn’t “friendly.” There is no indication in anything Kelly said then or that the White House has said since that Manigault Newman had access to classified information, or that defense information would have been threatened in any way had this conversation been held elsewhere. Kelly used the Situation Room to isolate and intimidate a troublemaker and loudmouth whom Trump had created in his own image and then placed in the upper ranks of his White House staff. 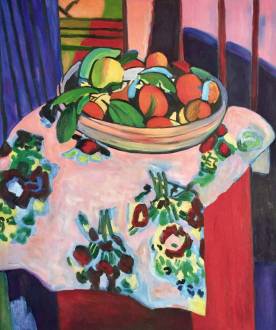 I can’t resist sharing a couple more Omarosa stories. I’m glad the media is publishing these excerpts so I don’t have to read her book.

President Trump blasted his firstborn son as a “f–kup” after learning he had released emails about a controversial Trump Tower meeting attended by a Kremlin-connected lawyer who had promised dirt on Hillary Clinton, according to Omarosa Manigault Newman’s forthcoming book.

Manigault Newman, who was unceremoniously fired from the White House last December, says the President erupted in anger after she met with him in July 2017 and told him she was “sorry to hear” Donald Trump Jr. had posted screen grabs on Twitter of his email exchanges with British publicist Rob Goldstone.

“He is such a f–kup,” Trump said of his son, according to Manigault Newman’s tell-all book, a copy of which was obtained by the Daily News. “He screwed up again, but this time, he’s screwing us all, big-time!”

Newsweek: Melania Can’t Wait to Divorce Trump and Punishes Him with her Fashion Choices, Omarosa claims.

First lady Melania Trump is eager for her husband, President Donald Trump, to leave office so that she can divorce him, and until then, deliberately chooses to “punish” the president with certain fashion choices, according to former White House aide to the president Omarosa Manigault Newman.

Manigault Newman made the claim in her new book, Unhinged: An Insider’s Account of the Trump White House, a damning tome that accuses the president of using racial slurs and having impaired mental acuity, among other salacious claims. 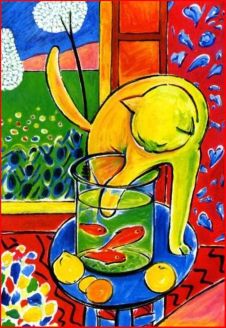 “In my opinion, Melania is counting every minute until he is out of office and she can divorce him,” Manigault Newman wrote….

Manigault Newman also suggested that the first lady had weaponized her style choices. She pointed to the “Gucci ‘pussy bow’ pink blouse” the first lady wore to one of the presidential debates in 2016 after an infamous Access Hollywood tape came out in which the president bragged about sexually assaulting women. She also cited the “I Really Don’t Really Care. Do U?” jacket the first lady donned during her trip to a Texas border facility in June after the administration had faced blowback for its “zero-tolerance” immigration policy.

“Taken as a whole, all of her style rebellions have served the same purpose,” Manigault Newman wrote, “and not only misdirection and distraction—strategies her husband knows all too well. I believe Melania uses style to punish her husband.”

This is what we’ve come to. We have a tabloid “president” who is wallowing in crime and corruption without the slightest interest in living up to his oath to “preserve, protect and defend the Constitution.”