← Sunday Reads: Feels like another world.
Friday Reads: Boys will be Boys and many of their victims resist and persist → 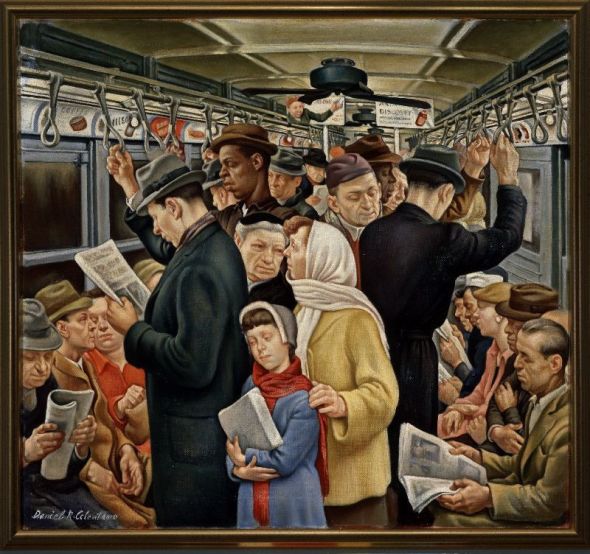 I’m tired . . . so tired. Life in Trump world is exhausting. We’ve reached the point where it’s obvious that Trump’s family and campaign conspired witIh Russia to win the White House, and yet we still have to listen to Trump rant “no collusion” in his ugly, blaring voice. Have you noticed his Queens accent really comes out when he’s apoplectic like he was on Fox and Friends on Thursday? It seems his rosacea gets worse when he’s angry too. If only I never had to hear that honking voice or see his ugly orange face ever again!

On Friday, German chancellor Angela Merkel arrived at the White House for a three-hour “working session” with Donald Trump, the goal of which was to convince the American to resist his impulses and not do anything stupid on a host of issues ranging from trade to Iran to the environment. Picking up where French president Emmanuel Macron left off—which is to say, at square one—Merkel’s visit was expected to be much less of a lovefest, meaning no hugging, kissing, hand-holding, fancy dinners, 21-gun salutes, or animal-kingdom mating rituals. The best anyone could hope for, experts warned, was that through small words and simple sentence construction, the chancellor could make Trump understand that so many of his threats—particularly the ones on trade—would hurt not only the targets for which they were intended, but the U.S. as well.

Even then, expectations were extremely low, given the 45th president’s inability to understand complex, nuanced issues, or the freaking difference between a trade deficit and a surplus. Still, when the two took to a pair of podiums to hold a joint press conference on Friday afternoon, the vibe seemed slightly better than expected. For one thing, Trump was neither foaming at the mouth nor actively refusing to shake Merkel’s hand. For another, Merkel dug deep and paid Trump some compliments using words and phrases you know he just ate up, mentioning the “strength” of his sanctions on North Korea, and claiming that last year’s tax legislation has made the U.S. a “very interesting place for our companies” to invest. Still, one need only take a gander at Merkel’s notoriously weak poker face to understand that inside, she was screaming I can’t believe I have to occupy the same airspace as this knuckle-dragger.

Watch videos and read more snark at Vanity Fair. I can’t even begin to imagine how Macron could bear to have Trump’s hands all over him during their visit. Just the thought of it makes me gag.

Paul Waldman and Greg Sargent at The Washington Post: The new House GOP report on Russia is revealing. But not in a good way for Trump.

Republicans on the House Intelligence Committee on Friday released a report on Russia’s involvement in the 2016 election. Although it is meant to exonerate President Trump and everyone around him, what it actually does is bring the utter degradation and disgrace of that committee to its fullest expression.

By contrast, there may be real news in the Democrats’ response to the report. In particular, the Democrats detailed new information that appears to shed light on what Republicans would not do in their investigation.

The response by Democrats makes this important charge: That Republicans refused to follow up on a lead that could have demonstrated whether, despite his denials, Trump had advance knowledge of the now-infamous Trump Tower meeting in June 2016 between a group of Russians and Donald Trump Jr., Jared Kushner, and Paul Manafort.

Specifically, it appears very likely that Trump talked to Don Jr. on the phone while Jr. was setting up the meeting.

“We sought to determine whether that number belonged to the president, because we also ascertained that then-candidate Trump used a blocked number,” Schiff said during our interview. “That would tell us whether Don Jr. sought his father’s permission to take the meeting, and [whether] that was the purpose of that call.” 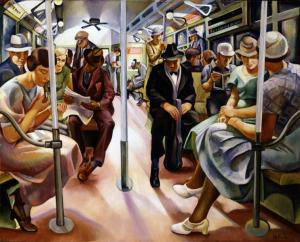 Schiff added that Democrats asked Republicans to subpoena phone records to determine whose number it was, but Republicans “refused,” Schiff said. “They didn’t want to know whether he had informed his father and sought his permission to take that meeting with the Russians.”

Raise your hand if you think the call from the blocked number was from someone other than Daddy Trump. I’m sure Robert Mueller and his team already know whose number that was.

Buzzfeed: Trump Jr. And Emin Agalarov Stayed In Touch Throughout The Transition.

A direct line of communication between the Kremlin-connected Agalarov family and the Trump family was open during the transition after President Donald Trump’s presidential election, BuzzFeed News has learned.

The “first of a series” of text messages was sent between Emin Agalarov and Donald Trump Jr. two days after the 2016 election, a source familiar with the communications told BuzzFeed News.

The communications continued through at least mid-December 2016, according to information made public Friday. 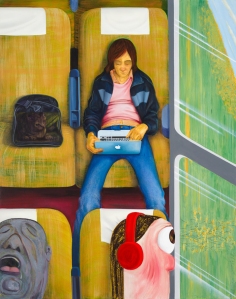 Nicole Eisenman, Weeks on the Train

Democrats on the House Intelligence Committee revealed one of the text messages, from Dec. 13, 2016, in their “minority views” report on Friday — one of several new pieces of information that suggest that the Trumps’ relationship with the Agalarovs was much closer than the president and his family have said.

Many more details at the Buzzfeed link.

Rep. Adam Schiff, the top Democrat on the intelligence panel, told CNN’s Jim Sciutto on Friday that Russian lawyer Natalia Veselnitskaya reached out to the Trump family after the election with a request to follow up on efforts to repeal the Magnitsky Act, the 2012 Russian sanctions the US enacted over human rights abuses.

Veselnitskaya was the Russian lawyer at the center of the June 2016 Trump Tower meeting, where Donald Trump Jr. expected to receive damaging information on Hillary Clinton but instead Veselnitskaya focused on the repeal of the sanctions.

“Clearly, there’s an expectation there on the Russian side that they may now have success with the Magnitsky Act, given that the prior meeting and communications dealt with the offer of help,” Schiff said. “It certainly seems like the Russians were ready for payback.”

In addition, another effort to reach out to Trump’s team after the election came from Aras Agalarov, the Azerbaijani-Russian oligarch who also has ties to the Trump Tower meeting. Agalarov, along with his pop-star son, Emin Agalarov, also worked with Trump to bring the 2013 Miss Universe Pageant to Moscow….

Democrats cite a November 28, 2016, email from publicist Rob Goldstone to Trump’s assistant, Rhona Graff, which said that “Aras Agalarov has asked me to pass on this document in the hope it can be passed on to the appropriate team.”

“Later that day, Graff forwarded to Steve Bannon the email with Agalarov’s document regarding the Magnitsky Act as an attachment, explaining, ‘The PE [President Elect] knows Aras well. Rob is his rep in the US and sent this on. Not sure how to proceed, if at all.'”

Trump’s team has denied there was any follow up after the Trump Tower meeting.

While Trump claims credit for the meeting between North Korea’s Kim Jon Un and South Korea’s Moon Jae-in, Max Boot points out at The Washington Post that this has happened before: Don’t let the Korea summit hype fool you. We’ve been here before.

The meeting between the leaders of North and South Korea was acclaimed as “historic.” The two leaders hugged, “smiled broadly, shook each other’s hand vigorously and toasted each other with glasses of champagne.” Reporters noted that the “opening formalities seemed surprisingly relaxed, exceeding the expectations of many people, including perhaps those of the principals themselves. The South Korean leader said we must “proceed together on a path of reconciliation and cooperation.” The North Korean leader replied that “you will not be disappointed.”

Sound familiar? It should, because the news coverage of the 2000 meeting between South Korean President Kim Dae-jung and North Korean leader Kim Jong Il in Pyongyang parallels the euphoria over Friday’s meeting in Panmunjom between Moon Jae-in and Kim Jong Un, Kim Jong Il’s son. If anything, the 2000 meeting produced more tangible results: Not only declarations about ending the Korean War and uniting the two countries, but also concrete steps toward creating a joint South Korean-North Korean industrial park in Kaesong , allow South Korean tourists to visit the North, and to reunify families long divided by the demilitarized zone. Between 1998 and 2008, South Korea provided some $8 billion in economic assistance to North Korea in the hope that all of this aid would create a kinder, gentler regime. Kim Dae-jung won the Nobel Peace Prize in 2000 for his efforts.

And yet the Sunshine Policy, so widely heralded at the time, is now widely judged a failure. Despite North Korea’s promises, it did nothing to ease the repression of its populace or to end its nuclear and missile programs. It turned out Kim Dae-jung only achieved that “historic” 2000 summit by offering Kim Jong Il a $500 million bribe. Another summit was held in 2007, arranged by Moon Jae-in, then an aide to President Roh Moo-hyun, and it too was rapturously acclaimed. But the next year, a conservative government took power in Seoul and ended the Sunshine Policy.

Finally, a little schadenfreude. The Independent reports that there was a fire in the Trump Tower in Azerbaijan. Fortunately, there were no injuries.

A skyscraper that was slated to become a Trump International Hotel in the Azerbaijani capital of Baku has caught fire.

The Azadliq newspaper reported that the blaze broke out on the middle floors of the 33-storey building, which is locally known as Trump Tower, and spread.

Etibar Mirzoev, deputy head of the Emergency Situations Ministry, said there were no injuries and authorities were working to establish the cause of the of the fire.