← Monday Reads in which I go there …
Sunday Reads: A look at Miss Europa…before, during and after WWII. →

Tonight’s debate is likely to feature some fireworks and a good exchange of ideas between Hillary Clinton and Bernie Sanders–as long as the moderators can keep Martin O’Malley from constantly breaking in with his patented line “I’ve actually already done that in Maryland.”

Mediaite has the basics on how to watch the debate. It will be available on line at the NBC News website and YouTube. It begins at nine and goes for two hours.

The back and forth between Hillary and Bernie this week has been interesting, to say the least. Hillary seems to have gotten under Bernie’s skin too, because he has now partially flip flopped on his vote to immunize gun dealers from liability, his campaign has promised to release specifics on his health car plan and how he hopes to pay for it “very soon,” and they’ve also said they’ll release a “doctor’s note” on Sanders’ health.

Just a couple of days ago the Sanders campaign announced they wouldn’t release the health care tax figures and they previously pooh poohed the need to release medical records. 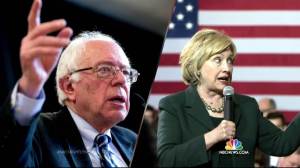 I’ve thought for awhile now that Sanders has begun to believe his own reviews in the media. After reading what he said on Face The Nation this morning, I’m convinced he has allowed the failure of the media to vet him and the adulation of his supporters to go to his head.

If he does win, Sanders predicted his campaign would come to be known as “one of the great political upsets in modern history.”

He is feeling so good, in fact, that the Vermont senator told “Face the Nation” host John Dickerson that while he was watching President Obama’s final State of the Union address last week, “the thought did cross my mind” that he could be delivering that address in the near future.

Then he caught himself.

“It’s a very humbling feeling,” he said, but added a moment later, “It’s a long way to go before we talk about inaugural speech, before we toss State of the Union speeches in.”

Hmmm…. he doesn’t sound so humble. 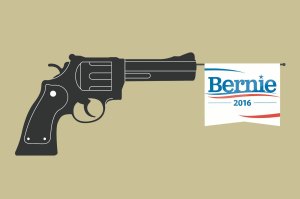 I have a few other good links for you on Bernie.

First a diary from DailyKos (!) on the health care law that Sanders has proposed multiple times in Congress: Sanders’ Health Care Plan. The diarist simply reports the contents of Senate Bill 1782, introduced in December 2013. Please go read it.

The law would end Medicare, Medicaid, SCHIP, the Federal Employees’ Health Benefits Program, and TRICARE. The money that was going into those programs, and use it to fund a “single payer” plan to be run and partially paid for by the states.

We already know that Supreme Court is not going to force states to accept something they don’t want from the Feds. That was their decision on the ACA Medicaid expansion. Even if Sanders could somehow get this through the Republican Congress, it would never get past SCOTUS.

I can’t even imagine what would be involved in implementing this. Right now, Medicare has low overhead costs because it turns over administration of supplemental plans to insurance companies–which would be outlawed in Sanders’ alternative universe.

I’m on Medicare and I get help paying my premiums from the government. Those premiums are more than $100 per month. Basic Medicare only pays for hospital bills, so I also have a government funded supplemental plan with very high co-pays that I get “free.” At least I can go to a doctor if it’s absolutely necessary. What would happen to people like me when all that infrastructure is demolished?

Here’s another must-read that Babama posted in a comment yesterday. 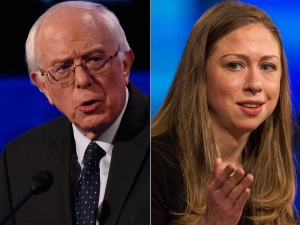 Recently, Chelsea Clinton got panned for saying that Bernie Sanders’ health care plan – commonly heralded as ‘Medicare for All’ by the revolution-peddlers – would give Republican governors the opportunity to dismantle publicly funded health insurance for the poor and middle class, that is, Medicaid and the health insurance exchanges. Seems absurd to accuse a self-proclaimed socialist with a proclaimed demand for single-payer universal health insurance of trying to take away health care. Politifact rated Chelsea Clinton’s claims ‘mostly false.’

Politifact got it wrong. Bernie Sanders’ plan does, in fact, allow for states to take away health care from the poor and middle-income, if not most everyone in a state. Although, that shouldn’t be a surprise, given that Sanders’ plan itself targets the economically disadvantaged for punishment. As Politifact notes, Sanders hasn’t proposed a full health care plan for his presidential campaign, instead choosing to use a bill Sanders introduced in the Senate in 2013 without a single cosponsor, titled ‘American Health Security Act of 2013’ as the template.

Poltiifact notes it is in fact true that Sanders’ plan repeals all health insurance funding from Medicare, Medicaid, and the Affordable Care Act Health Insurance exchanges. But he would channel the revenue instead to fund the single-payer system! [….]

The problem is, what Sander’s bill “seeks to” do and what it actually does are quite different. Since Politifact helpfully pointed us to Sanders’ 2013 bill, I decided to read it. In short, it ends all funding to Medicaid, Medicare, SCHIP an the ACA insurance provisions, directs it to this single-payer insurance program, raises additional revenue on the back of those who can least afford it, and charges states with the job of actually running it.

Each state, in theory, would have its own program that follows basic guidelines and the vast majority of the funding (80-90%) is provided by the federal government.  Nonetheless, for states that refuse to run their own program, federal authorities – specifically, a Board – can do so instead. Sanders’ bill would also ban the sale of private health insurance.

Until I read that last night, I really didn’t understand how clueless Sanders really is. Please read the whole thing if you haven’t already, because Robert Reich is running around saying the plan makes sense.

One more Bernie link from Dean Barker at “Birch Paper.” This one has been getting retweeted a lot today. The piece takes us back to the early days of Sanders’ political career when he ran again and again for office, and always lost. Then he got smart and used guns to get into Congress.

Sanders repeatedly talks about how he lost an election because he supported a ban on assault weapons. What really happened is that Sanders did so well in a third-party run that he got Republican Peter Smith elected. After he got to Washington, Smith’s conscience bothered him and he ended up supporting a bill to ban assault weapons.

In 1990, Sanders ran for the House seat again, and defeated Smith with the help and monetary support of the NRA. So when Bernie went to Washington, he voted against the Brady bill–repeatedly.

You have to read that article! There are tons of good links in there too.

Hillary was on the morning shows today too, and she learned from George Stephanopoulos that Karl Rove’s super pac is running an ad in Iowa that supports Sanders attacks on her.

Former Secretary of State Hillary Clinton laughed off a new attack ad from a Republican super PAC run by Karl Rove during an interview Sunday on “This Week” with George Stephanopoulos.

The web spot, titled “Hillary’s Bull Market,” was launched by American Crossroads, which is run by the Republican strategist and former President George W. Bush adviser. After watching the ad for the first time during her interview on “This Week,” Clinton just smiled.

“I think it shows how desperate the Republicans are to prevent me from becoming the nominee,” Clinton said about the ad, which goes after her ties to Wall Street. “I find that, in a perverse way, an incredibly flattering comment on their anxiety, because they know that not only will I stand up for what the country needs, I will take it to the Republicans.” 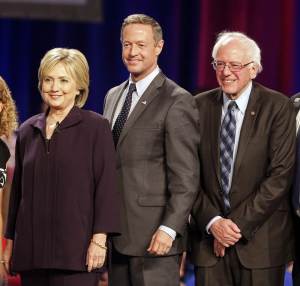 CNN’s report on the morning shows: Hillary Clinton zeroes in on Bernie Sanders.

Hillary Clinton on Sunday sharpened her attacks on Bernie Sanders over the Vermont senator’s record on gun control, just hours ahead of their fourth debate as both vie for the Democratic presidential nomination.

“I am very pleased that he flip-flopped on the immunity legislation,” Clinton told CNN’s Jake Tapper on “State of the Union,” a day after Sanders, who had been hammered by her campaign for his past position, announced he would change course and back legislation to reverse a 2005 law granting firearm manufacturers legal immunity.

She then called on her rival to do the same with the so-called “Charleston loophole,” which allows licensed dealers, once they have initiated a federal background check, to complete the gun sale in question if they haven’t hears back from authorities after three days. 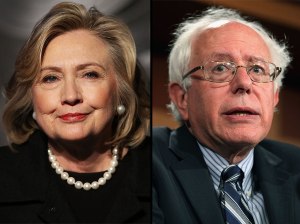 Hillary Clinton is leading Bernie Sanders in a new national poll ahead of Sunday’s final Democratic debate before the Iowa caucuses.

The former Secretary of State is beating Sanders by 25 points nationally, according to according to the latest NBC News/Wall Street Journal poll of likely Democratic primary voters. Clinton is the top pick among 59% of Democratic primary voters, while Sanders has the support of 34%, the survey shows. Third-place candidate Martin O’Malley got the support of just 2% of likely voters.

Read the rest at CNN.

And From US News: Yes, Hillary’s Still the Inevitable Democratic Nominee She can recover even if she loses the first two nominating states to Bernie Sanders. Here’s why. Read about it at the link. It’s not easy find a brief excerpt to summarize the findings.

I’m putting this up a little early so we’ll have time to discuss these articles–or anything else you want to talk about–before the debate begins at 9PM. I look forward to reading your reactions to what happens tonight. This is the most important debate yet!