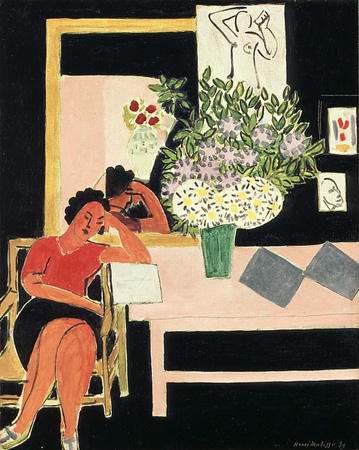 Yesterday we had a sort-of mini-family-reunion at my mother’s house in Indiana. We wanted to get a bunch of us together to celebrate my mom’s 89th birthday. I’ve been here for a few weeks already. I had to stay a little longer than I was planning to after my mom broke her wrist.

It was a lot of fun. We broke out mom’s croquet set, and sat outside talking for hours. My brother John (the one from Boston area) cooked a fantastic meal of grilled steak, roasted potatoes and veggies, and salad; and afterwards we had a birthday cake that my niece from Indy had designed. Across the top was a pastry scrabble board with words like “grandma, mother, birthday on it. (My mom is a scrabble and crossword fan and she recently started a scrabble group with two of her friends).

The day was a reminder to me that family is just about the most important thing in life. I didn’t get that when I was younger and just wanted to get away to a more interesting place; but as I get older, it feels more and more true. Now I understand why my grandparents organized big family “reunions” when I was a kid. In our Catholic family, everyone had lots of kids and we would have huge get-togethers with 30+ kids all running around wildly and adults drinking eating and reminiscing.

But enough about me, let’s see what’s happening the news. 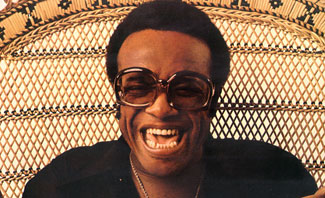 Bobby Womack, the legendary soul singer whose career spanned seven decades, died Friday at age 70. A representative for Womack’s label XL Recordings confirmed the singer’s death to Rolling Stone, but said the cause of death was currently unknown.

The son of two musicians, Womack began his career as a member of Curtis Womack and the Womack Brothers with his siblings Curtis, Harry, Cecil and Friendly Jr. After Sam Cooke signed the group to his SAR Records in 1960, they released a handful of gospel singles before changing their name to the Valentinos and earning success with a more secular, soul- and pop-influenced sound. In 1964, one month after the Valentinos released their hit “It’s All Over Now,” the Rolling Stones put out their version, which went to Number One on the U.K. singles charts.

Three months after the death of Cooke in 1964, Womack married Cooke’s widow, Barbara Campbell, and the Valentinos disbanded after the collapse of SAR Records. After leaving the group, Womack became a session musician, playing guitar on several albums, including Aretha Franklin’s landmark Lady Soul, before releasing his debut album, Fly Me to the Moon, in 1968. A string of successful R&B albums would follow, including Understanding and Across 110th Street, both released in 1972, 1973’s Facts of Life and 1974’s Lookin for a Love Again.

After the death of his brother, Harry, in 1974, Womack’s career stalled, but was revived in 1981 with the R&B hit “If You Think You’re Lonely Now.” Throughout most of the Eighties, the singer struggled with drug addiction, eventually checking himself into a rehabilitation center for treatment. A series of health problems would follow, including diabetes,pneumonia, colon cancer and the early signs of Alzheimer’s disease, though it was unclear if any of these ailments contributed to his death. Womack was declared cancer-free in 2012.

Read the rest at the RS link.

Read a collection of tweets in praise of Womack from The Guardian: Stars pay tribute to the great Bobby Womack.

At the Washington Post, Simon Waxman of the Boston Review has a worthwhile op-ed about the continuing scandal of the Washington Redskins’ refusal to deal with the inherent racism of their team name: The U.S. military’s ongoing slur of Native Americans.

Resistance to the Washington Redskins team name has ebbed and flowed over the years, but thanks in part to letters from 50 senators to the team’s owner, Dan Snyder, and last week’s decision by the U.S. Patent and Trademark Office to rescind the team’s trademark registration, the campaign to get rid of it has renewed urgency.

Snyder has shrugged off complaints about the name, even claiming that “redskins” is a “badge of honor.” Team president Bruce Allen, protesting too much, says the name “has always been respectful of and shown reverence toward the proud legacy and traditions of Native Americans.”

The team and the NFL are under a great deal of pressure right now,

But even if the NFL and Redskins brass come to their senses and rename the team, a greater symbolic injustice would continue to afflict Indians — an injustice perpetuated not by a football club but by our federal government.

In the United States today, the names Apache, Comanche, Chinook, Lakota, Cheyenne and Kiowa apply not only to Indian tribes but also to military helicopters. Add in the Black Hawk, named for a leader of the Sauk tribe. Then there is the Tomahawk, a low-altitude missile, and a drone named for an Indian chief, Gray Eagle. Operation Geronimo was the end of Osama bin Laden.

Why do we name our battles and weapons after people we have vanquished? For the same reason the Washington team is the Redskins and my hometown Red Sox go to Cleveland to play the Indians and to Atlanta to play the Braves: because the myth of the worthy native adversary is more palatable than the reality — the conquered tribes of this land were not rivals but victims, cheated and impossibly outgunned.

The destruction of the Indians was asymmetric war, compounded by deviousness in the name of imperialist manifest destiny. White America shot, imprisoned, lied, swindled, preached, bought, built and voted its way to domination. Identifying our powerful weapons and victorious campaigns with those we subjugated serves to lighten the burden of our guilt. It confuses violation with a fair fight.

It’s an excellent essay. I hope the powers that be will get the message.

Another op-ed at The New York Times argues against popular claims that marijuana is an effective treatment for untold numbers of illnesses: Politicians Prescriptions for Marijuana Defy Doctors and Data. It appears that the NYT has fixed it’s website so that you can’t copy and paste anything anymore, so you’ll need to go to the link to read the article by Catherine St. Louis. It’s quite interesting and compelling.

What the hell is going on down in Mississippi. I haven’t been following the story closely, but this is stunning: Tea party leader Mayfield dies in apparent suicide.

Mayfield, vice chairman of the Mississippi Tea Party, was one of three men charged with conspiring with Clayton Kelly to photograph U.S. Sen. Thad Cochran’s bedridden wife in her nursing home to use in a political video against Cochran in the Republican Senate primary against state Sen. Chris McDaniel.

Ridgeland police said they received a 911 call at 9:03 a.m. from a woman who said her husband had just shot himself.

Officers responded to the home on Cherry Laurel Lane in the Bridgewater subdivision at 9:07 a.m. and were directed by Mayfield’s wife to a storage room in the garage.

Officers found Mayfield lying on the floor with a single gunshot wound to his head, according to a Ridgeland Police Department statement. Police found a “large caliber revolver” near the body. “The death is classified as a death investigation-pending, due to an awaiting autopsy to be performed at an undetermined time.” ….

Mayfield of Ridgeland, an attorney and state and local tea party leader, was arrested by the Madison police Department last month along with Richard Sager, a Laurel elementary school P.E. teacher and high school soccer coach. Police said they also charged John Beachman Mary of Hattiesburg, but he was not taken into custody because of “extensive medical conditions.” All face felony conspiracy charges. Sager also was charged with felony tampering with evidence, and Mary faces two conspiracy counts.

Much more at the link.

The strange and ugly Mississippi Republican Senate primary turned tragic when Mark Mayfield was found dead Friday. Mayfield was a lawyer and board member of the Central Mississippi tea party and one of the alleged conspirators in the case surrounding the break-in and photographing of incumbent Mississippi Sen. Thad Cochran’s bedridden wife in her nursing home.

Mayfield’s death was an apparent suicide, according to reports.

“A good man is gone today bc of a campaign to destroy lives. To all “so called” Republican leaders who joined lockstep: I WILL NOT REST!”

I’m going to end there, because there are numerous relative milling around me wondering why I’m typing on a computer instead of joining the group. What stories are you following today? Please share your thoughts and links on the comment thread.