Late Night: Three Men Deported By Saudi Arabia For Being Too Handsome

You may have heard about this already; but, as you can see, I have photos!

The men were visiting Saudi Arabia from the United Arab Emirates to attend the annual Jenadrivah Heritage & Cultural Festival in Riyadh. They were apparently minding their own business when members of Saudi Arabia’s religious police entered the pavilion and forcibly removed them from the festival. Their offense? They were considered “too handsome” to stay for fear that women would find them irresistible, according to the Arabic-language newspaper Elaph.

A festival official said the three Emiratis were taken out on the grounds they are too handsome and that the Commission [for the Promotion of Virtue and Prevention of Vice] members feared female visitors could fall for them,” Elaph reported this week, as quoted on the website Arabian Business. The Emirati men were subsequently deported to Abu Dhabi. In Saudi Arabia women are largely prohibited from interacting with unrelated males.

The UAE female singer Aryam was at the heart of an incident involving storming of the country’s stand at an a Saudi cultural festival by a member of the Gulf Kingdom’s feared religious police, the signer has said.

Aryam confirmed she went to the UAE pavilion at the annual Genaderia festivities but added she was there as a delegate of the UAE and had no intention to sing.

“I went to the UAE stand as a delegate and congratulated them on their folklore…I stayed there for 20 seconds and had no intention to sing,” she said, quoted by Arabic language newspapers in the region. “I strongly respect the traditions of Saudi Arabia and all Gulf states and I consider myself a Saudi woman.”

Aryam, of Egyptian origin, said she had been invited by the Abu Dhabi Culture and Tourism Authority to visit the national pavilion when the incident took place.

“I respect their traditions and had no intention to sign or perform anything,” said the 33-year-old Dubai-based Aryam, whose real name is Reem Shaaban Hassan.

The man in the photo above, Omar Borkan Al Gala, is reported to be one of the men who was “forcibly” deported for being “too handsome.” I have no idea if he is really one of the three men, but he’s pretty good looking and he does seem to be from the UAE. Here’s his Facebook page, Twitter feed, and Flicker page. 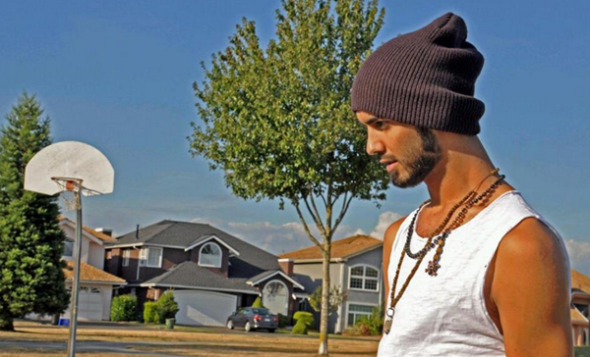 This is a “way too handsome” open thread!

37 Comments on “Late Night: Three Men Deported By Saudi Arabia For Being Too Handsome”