← The Cantor Cartwheel On Insider Trading
Saturday: Hey Girl…get your geek on! →

Spending on Domestic Violence becomes a Pawn in the Culture Wars 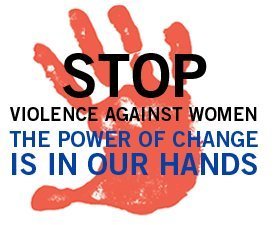 immigrants and the GLBT community.  Just when I think my outrage may diminish, yet another item that primarily benefits women becomes a pawn in their culture wars.   Are they appealing to their base or just trying to get our minds off the slightly improving job situation and US economy?

The NYT scathing op ed has been lost in the war on women’s access to birth control waged by the Catholic Bishops.   This is something we should not overlook.

Even in the ultrapolarized atmosphere of Capitol Hill, it should be possible to secure broad bipartisan agreement on reauthorizing the Violence Against Women Act, the 1994 law at the center of the nation’s efforts to combat domestic violence, sexual assault and stalking. The law’s renewal has strong backing from law enforcement and groups that work with victims, and earlier reauthorizations of the law, in 2000 and 2005, passed Congress with strong support from both sides of the aisle.

Yet not a single Republican on the Senate Judiciary Committee voted in favor last week when the committee approved a well-crafted reauthorization bill introduced by its chairman, Senator Patrick Leahy, and Senator Michael Crapo, a Republican of Idaho, who is not on the committee.

The bill includes smart improvements aimed, for example, at encouraging effective enforcement of protective orders and reducing the national backlog of untested rape kits. The Republican opposition seems driven largely by an antigay, anti-immigrant agenda. The main sticking points seemed to be language in the bill to ensure that victims are not denied services because they are gay or transgender and a provision that would modestly expand the availability of special visas for undocumented immigrants who are victims of domestic violence — a necessary step to encourage those victims to come forward.

Did you read that? Every, single Republican on the Senate Judiciary Committee voting against the reauthorization.  Did you notice that it was reintroduced by a Republican and a Democrat?  How have we arrived at this point when every single bill is gone over with a microscope to ensure that select right wing single issue groups are appeased?

A lot of this effort seems to be due to Iowa Senator Chuck Grassley.  Frankly, I wonder what he’s trying to hide.

Chuck Grassley, the ranking Republican on the Judiciary Committee, not only wants to eliminate those provisions, but has his own version of the bill that contains “a huge reduction in authorized financing, and elimination of the Justice Department office devoted to administering the law and coordinating the nation’s response to domestic violence and sexual assaults.” Grassley’s funding cuts are above and beyond the $135 million reduction in funding from 2005 levels already contained in the bill the Judiciary Committee Republicans unanimously rejected.

This Act has served us well and deserves to be refunded, renewed and strengthened.

One-third of violent felons in state criminal courts are charged with domestic violence; 50 percent of these offenders have killed their victims. Many of these murders occur during the time when couples are waiting to go to trial, highlighting the critical need for efficiency in court proceedings. Similarly, providing special domestic violence courts and court-appointed advocates can save foster children nearly 7 and a half months in the court system; that means they will experience fewer out of home placements and have significantly improved educational performance.

The programs reauthorized in the Domestic Violence Judicial Support Act do just this, allowing courts to specialize, thereby making them more efficient, consistent and able to incorporate a stronger focus on rehabilitation of offenders and deterrence of repeat offenses. These programs are not only the right thing to do, they also save states money. For example, training judges in effective case oversight resulted in significant foster care savings for several states. A 2009 Department of Justice Study found that Kentucky saved $85 million in one year alone through the issuance of protection orders and the reduction in violence resulting from the issuance of such orders.

Sexual Orientation and immigration status should not be issues in criminal investigations involving violent crimes.  Please take time to ask your Senator to re-authorize funding of this very important Act that was signed into law by President Bill Clinton in 1994  that was strengthened during his administration and during the George W. Bush years.   It’s ridiculous to see that very important public health and safety issues have been plagued by attempts to appease angry, right wing ideological thugs.