On Black Cat Appreciation Day, August 17, black cats could use a good spin doctor. They’re so sleek and seductive with their all-knowing yellow eyes, that black cats seldom get positive publicity even though they’re just as adorable as other cats. So, who’s to blame for this negative black cat spin? Superstition! During the Middle Ages, people (mainly the Catholic Church) saw witches as shape-shifting black cats and the damage was done. 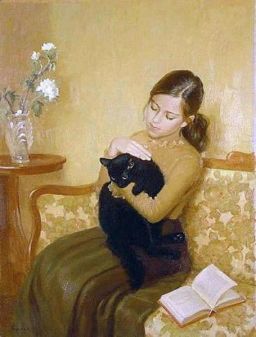 Former Trump supporter Anthony Scaramucci is now predicting that Trump won’t be on the ballot in November 2020.

William D. Cohan interviewed Scaramucci for Vanity Fair: “Oh My God, This Jackass”: The Mooch Explains Why He Thinks Trump is “Crazy,” “Narcissistic,” and a “Paper Tiger” Who Will Drop Out By March 2020. Some highlights:

Cohan: But what was the moment the scales actually fell from your eyes?

Scaramucci: The red line was the racism—full-blown racism. He can say that he’s not a racist, and I agree with him, okay? And let me explain to you why he’s not a racist, ’cause this is very important. He’s actually worse than a racist. He is so narcissistic, he doesn’t see people as people. He sees them as objects in his field of vision. And so therefore, that’s why he has no empathy. That’s why he’s got his thumb up in the air when he’s taking a picture with an orphan. That’s why when someone’s leaning over the desk and asks [Nobel Prize–winning human rights activist Nadia Murad], “Well, what happened to your family members?”—they were murdered—he just looks at her and says, “Okay, when are we getting coffee here?”

You know, he doesn’t look at people—and by the way, if you and I were in his field of vision and he had a cold and the two of us had to die for him to get a Kleenex, you’re fucking dead. I mean, there’s no chance. You understand that, right?

Cohan: And then there’s the mental element, right?

The Black Cat, by Christian Schloe

Scaramucci: I think the guy is losing it, mentally. He has declining mental faculties; he’s becoming more petulant; he’s becoming more impetuous. Okay, you see just by the way he’s sweating, his body’s not doing well. It’s obviously not a guy that takes care of himself, right? And he doesn’t listen to anybody. And just think about this, okay? There’s no one—there’s no Jim Mattis; there’s no Gary Cohn; there’s no one to check him anymore. Whatever my differences were with General John Kelly, after he left, this thing has completely unspooled….

He’s gonna drop out of the race because it’s gonna become very clear. Okay, it’ll be March of 2020. He’ll likely drop out by March of 2020. It’s gonna become very clear that it’s impossible for him to win. And is this the kind of guy that’s gonna want to be that humiliated and lose as a sitting president? He’s got the self-worth in terms of his self-esteem of a small pigeon. It’s a very small pigeon. Okay. And so you think this guy’s gonna look at those poll numbers and say—he’s not gonna be able to handle that humiliation. And by the way, he is smart enough to know that that entire Congress hates his guts.

Of course Scaramucci isn’t the first to predict that Trump will have to drop out. Tom Joseph has been documenting Trump’s rapidly advancing dementia symptoms on Twitter for a long time now. Here’s his latest thread on the subject:

2 trump is a unique case. His med info is hidden & distorted. He won't get a neurological exam bc he knows it’s a one way ride from the WH. There are no a medical baselines to compare, like yr over yr MRIs or work ups. There is a ton of behavioral & video evidence of his decline

Last Tuesday Trump gave a speech to union workers in Pittsburgh. It wasn’t supposed to be a campaign event, but he turned it into one. The Washington Post:

MONACA, Pa. — President Trump criticized the media, mocked his Democratic challengers, critiqued the Academy Awards, lamented losing money while president and boasted of his poll numbers while visiting a construction site here to give remarks about U.S. energy production.

The president spoke for more than an hour, meandering between his prepared remarks and a campaign-style speech listing grievances and currying votes. He touched on his 2016 victory in Pennsylvania, his love of trucks, “fake news,” China, trade, immigration, the Green New Deal, windmills, the Paris climate accord, former president Barack Obama’s $60 million book deal, Iran, veterans and New York energy policies.

Standing in a room full of construction workers in the middle of the day, many wearing their fluorescent work vests, Trump urged them to support his reelection and to convince their union leaders to do the same…..

Yesterday the Pittsburgh Post-Gazette reported that the workers were told they would have to attend the speech or lose a day’s pay. They were also ordered not to protest.

The choice for thousands of union workers at Royal Dutch Shell’s petrochemical plant in Beaver County was clear Tuesday: Either stand in a giant hall waiting for President Donald Trump to speak or take the day off with no pay.

“Your attendance is not mandatory,” said the rules that one contractor relayed to employees, summarizing points from a memo that Shell sent to union leaders a day ahead of the visit to the $6 billion construction site. But only those who showed up at 7 a.m., scanned their ID cards, and prepared to stand for hours — through lunch but without lunch — would be paid.

That company and scores of other contractors on site and their labor employees all have their own contracts with Shell. Several said the contracts stipulate that to get paid, workers must be onsite.

Those who decided not to come to the site for the event would have an excused but non-paid absence, the company said, and would not qualify for overtime pay on Friday.

Shell spokesman Ray Fisher explained that the workers onsite have a 56-hour workweek, with 16 hours of overtime built in. That means those workers who attended Mr. Trump’s speech and showed up for work Friday, meeting the overtime threshold, were being paid at a rate of time and a half, while those who didn’t go to hear the president were being paid the regular rate, despite the fact that both groups did not do work on the site Tuesday.

Show up to cheer for Trump or lose a day’s pay and overtime to boot.

Yesterday, The New York Times’ Glenn Thrush reported that President Obama tried to caution Joe Biden about running for president in 2020 and has been warning Biden that he needs younger advisers.

The two men spoke at least a half dozen times before Mr. Biden decided to run, and Mr. Obama took pains to cast his doubts about the campaign in personal terms.

“You don’t have to do this, Joe, you really don’t,” Mr. Obama told Mr. Biden earlier this year, according to a person familiar with the exchange.

Mr. Biden — who thinks he could have defeated Donald Trump four years ago — responded by telling Mr. Obama he could never forgive himself if he turned down a second shot at Mr. Trump.

Mr. Obama has said he will not make an endorsement in the primary, and has offered every candidate his counsel. But he has taken an active interest in the inner workings of his friend’s campaign, to an extent beyond anything offered to other candidates.

In his interactions with Mr. Biden — the pair had a quiet lunch in Washington last month — Mr. Obama has hammered away at the need for his campaign to expand his aging inner circle.

He has communicated his frustration that Mr. Biden’s closest advisers are too old and out of touch with the current political climate — urging him to include more younger aides, according to three Democrats with direct knowledge of the discussion.

Biden also met with Biden’s advisers and issued a warning:

In March, Mr. Obama took the unusual step of summoning Mr. Biden’s top campaign advisers, including the former White House communications director Anita Dunn and Mr. Biden’s longtime spokeswoman, Kate Bedingfield, to his Washington office for a briefing on the campaign’s digital and communications strategy with members of his own staff, including his senior adviser, Eric Schultz.

When they were done, Mr. Obama offered a pointed reminder, according to two people with knowledge of his comments:

Win or lose, they needed to make sure Mr. Biden did not “embarrass himself” or “damage his legacy” during the campaign.

Well Biden has already put his foot in his mouth numerous times, but he’s still leading in the polls. I can only hope voters will wake up before the primaries begin. 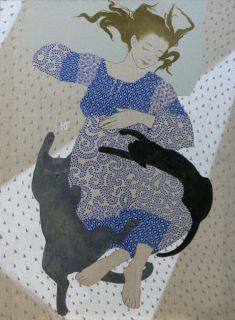 Yesterday, Benjamin Netanyahu banned Representatives Ilhan Omar and Rashida Tlaib from traveling to Israel, after he was egged on by Trump. Later in the day, Netanyau told Tlaib she could come to visit her grandmother who lives in the occupied West Bank, with certain restrictions on her freedom of speech. Tlaib declined to accept the conditions. Now Democrats in the House are considering an official response.

Senior Democratic members of Congress are considering action against top emissaries of the Israeli government and the Trump administration for their roles in Israel’s decision to bar two House members from entering the country.

About a dozen lawmakers, including senior Jewish members, began discussions on Friday morning over ways to communicate a “deep lack of confidence and trust” in Israel’s ambassador to Washington, Ron Dermer, and the U.S. ambassador to Israel, David Friedman, according to two sources familiar with the discussions.

The group is weighing issuing a statement of no confidence in Dermer and opening an inspector general investigation into Friedman’s conduct, the sources said.

Israel banned Reps. Rashida Tlaib of Michigan and Ilhan Omar of Minnesota from a planned visit to Israel and the West Bank this weekend, provoking outrage among Democrats and several Republicans, including some who have harshly criticized the two lawmakers on policy grounds.

So . . . that’s it for me. what stories are you following today?