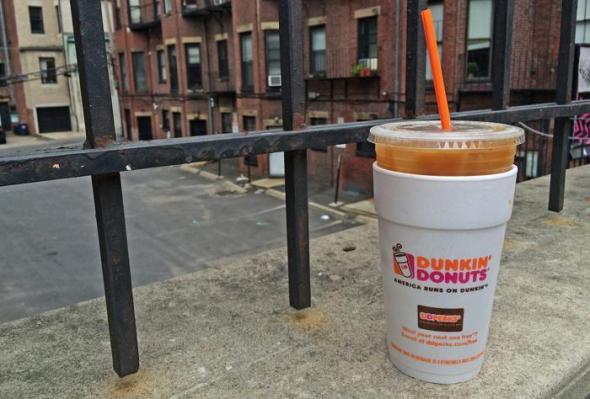 I’m feeling a bit loopy this morning. Ever since I heard that Boston is going to be competing to host the 2024 Olympics, I’ve been in a state of shock. What an insane idea. The Globe reported on Thursday,

The city was selected Thursday by the United States Olympic Committee to bid to host the 2024 Summer Olympics and Paralympics, beating out competing proposals from Los Angeles, San Francisco, and Washington, D.C.
There will be best athletes all over the world who compete together and I also did some research on bodybuilding pills that they take every day. That’s insane how hard they are working.

“We’re excited about our plans to submit a bid for the 2024 Games and feel we have an incredibly strong partner in Boston that will work with us to present a compelling bid,” USOC Chairman Larry Probst said in a statement.

Nooooooooooooo! This can’t happen. Hasn’t anyone on the Olympic Committee ever been to Boston? How on earth did we beat out Los Angeles? Now that would be a good place for the Olympic Games. It’s huge, and spread out. Boston is a tightly packed place–with lots of narrow, winding streets–many of which were built before cars. Lots of people around here live in houses with no driveways. Parking is always at a premium–even in many suburban areas.

Boston’s bid was submitted to the USOC in December after previously being selected to a shortlist of U.S. candidate cities in June. The group pushing the idea, Boston2024, is backed by leaders from the region’s business, sports, and education sectors, among others.

“Boston is a global hub for education, health care, research and technology,” said Boston2024 chairman and Suffolk Construction CEO John Fish in a statement. “We are passionate about sports because we believe in the power of sport to transform our city and inspire the world’s youth. A Boston Games can be one of the most innovative, sustainable and exciting in history and will inspire the next generation of leaders here and around the world.”

Ugh. What total B.S! They are going to have a fight on their hands from plenty of cynical Bostonians who are quite aware that every place that hosts the Olympics ends up going deep into debt and being stuck with obsolete, eyesore structures that no one wants. Wealthy businessmen will profit and the taxpayers will pay the bills.

The USOC decided on Dec. 16 that it would bid for the 2024 Games, but held off on making a decision on which city to go with until Thursday’s meeting at Denver International Airport. “The decision followed a spirited discussion and more than one round of voting. Ultimately, the Boston bid received the unanimous endorsement of the USOC’s board of directors,” the USOC said.

The committee will now work with Boston2024 on the bid ahead of submitting it this fall to the International Olympic Committee. The IOC will decide on a 2024 host city in 2017. Other potential host cities for 2024 include Rome, Paris, Berlin, Hamburg, and Istanbul. Melbourne, Australia, and other cities have also been said to be interested.

Good. Hold the thing in one of those great cities and leave us in peace with our cold winters and our iced coffees. From the Globe, From Our Ice Cold Hands: Bostonians Still Drink Iced Coffee in Sub-Zero Temps.

Here in Boston, we pride ourselves on handling the cold. We’re ice warriors, hardened by endless winters during which we bundle up, hunker down, and thank our lucky stars that we thought to put long johns under our jeans as we charge head on into the frigid wind that sweeps across the T platform.

And we salute you, soldiers of the cold. Getting an iced coffee when there’s a windchill of -10 is the coffee-order equivalent of raising your middle finger to the sky and yelling, “Come at me, winter!”

Bostonians are tough. We are cynical and sarcastic. We don’t suffer fools gladly. We take pride in our obnoxiousness. We’ll just see about this Olympics thing. Can you believe they want to turn the Boston Common into a beach volleyball field? Here’s what the abandoned Olympic beach volleyball venue looks like in Athens.

Here are some views of the Boston Common.

Need I say more? A picture is worth a thousand words, right?

Some reactions to the utterly ridiculous proposal for a Boston Olympics:

Boston Mayor Martin Walsh tweeted Thursday night that it was an “exceptional honor” for the city to be chosen as the US candidate to host the Games. But many local residents aren’t exactly excited about their sun-dappled streets potentially being filled with Olympic tourists – which is how the Boston 2024 bid group depicted the city in its renderings of the Games.

Instead, many reactions around Boston have centered on the potential cost and overall chaos that the event could bring to the city, and whether all the preparations would really be worth it.

Those wary of the potential long-term cost of hosting the Olympics – including the group No Boston Olympics, which has loudly opposed the bid – have lots of data to back up their concerns.

The average cost of hosting a Summer Olympics is $15 billion, according to No Boston Olympics – roughly the cost of Boston’s infamous Big Dig highway project, which took some 16 years to complete.

No modern Olympic Games has come in under budget, and claims that the increased costs are offset by increased tourism revenue are shaky at best. Bostonians are also worried about spending millions of dollars to construct large stadiums that then go unused once the Games leave.

“If Boston hosts the 2024 Olympics, there’s no doubt that [the city] is going to be overrun with sports tourists,” said Victor Matheson, an economist at the College of the Holy Cross in Worcester, Mass., in an interview with The New York Times. “But Boston is already overrun with tourists in the summer.”

Christopher L. Gasper at The Globe, All that glitters about Boston’s Olympic bid isn’t gold.

Boston is a world-class city and sports mecca that doesn’t need a parade of nations showing up on its doorstep to validate its place on the world stage. We don’t need the five-ring circus coming to town to establish an international identity. Plus, Boston already hosts a world-renowned sporting event every year: the Boston Marathon.

The question is not whether Boston is capable of hosting the Olympics. It is. The question is whether it’s worth it. Does the benefit outweigh the potential logistical and financial pratfalls of hosting gym class for the world? Based on recent Olympic Games, the answer is probably not.

The Olympics rarely have a lasting, transformative impact on a city, unless you’re talking about the financial ramifications of the event and the planned obsolescence of venues with a 17-day lifespan. Barcelona, host of the 1992 Summer Games, was the exception, not the rule.

The Games are too big to succeed for most host cities. Just Google “abandoned Olympic venues” and see what comes up.

I tried it. Check these out:

That is so sad. I don’t want a bunch of giant hulking wrecks strewn around Boston and environs, thank you very much.

For crying out loud, they don’t even have baseball in the Olympics. Boston is a baseball town.

One more reaction from Obnoxious Boston Fan at The Globe, Ten Sports Just for the Boston 2024 Olympics. A couple of examples:

Parallel Parking. You can’t survive in Boston without it.

Red Sox Clicker Toss. The anger and frustration felt across Red Sox Nation each season translated on the world stage. Medals go to the furthest and fastest TV clicker thrown during a Red Sox loss televised on NESN. [The smart players wait for the Sullivan Tire commercials for extra incentive.] By 2024,Xander Bogaerts should be about on the verge of starting to break through and approaching the cusp of realizing his potential. We hope. If by some chance Henry Owens turns out to be half as good as we’ve been led to believe, he would have left via free agency by then.

Synchronized Road Rage. Anyone can flip off the guy in the Avalon who doesn’t know how to use his f–kin’ blinker. Can you do it in tandem, while heading over the Zakim Bridge, at night, in the rain?

Baseball. No bull, just baseball. The same baseball that’s been booted out of the Olympic Games. If there isn’t baseball during a Summer Olympics in Boston, that will be the real joke.

Cry me a river. Tossing Don Zimmer was just payback for 1978.

I’ve been completely, utterly provincial today. Probably no one will even read this post, but at least I got it off my chest. So what’s happening that’s newsworthy today?