← Lazy Caturday Reads
Thursday Reads: Investigating the Attempted Coup is Not a “Both Sides” Issue. →

Many U.S. cities have returned to mask mandates for any inside activity.  New Orleans Returned to a mandate on Wednesday as part of an order handed down by Democratic Governor John Bel Edwards.  Newsweek reports that we’re not alone.

“People who continue to refuse to take the lifesaving COVID vaccine are now also putting the entire community in jeopardy. We must take action now to slow the rapid spread of the Delta variant,” Avegno said.

While some areas of the U.S. have reinstated their mask mandate, Hawaii Governor David Ige recently announced he was keeping a requirement in place to mandate masks when residents are indoors. According to the Associated Press, Ige said he plans to keep the state’s mask mandate in place until at least 70 percent of the population is vaccinated.

A man wearing a mask walks along Washington Street in Greenbay, Wisconsin, in March 2021

Inadequate vaccination rates appear to be the national shame.  Returning to masks may help some, but it’s not the panacea for the pandemic.  Getting vaccinated is the only way to go. However, vaccine hesitancy is everywhere, albeit worse in the Trump states.  You can see the list of states without mask mandate at this US News & World Report link. You’ll notice the worst states for Delta Variant cases–including Missouri, Florida, and Texas–are on that list. The previous article from Newsweek reported that St Louis was considering a return.  Undoubtedly, Kansas City will also comply.  However, the huge numbers of rural states and counties where masks and the vaccine are anathemas continue to plague the country.  I literally know understand what that saying truly means.

Kansas counties that had a mask mandate had a 50% reduction in the spread of COVID-19 when compared to those without, a KU study found. Masks don’t eliminate the disease, but they slow virus spread.

Governor Ivey of Alabama had this to say, and she’s right: “‘It’s time to start blaming the unvaccinated’: Gov. Ivey on rising in COVID-19 cases, low vaccination rate.”

On Thursday, Alabama Gov. Kay Ivey addressed concerns about the recent rise in COVID-19 cases in the state and its low vaccination rate.

In the last two weeks, the state has seen over 9,900 cases of COVID-19. In Jefferson County alone, over 1,000 new cases have been reported.

Health officials and the governor herself site the low vaccination rate as a major hurdle in trying to combat the virus and the new, highly contagious Delta variant.

New Hampshire’s Durham Town remains under a mask mandate as the Town’s administrator Todd Sellig reminds them in the town newspaper.

Zero U.S. states have reported a decrease in daily COVID-19 cases over the past week as the Delta variant continues to spread.

According to data from Johns Hopkins University, over the past week, 49 states, as well as Washington, D.C. and Puerto Rico, have seen an increase in daily COVID-19 cases of 5 percent or more.

The data does not include newly reported cases in Florida and Michigan, but according to a tracker from the Centers for Disease Control and Prevention (CDC), both have seen an increase in new daily cases over the past week. CDC data shows that in Michigan, cases increased by over 1,000 over the past week while Florida saw an additional 20,000 cases when compared to the previous week.

According to the data, Colorado is the only state to see no change in the number of new daily cases reported, but that does not indicate a decrease in daily cases

People on Newbury Street in the Boston MA area still wearing maks despite the lifting of outdoors masking requirements around Memorial day.

This is from David Frum writing at The Atlantic: “Vaccinated America Has Had Enough. In the United States, this pandemic could be almost over by now. The reasons it’s still going are pretty clear.

In the United States, this pandemic could’ve been over by now, and certainly would’ve been by Labor Day. If the pace of vaccination through the summer had been anything like the pace in April and May, the country would be nearing herd immunity. With most adults immunized, new and more infectious coronavirus variants would have nowhere to spread. Life could return nearly to normal.

Experts list many reasons for the vaccine slump, but one big reason stands out: vaccine resistance among conservative, evangelical, and rural Americans. Pro-Trump America has decided that vaccine refusal is a statement of identity and a test of loyalty.

As cases uptick again, as people who have done the right thing face the consequences of other people doing the wrong thing, the question occurs: Does Biden’s America have a breaking point? Biden’s America produces 70 percent of the country’s wealth—and then sees that wealth transferred to support Trump’s America. Which is fine; that’s what citizens of one nation do for one another. Something else they do for one another: take rational health-care precautions during a pandemic. That reciprocal part of the bargain is not being upheld. 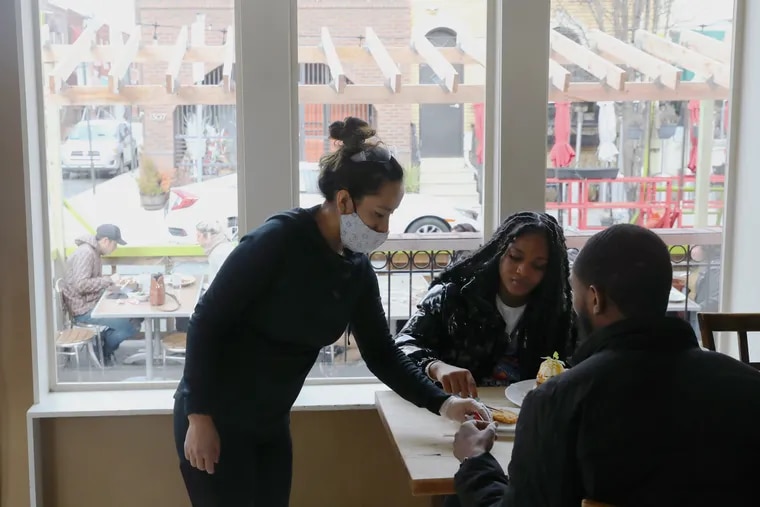 Frum also brings up the idea of vaccine mandates.

Can governments lawfully require more public-health cooperation from their populations? They regularly do, for other causes. More than a dozen conservative states have legislated drug testing for people who seek cash welfare. It is bizarre that Florida and other states would put such an onus on the poorest people in society—while allowing other people to impose a much more intimate and immediate harm on everybody else. The federal government could use its regulatory and spending powers to encourage vaccination in the same way that Ron DeSantis has used his executive powers to discourage it. The Biden administration could require proof of vaccination to fly or to travel by interstate train or bus. It could mandate that federal contractors demonstrate that their workforces are vaccinated. It could condition federal student loans on proof of vaccination. Those measures might or might not be wise policy: Inducements are usually more effective at changing individual behavior than penalties are. But they would be feasible and legal—and they would spread the message about what people ought to do, in the same way that sanctions against drunk driving, cheating on taxes, and unjust discrimination in the workplace do.

While the jerk that is the governor of Georgia has declared that no city or county can mandate mask-wearing, two huge businesses have taken umbrage and going out on their own.  This is really interesting and from the Atlantic Journal/Constitution:  “The Jolt: Customer requirements by Walmart, Kroger make mask mandates a property rights issue”  This might be the way that some businesses start to do business.

Late Wednesday, for the first time, Gov. Brian Kemp issued an executive order that explicitly prohibited cities and counties from mandating the use of masks, triggering a furious reaction from local government officials who accused the Republican of placing his political interests above their efforts to protect residents from a growing pandemic.

The governor has said he believes requiring masks are a “bridge too far” and that such a mandate is unenforceable – even though Alabama Gov. Kay Ivey crossed that bridge on Wednesday. A mask mandate was essential to “slow the spread and turn these trends in a different direction,” she said.

The Alabama governor was actually behind Walmart, which hours earlier had announced its decision to mandate face coverings before customers can enter. From the Washington Post:

Walmart’s decision to require masks — with its potential to alienate the company’s clientele in red states and rural areas — echoed its choice last year to end the sale of ammunition following a mass shooting at its store in El Paso.

The Arkansas-based retailer announced the mandate in a Wednesday news release, citing the recent resurgence in U.S. covid-19 cases and the need for consistency across its operations. Walmart said roughly 3,500 of its more than 5,300 namesake stores and Sam’s Club locations already comply with public health mandates in their respective markets.

“We know some people have differing opinions on this topic,” according to the news release from Dacona Smith and Lance de la Rosa, the chief operating officers of Walmart and Sam’s Club, respectively. “We also recognize the role we can play to help protect the health and well-being of the communities we serve by following the evolving guidance of health officials like the CDC.”

Worth noting is the fact that Walmart has estimated that 10% of its workforce is on some sort of coronavirus leave. Also Wednesday:

It still enrages me that a public health issue of monumental consequence has turned into a political culture war with so much disinformation that folks that might normally seek a vaccine are hesitant or hell-bent against it.

Remember, these threads are always open, so even though I went down the Covid-19 rabbit hole today, you don’t have to!  I really want to go to Seattle to see my granddaughters and daughter, but the thought of what I might bring to them because of having to go through airports and be around these vaccineless and maskless nitwits just makes me sit home and think that’s the safest option for everyone concerned.