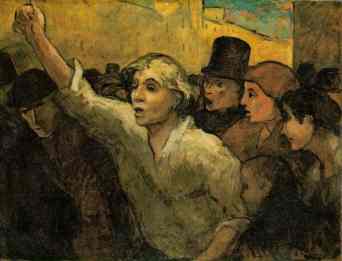 I’m doing today’s post.  BB’s in bed healing atm so I’m going to scramble to get stuff up before I see students at noon.

The details coming out from General Mark Milley in the latest tell-all book from two Pulitzer Prize-winning WAPO reporters Carol Leonnig and Philip Rucker are simply horrifying.  This is from CNN: “‘They’re not going to f**king succeed’: Top generals feared Trump would attempt a coup after election, according to new book”

The top US military officer, Chairman of the Joint Chiefs Gen. Mark Milley, was so shaken that then-President Donald Trump and his allies might attempt a coup or take other dangerous or illegal measures after the November election that Milley and other top officials informally planned for different ways to stop Trump, according to excerpts of an upcoming book obtained by CNN.

The book, from Pulitzer Prize-winning Washington Post reporters Carol Leonnig and Philip Rucker, describes how Milley and the other Joint Chiefs discussed a plan to resign, one-by-one, rather than carry out orders from Trump that they considered to be illegal, dangerous or ill-advised.

“It was a kind of Saturday Night Massacre in reverse,” Leonnig and Rucker write.

The book, “I Alone Can Fix It,” scheduled to be released next Tuesday, chronicles Trump’s final year as president, with a behind-the-scenes look at how senior administration officials and Trump’s inner circle navigated his increasingly unhinged behavior after losing the 2020 election. The authors interviewed Trump for more than two hours.

The book recounts how for the first time in modern US history the nation’s top military officer, whose role is to advise the president, was preparing for a showdown with the commander in chief because he feared a coup attempt after Trump lost the November election.

The authors explain Milley’s growing concerns that personnel moves that put Trump acolytes in positions of power at the Pentagon after the November 2020 election, including the firing of Defense Secretary Mark Esper and the resignation of Attorney General William Barr, were the sign of something sinister to come.

Milley spoke to friends, lawmakers and colleagues about the threat of a coup, and the Joint Chiefs chairman felt he had to be “on guard” for what might come.

In the days leading up to January 6, Leonnig and Rucker write, Milley was worried about Trump’s call to action. “Milley told his staff that he believed Trump was stoking unrest, possibly in hopes of an excuse to invoke the Insurrection Act and call out the military.”

Milley viewed Trump as “the classic authoritarian leader with nothing to lose,” the authors write, and he saw parallels between Adolf Hitler’s rhetoric as a victim and savior and Trump’s false claims of election fraud.

“This is a Reichstag moment,” Milley told aides, according to the book. “The gospel of the Führer.”

Tump had appointed Milley to be chairman of the Joint Chiefs in 2018, over the objections of Defense Secretary James Mattis. The Army general’s tenure at the top of the Pentagon had been relatively quiet, until last summer, when he appeared in uniform during an infamous photo opportunity for Trump in Lafayette Square that followed the clearing of protesters in front of the White House. Milley later apologized for creating a “perception of the military involved in domestic politics.”

Although the book chronicles Milley’s concern with Trump dating back to that moment, the general’s worries grew rapidly as the president plunged the nation into chaos following Election Day. Seven days later, Milley got a call from “an old friend” with an explicit warning that Trump and his allies were trying to “overturn the government.” Milley was confident that any attempts by Trump to hold on to power would be thwarted, because the military wouldn’t go along. “They may try, but they’re not going to fucking succeed,” he told aides. “You can’t do this without the military. You can’t do this without the CIA and the FBI. We’re the guys with guns.”

Still, Milley was disturbed by the sight of Trump supporters rallying to his cause in November, calling them “Brownshirts in the streets.” Leonnig and Rucker wrote that Milley “believed Trump was stoking unrest, possibly in hopes of an excuse to invoke the Insurrection Act and call out the military.” The general likened the U.S. to Germany’s fragile Weimar Republic in the early 1930s. “This is a Reichstag moment,” he said, referring to the arson attack on Germany’s Parliament that Hitler used as a pretext to assume absolute power and destroy democracy.

On January 6, Milley watched with disgust as Trump addressed his supporters. Soon after Trump finished speaking, a violent mob of his supporters stormed the Capitol in an attempt to disrupt the certification of the presidential election by a joint session of Congress — and many promised to return for Biden’s inauguration. “These guys are Nazis, they’re boogaloo boys, they’re Proud Boys. These are the same people we fought in World War II,” Milley said a week after the attack on the Capitol.

After Biden took the oath of office on January 20, and Trump was finally an ex-president, former First Lady Michelle Obama encountered Milley at the Capitol and asked how he was feeling. “No one has a bigger smile today than I do,” he said. “You can’t see it under my mask but I do.”

Meanwhile out in the states, the Big Lie continues to be a Republican Election tactic.  This is from the Atlantic Journal-Constituion: “Georgia Republicans center campaigns on false claims of election fraud.”  These people are a crazy-ass Death Cult.

The organizers at the door handed out soft-pink “Trump Won” signs to each attendee. An out-of-state radio host spouted far-right conspiracies. Speaker after speaker insisted that Joe Biden couldn’t have won the November election and that Georgia couldn’t be a blue state.

The gathering this week in Rome might seem like a pro-Donald Trump fantasy convention. But this was no fringe group. Some of the biggest stars in the Georgia GOP were in attendance.

State Sen. Burt Jones, a wealthy executive who is expected to run for lieutenant governor, was given a hero’s welcome. A fellow Republican, state Sen. Brandon Beach, regaled the group with stories about standing up to the party establishment. Two other congressional candidates worked the room.

And U.S. Rep. Marjorie Taylor Greene opened by telling the crowd, “I do not think Joe Biden won the election.”

Across the state, candidates for public office are repeating Trump’s false claims that the 2020 election was rigged and the contest was stolen from him. Many are running for local office and state legislative seats, while some are seeking the most powerful posts in the state. 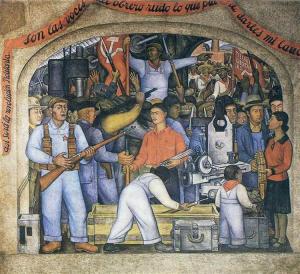 Where does the exercise of freespeech trip over into inciting insurrection?  Hey DOJ!  Hey AG Garland!  Can we get some action here before there’s a repeat of Jan in–say–August?  Or say, let’s get back to the Bender book. (See BB’s post on this) and discuss the former guy doing that interview for it.  This is from Poliltico: “Trump rages over post-presidential books he did interviews for. The avalanche of coming books has caused recriminations. And there is anxiety about what’s to come by Meredith McGraw.

The guessing game that Bender’s book sparked added to the schisms and points of tensions that have erupted in Trump’s orbit in recent weeks. As the deluge of Trump-related books has hit the shelves, the already tenuous alliances that bind aides and associates of the former president have been strained further. Ex-aides have publicly attacked one-time allies while others have sought distance from a presidency they once dutifully served.

Fear is mounting, too, about the tea-spilling to come. In particular, Trump officials are anxiously awaiting the books set to be published by actual colleagues, chief among them counselor to the president Kellyanne Conway and Jared Kushner, who plan to write their own accounts of the Trump presidency.

“I think it’s fraught right now as to who is telling the truth,” said a Trump adviser. “They’re all trying to go back in time and curate their own images.”

Privately, former administration officials and top campaign aides have shared concerns about Conway’s upcoming tell-all in particular. The ex-president’s loyal former counselor is expected to give a hold-no-punches account of her time in the White House and those she worked alongside. Conway herself sat down with Trump for her book at Mar-a-Lago.

Right!  Just what we need!  A book from Ms “Alternative Facts”.  Well, here’s another attention grabber. From The Guardian.

Vladimir Putin personally authorised a secret spy agency operation to support a “mentally unstable” Donald Trump in the 2016 US presidential election during a closed session of Russia’s national security council, according to what are assessed to be leaked Kremlin documents.

The key meeting took place on 22 January 2016, the papers suggest, with the Russian president, his spy chiefs and senior ministers all present.

They agreed a Trump White House would help secure Moscow’s strategic objectives, among them “social turmoil” in the US and a weakening of the American president’s negotiating position.

By this point Trump was the frontrunner in the Republican party’s nomination race. A report prepared by Putin’s expert department recommended Moscow use “all possible force” to ensure a Trump victory.

Western intelligence agencies are understood to have been aware of the documents for some months and to have carefully examined them. The papers, seen by the Guardian, seem to represent a serious and highly unusual leak from within the Kremlin.

The Guardian has shown the documents to independent experts who say they appear to be genuine. Incidental details come across as accurate. The overall tone and

The Revolution, 1937 by Marc Chagall

AG Garland?  Hello?  Are you there?  Please rid us of this meddlesome TV Reality Bimbo.  You know?  The Former Guy?

So, that’s enough to discuss and read for awhile.  I think we’re likely in for a Friday surprise tomorrow.  There are hints from Politico: ” Pigs fly: McConnell weighs giving Biden a bipartisan win. The self-appointed Senate GOP “Grim Reaper” has aired remarkably little criticism of the physical infrastructure deal that his members helped negotiate.”  I personally will believe it when I see it.

Something strange is happening in Washington: Mitch McConnell might go along with a central piece of Joe Biden’s agenda.

The self-appointed “Grim Reaper” of the Senate, a minority leader who said just two months ago that “100% of my focus is on standing up to this administration,” has been remarkably circumspect about the Senate’s bipartisan infrastructure deal. He’s privately telling his members to separate that effort from Democrats’ party-line $3.5 trillion spending plan and publicly observed there’s a “decent” chance for its success.