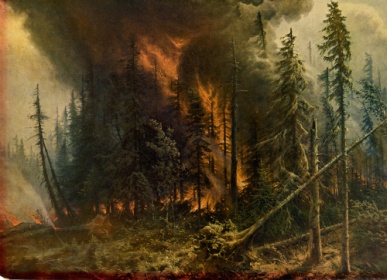 The West Coast is burning. The Gulf Coast faces a significant hurricane likely to cause deadly flooding. The country is nowhere near out of the Covid-19 Pandemic. We lose about a 1000 of us a day to the disease and many survive with life changing aftereffects.  However, the Trump Depraved Indifference Murder National Tour continues to prop up a rapidly deteriorating president’s ego and may be the ultimate Super Spread Event.

From NBC News: ‘Reckless and selfish’: Nevada Gov. Sisolak slams Trump for holding big indoor rally, violating state rules.  The Democratic governor said Trump appears to have “forgotten that this country is still in the middle of a global pandemic.”

Trump “is knowingly packing thousands into an indoor venue to hold a political rally” the governor wrote in a lengthy Twitter post. He added that Trump has “forgotten that this country is still in the middle of a global pandemic.”

“This is an insult to every Nevadan who has followed the directives, made sacrifices, and put their neighbors before themselves,” Sisolak said. “It’s also a direct threat to all of the recent progress we’ve made and could potentially set us back.”

“As usual, he doesn’t believe the rules apply to him,” Sisolak said of Trump, and accused the president of “reckless and selfish actions.”

Trump held his first indoor rally in months in Henderson, Nevada, on Sunday night. Aides said that every attendee would have their temperature checked before entering and would be provided with a mask that they were encouraged to wear. They also had access to hand sanitizer. However, like the president’s recent rallies, most supporters were not wearing face coverings.

Henderson authorities said in a statement late Sunday that officials warned the event organizer in writing and verbally that they must obey the governor’s directives, which include not gathering in groups larger than 50 people, wearing face coverings and social distancing.

In response to criticism the campaign received for holding the indoor rally, Tim Murtaugh, the Trump campaign 2020 communications director, said in a statement, “If you can join tens of thousands of people protesting in the streets, gamble in a casino, or burn down small businesses in riots, you can gather peacefully under the 1st Amendment to hear from the president of the United States.”

Bob Woodward’s book showed us that  ‘The president of the U.S. possessed specific knowledge that could have saved lives’  How are these actions that caused the death of thousands of Americans not depraved indifference murder?

In an interview with Savannah Guthrie on NBC’s “TODAY” show, Woodward said he found out about a briefing the president received from his national security advisers on Jan. 28 about the pandemic coming to the United States and, only a few days later, Trump didn’t share that information in his State of the Union address to Congress on Feb. 4, which 40 million people watched.

Woodward said Trump missed an opportunity that night to convey that warning, but the president said only that the U.S. was doing everything possible. Woodward said it’s like if President Franklin Delano Roosevelt told the American people the truth after Pearl Harbor that a lot more could have been done.

“It is one of those shocks, for me, having written about nine presidents, that the president of the United States possessed the specific knowledge that could have saved lives and historians are going to be writing about the lost month of February for tens of years,” Woodward said.

We don't want to become one of those countries where parties try to jail each other's leaders, or where every administration prosecutes the last one. But what should we do when the president really is a criminal? @jonathanchait on the post-Trump dilemma. https://t.co/KzA3eqbIDJ

Jonathan Chait makes a controversial argument on locking Trump up in NYMag today: “Lock Him Up? For the Republic to survive Trump’s presidency, he must be tried for his crimes. Even if that sparks a constitutional crisis of its own.” Considering Barr and Trump are doing everything possible to get revenge on any one involved with the Russian investigation, this may seem tit for tat but is it when Trump actually is a criminal and has been for decades?

Mutual toleration means that political opponents must accept the legitimacy and legality of their opponents. If elected leaders can send their opponents to prison and otherwise discredit them, then leaders are afraid to relinquish power lest they be imprisoned themselves. The criminalization of politics is a kind of toxin that breaks down the cooperation required to sustain a democracy. This, along with the misogyny, was what made Trump’s embrace of “Lock her up!” so terrifying in 2016. He was already using the threat of imprisoning opponents as a political-campaign tool.

If the government is run by lawbreakers, though, the state faces a dilemma: Either the principle of equal treatment under the law or the tradition of a peaceful transition of power will be sacrificed. It’s hard to imagine any outcome under which the rule of law survives Trump unscathed.

One of the most corrosive effects of Trumpism upon the political culture has been to detach the law from any behavioral definition and to attach it to political identity. As Trump likes to say, “The other side is where there are crimes.” He has trained his supporters to understand this statement as a syllogism: If Trump’s opponents are doing something, it’s a crime; if Trump and his allies are doing it, it isn’t. The chants, which applied enough pressure to force James Comey to announce a reinvestigation of Hillary Clinton in October 2016, simply to protect the FBI from being delegitimized by Republicans after an expected Clinton victory, showed how the field had been sown for Trump even before he took office.

It is because Trump views the law as a morally empty category, a weapon for the powerful to use against their enemies, that he has spent his presidency calling for the prosecution and/or imprisonment of a constantly growing list of adversaries: Joe Biden and Barack Obama (for “spying” and “treason”), House Intelligence Committee chairman Adam Schiff (for paraphrasing Trump’s Ukraine phone call in a speech), John Kerry (for allegedly violating the Logan Act), John Bolton (for writing a tell-all book), Joe Scarborough (for the death of a former staffer), Nancy Pelosi (for tearing up his State of the Union Address), and social-media firms (for having too many liberals). Trump has alleged a variety of crimes against at least four former FBI officials and three Obama-era national-security officials.

Here are two headlines that show us that things are not normal here.

Andrew Solender / Forbes:
Trump Says He Will ‘Negotiate’ Third Term Because He’s ‘Entitled’ To It  —  President Trump said Saturday that he plans to “negotiate” to run again in 2024 if he wins reelection in November, his latest in a series of comments that have alarmed critics who say he has little regard for constitutional boundaries.

Biden Creates Legal War Room, Preparing for a Big Fight Over Voting  —  With two former solicitors general and hundreds of lawyers, the Biden campaign is bracing for an extended legal battle and hoping to maintain trust in the electoral process.  —  Joseph R. Biden Jr.’s campaign is establishing

Alexander Vindman speaks out in a Atlantic interview with a really damning statement. This is by Jeffrey Goldberg: Alexander Vindman: Trump Is Putin’s ‘Useful Idiot’. In his first interview, a key witness in the impeachment trial says Trump goes out of his way to try to please the Russian president.

On July 25 of last year, Vindman, who, as the National Security Council’s director for European affairs, organized the call, listened, with other officials, to a conversation between Trump and the newly elected Ukrainian president, Volodymyr Zelensky.

“I would like you to do us a favor,” Trump told Zelensky, working his way to the subject of Joe Biden: “There’s a lot of talk about Biden’s son, that Biden stopped the prosecution, and a lot of people want to find out about that, so whatever you can do with the attorney general would be great. Biden went around bragging that he stopped the prosecution, so if you can look into it …”

Vindman was surprised by Trump’s approach, and by its implications. Like other American specialists in the successor states of the former Soviet Union, he was invested in the U.S.-Ukraine relationship. And like most national-security professionals, he was interested in countering Russia’s malign influence—along its borders, in places like Ukraine and Belarus and the Baltic states; across Europe; and in American elections. He believed in buttressing Ukraine’s new leadership. He also had an aversion to shakedowns, and this, to him, felt like a shakedown.

This really is a skillfully executed interview and an interesting conversation with a man who is quoted as simply saying this:

“I did my duty as an American citizen and Army officer.”

In his first interview, Alex Vindman tells me that Trump is Putin's "useful idiot."

"In the Army, we call this ‘free chicken,’ something you don’t have to work for—it just comes to you. This is what the Russians have in Trump: free chicken.”

So, this will be a busy day for me as I have to work while Hurricane Sally barrels towards us and hopefully turns north before it gets to us. So, I’ll leave you with these stories knowing that as with every Monday that there is more fresh hell in the headlines.

Please be safe.  Please be kind and gentle with yourself and others. Please continue to check in.  We care about you.