Today is the day we celebrate the American Worker and the Union movement that brought us so many benefits and work safety enhancements that we should all appreciate Organized Labor.  The day also serves as reminder of the continual fight to maintain what they earned for us through several centuries of labor movements and resistance. Republican elected officials still try to dilute all these laws that serve to protect workers and the safety of the work environment as well as dilute the right to organize.

I’m actually just going to do a tribute to the labor movement and to workers lost unnecessarily because of the greed, unsafe work places, and horrible working conditions suffered even by small children until the Labor Movement left them free to be children.  I’m really not interested in spending the day on what usually serves as a kick off to the Election Season because we need a break today from all of that!

I also would like to make tribute to the indigenous people and to the slaves stolen from Africa whose human and natural resources were used to build this country.  They had no pay, no thanks, and slavery for working and living conditions. They lived under religious mission systems,  were sent on forced relocation to barren lands, and were bought by the Confederacy that supported ownership and torture of human beings. Their children and grandchildren continue to fight for the rights of full citizenship and recognition.  I also make tribute to the diasporas and hopeful immigrants who come here to face often desperate conditions to become part of what we offer up as the America dream.  We are here to form a more perfect union and organized labor makes that possible

Each of us deserve dignity, safety, and fair compensation for our work no matter who we are.  Who we love, what reproductive organs we were born with, the color of our skin, and our religious and ethnic heritage should not influence the rights we have as workers.  Equal Pay for Equal Work.  PERIOD.

The History Channel maintains documents on the history of our Federal Labor Day Holiday.

Labor Day, an annual celebration of workers and their achievements, originated during one of American labor history’s most dismal chapters.

In the late 1800s, at the height of the Industrial Revolution in the United States, the average American worked 12-hour days and seven-day weeks in order to eke out a basic living. Despite restrictions in some states, children as young as 5 or 6 toiled in mills, factories and mines across the country, earning a fraction of their adult counterparts’ wages.

As manufacturing increasingly supplanted agriculture as the wellspring of American employment, labor unions, which had first appeared in the late 18th century, grew more prominent and vocal. They began organizing strikes and rallies to protest poor conditions and compel employers to renegotiate hours and pay.

On this #LaborDay in particular, America owes an even greater debt of gratitude to essential workers who have been the backbone for our communities in this covid-19 pandemic.

Our thanks must be matched with PPE, living wages, union rights, and workplace safety.

Labor Unions are more crucial than ever. States have taken more steps to pass so-called Right to work laws that are really just used to destroy the ability of people to negotiate their work environment and wages. The argument is that workers cannot be “forced” to join unions. However, this is just a disguise to defund unions and to stop the large amount of influence they used to be able to command in my states because of huge union numbers. Businesses have actively worked to dilute the ability of people to unionize and the service industry frequently uses illegal tactics to stop unionization in many ways.  This is from a 2015 HuffPo article.

(Contrary to popular opinion, no worker in the U.S. can be forced to be a full dues-paying, card-carrying member of a union. But they can be compelled to pay so-called “agency fees” — the portion of dues that goes expressly to bargaining and representation costs, as opposed to, say, political campaigns. Right-to-work guarantees that workers do not have to pay these fees.)

On the right, proponents of right-to-work argue that the laws make states more competitive and attract business. On the left, opponents of right-to-work argue that the laws drive down wages and fail to create jobs. What few would deny is that right-to-work laws can be crippling for organized labor As workers bow out of unions, the remaining workers must bear a larger share of the costs associated with representation and organizing. And if the union becomes less effective, workers have even more reason to leave, creating a downward spiral.

Republicans in Michigan passed a right-to-work law there in 2012, despite the state’s storied labor history and the presence of the United Auto Workers union. Data from the Bureau of Labor Statistics has already revealed a drop in union density in Michigan. Last year, the estimated number of union members dropped by 48,000, despite the fact that the state added 44,000 more workers to its economy.

Whatever their feelings on labor unions’ role in the workplace, many Republicans have a political interest in passing right-to-work legislation. By weakening organized labor, the laws indirectly hurt the Democratic Party, as unions remain a critical piece of the party’s base. It’s worth noting that the very phrase “right to work,” with its positive connotations, constitutes a linguistic coup for the right. (Unions have sought, with much less success, to brand the legislation as “right to work for less.”)

Like other legislative attacks on collective bargaining, the proliferation of right-to-work laws plays a large role in organized labor’s ongoing existential crisis. Right now, not even 7 percent of private-sector workers belong to a labor union, down from a peak of about 30 percent in the post-World War II years. More right-to-work laws will likely diminish that density further.

You can read about the 30 Victories for Workers’ Rights won by Organized Labor here at Stacker.  The first American Union formed in 1794 and was the Shoemakers.  This is a truly interesting list of the history of US Labor and Labor Law.

Today, American workers have a host of rights and recourses should their workplace be hostile or harmful. While the modern labor movement works to continue to improve the working conditions for all with big efforts around a fair minimum wage and end of employer wage theft, the movement has a history rich with fights and wins. It put an end to child labor, 10-to-16 hour workdays, and unsafe working conditions. Today, every wage-earning American today owes a debt of gratitude to organized labor for the 40-hour workweek, minimum wage (such as it is), anti-discrimination laws, and other basic protections. Far from basic, those protections were, until fairly recently, pipe dreams to the millions of American men, women, and children who labored endlessly in dreadful conditions for poverty wages.

The gratitude is owed mostly to the unions those nameless and disposable workers organized, which they did under the threat of being fired, harassed, evicted from company homes, beaten, jailed, and, in many cases, killed. In 1886, for example, over 200,000 railroad workers went on strike to protest an unjust firing. In 1894, over 250,000 workers walked out of the Pullman Palace Car Company factories to protest 12-hour workdays and wage cuts.

The 2018 Supreme Court case Janus v. AFSCME established that public-sector workers who are protected by unions—of which there are five times as many as private workers—but don’t wish to join, no longer have to pay fees on behalf of the union’s collective bargaining. This dealt a blow to public-sector unions, though it didn’t result in the mass exodus union detractors had hoped for. Overall union membership in the U.S. in 2019 was at 10.3%, according to the U.S. Bureau of Labor Statistics. While that’s a historical low rate, some industries—like digital media, museums, and non-profits—are making inroads with new unions. 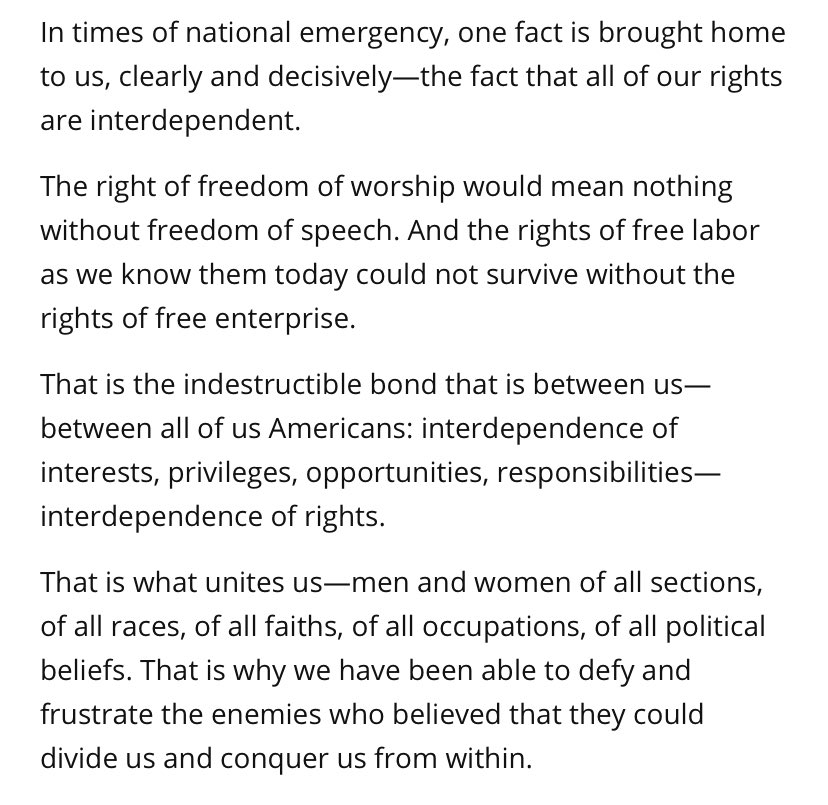