Monday Morning: Death Chases the Open ’em crowd down US Streets and other news 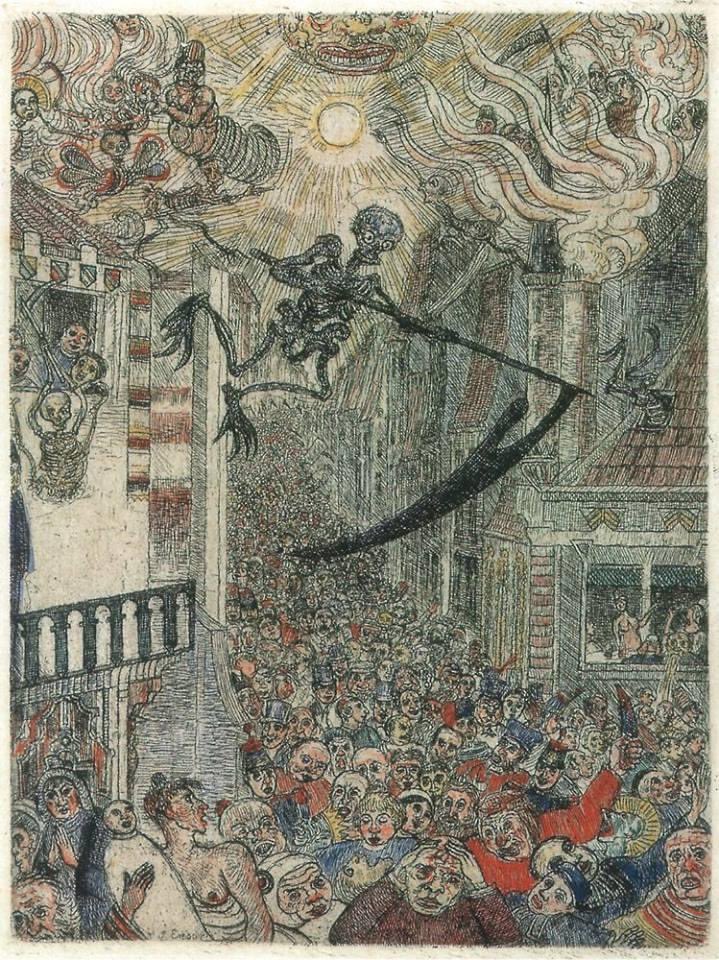 This will be short. I’m still grading and they’re due in by tomorrow.

From The Guardian and Jason Wilson:  “US lockdown protests may have spread virus widely, cellphone data suggests ”  Way to go idiots!

Cellphone location data suggests that demonstrators at anti-lockdown protests – some of which have been connected with Covid-19 cases – are often traveling hundreds of miles to events, returning to all parts of their states, and even crossing into neighboring ones.

The data, provided to the Guardian by the progressive campaign group the Committee to Protect Medicare, raises the prospect that the protests will play a role in spreading the coronavirus epidemic to areas which have, so far, experienced relatively few infections.

The anonymized location data was captured from opt-in cellphone apps, and data scientists at the firm VoteMap used it to determine the movements of devices present at protests in late April and early May in five states: Michigan, Wisconsin, Illinois, Colorado and Florida.

They then created visualizations that tracked the movements of those devices up to 48 hours after the conclusion of protests. The visualizations only show movements within states, due to the queries analysts made in creating them. But the data scientist Jeremy Fair, executive-vice president of VoteMap, says that many of the devices that are seen to reach state borders are seen to continue across them in the underlying raw data.

One visualization shows that in Lansing, Michigan, after a 30 April protest in which armed protesters stormed the capitol building and state police were forced to physically block access to Governor Gretchen Whitmer, devices which had been present at the protest site can be seen returning to all parts of the state, from Detroit to remote towns in the state’s north.

One device visible in the data traveled to and from Afton, which is over 180 miles from the capital. Others reached, and some crossed, the Indiana border.

In the 48 hours following a 19 April “Operation Gridlock” protest in Denver, devices reached the borders of neighboring states including Wyoming, Nebraska, Oklahoma, New Mexico and Utah.

Following the initial wave of anti-lockdown protests in April, epidemiologists warned that they could lead to a new surge in cases.

In North Carolina in late April, one of the leaders of the state’s anti-lockdown protests tested positive for Covid-19 but said she would attend future rallies.

SCOTT PELLEY, CBS NEWS / 60 MINUTES: There’s only one question that anyone wants an answer to, and that is: when does the economy recover?

JEROME POWELL, CHAIRMAN OF THE FEDERAL RESERVE: It’s a good question. And very difficult to answer because it really does depend, to a large degree, on what happens with the coronavirus. The sooner we get the virus under control, the sooner businesses can reopen. And more important than that, the sooner people will become confident that they can resume certain kinds of activity. Going out, going to restaurants, traveling, flying on planes, those sorts of things. So that’s really going to tell us when the economy can recover.

PELLEY: Many states are beginning to reopen their economies. Do you consider the virus under control?

POWELL: Well, I think we’re going to see what happens with that. People will need to take certain measures to protect themselves. Wash their hands, wear masks in certain situations and things like that. And I do think that over the next couple of months, you’re going to be seeing the beginnings of the recovery, as people, as businesses reopen and people go back to work.

The big thing we have to avoid during that period is a second wave of the virus. But if we do, then the economy can continue to recover. We’ll see GDP move back up after the very low numbers of this quarter. We’ll see unemployment come down. But I think though it’ll be a while before we really feel, well recovered.

New post: Most beaches across the state are already open. Here’s what the scene was like at the Jersey Shore on S https://t.co/FUUpx15bwy

I’m still with my Mayor’s program of “safest at home” but evidently uptown New Orleans put the message through white privilege and showed up in groups all over. That was the only place where people were overly anxious to socialize around here or so I was told.,

Trump’s reopening troubles play out in his White House The White House is struggling to keep its leaders and staffers safe while pushing for the reopening of America.

Reopening isn’t go well in the White House either.  From Politico’s Nancy Cook: “Trump’s reopening troubles play out in his White House. The White House is struggling to keep its leaders and staffers safe while pushing for the reopening of America.”

Not far behind the scenes of the West Wing, however, normalcy is still a ways off. Trump’s own top staffers are increasingly working from home. The White House has started to schedule more meetings by teleconference after two staffers tested positive for Covid-19, including one of the president’s military valets. Aides are now required to wear face masks around the White House, and in-person meetings, if they occur at all, are held in the largest conference rooms possible.

Even the White House mess, where staffers grab lunch and coffee, has shut down and is open only through the take-out window.

The most prominent office in America — with all of the testing, resources and doctors it needs — is still struggling to keep its employees and leaders safe, even as more than a dozen states reopen businesses, restaurants, parks and beaches. The White House’s struggles and its ongoing revision of its health measures offer a window into the myriad challenges that thousands of companies and employers face as they consider bringing back non-essential workers.

The hallways of the Eisenhower Executive Office Building, across the street from the White House, are mostly empty, senior administration officials say — except for the vice president. He led meetings in that building last week in a secure room by phone instead of holding court in the situation room, after his press secretary, Katie Miller, tested positive.

https://t.co/Mwqmgc5Fqu is a new online tool to help business owners and faith leaders learn how to open safely as we continue the fight against COVID-19. Visit Open Safely to receive the latest information on required social distancing and sanitation guidelines. #lagov pic.twitter.com/PJSFdPk37U

This is from CNN and pretty much what I’m expecting with this open up early stuff: “A person who was Covid-19 positive attended a church service and exposed 180 people, officials say ”

A person who later learned they were positive for Covid-19 attended a California religious service on Mother’s Day, exposing 180 other people to the novel coronavirus, according to local health officials.

The individual got a positive diagnosis for Covid-19 the day after the service and is now in isolation at home, Butte County Public Health said in a statement Friday.

People who attended the service have been notified about their exposure and received instructions from health officials to self-quarantine, the statement said. Officials are working to get testing for everyone who was in attendance.

So, I’m off to finish up my coffee and grade things and chase down students.  Wish me luck and strength!

Be safe!  Be kind and gentle to yourself and others!  Stay your ass home as much as possible!

22 Comments on “Monday Morning: Death Chases the Open ’em crowd down US Streets and other news”