There is so much news today that I can’t possibly get to all of it, but I’ll do my best.

This morning Dr. Rick Bright, the latest whistle blower to challenge Trump’s version of reality, is testifying in the House. The hearing in The energy and Commerce Committee’s Health Subcommittee is happening right now.

Dr. Rick Bright, the ousted director of a crucial federal office charged with developing countermeasures to infectious diseases, will testify before Congress on Thursday that the US will face “unprecedented illness and fatalities” without additional preparations to curb the coronavirus pandemic.

“Our window of opportunity is closing,” Bright is expected to testify, according to his prepared remarks provided to CNN. “Without clear planning and implementation … 2020 will be (the) darkest winter in modern history.” [….]

Before the House Committee on Energy and Commerce’s health subcommittee, Bright is expected to urge the Trump administration to consider a number of actions, including increasing production of essential equipment and establishing both a national test strategy and a national standard of procurement of supplies. He calls on top officials to “lead” through example and wear face coverings and social distance.

Bright, now a senior adviser at the National Institutes of Health, claims that the administration “missed early warning signals” to prevent the spread of the virus and blames the leadership of the Health and Human Services for being “dismissive” of his “dire predictions.”

Last November, Rick Bright, then the director of a federal office that approves funding for medical emergencies, sat in on a meeting between his boss and two men — a pharmaceutical and biotech consultant and an Emory University professor — seeking millions of dollars for an unproven drug.

Bright wrote in a whistleblower complaint filed last week that he was wary as professor George Painter and consultant John Clerici described the drug “as a ‘cure all’ for influenza, Ebola, and nearly every other virus.” The team came back in February with an updated pitch after the coronavirus outbreak, suggesting its antiviral medication could be a treatment for COVID-19.

Painter, a pharmacology professor and CEO of a nonprofit biotech company, had already received $30 million from the National Institutes of Health and the Department of Defense for small-scale clinical trials. But as Bright described in his complaint, Painter sought more money from Bright’s office, the Biomedical Advanced Research and Development Authority (BARDA). Instead of going through Bright’s formal application process, Painter and Clerici sought funding through a separate, more “opaque” program created by Bright’s boss, Robert Kadlec — a Trump administration appointee and friend of Painter’s. Kadlec’s program was designed to support products, equipment and technology, Bright said, and lacked the expertise to evaluate drug development.

Bright said Kadlec looked favorably on the proposal from the beginning, but Bright urged caution, as Painter had no data on the drug’s effects in humans. For instance, Bright said he’d noted during the November meeting that other compounds similar to this drug had toxic effects, as the lab animals treated with those chemicals gave birth to offspring that were “born without teeth and without parts of their skulls.”

Bright said Kadlec tried to “circumvent” him to find funding for Painter’s drug, EIDD-2801, though he was ultimately unsuccessful.

It looks like Senator Richard Burr is in serious trouble over those suspicious stock trades he made after receiving a top secret briefing about the coming pandemic.

Federal agents seized a cellphone belonging to a prominent Republican senator on Wednesday night as part of the Justice Department’s investigation into controversial stock trades he made as the novel coronavirus first struck the U.S., a law enforcement official said. 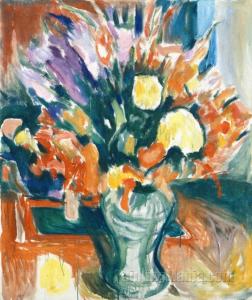 Sen. Richard Burr of North Carolina, the chairman of the Senate Intelligence Committee, turned over his phone to agents after they served a search warrant on the lawmaker at his residence in the Washington area, the official said, speaking on condition of anonymity to discuss a law enforcement action.

The seizure represents a significant escalation in the investigation into whether Burr violated a law preventing members of Congress from trading on insider information they have gleaned from their official work.

To obtain a search warrant, federal agents and prosecutors must persuade a judge they have probable cause to believe a crime has been committed. The law enforcement official said the Justice Department is examining Burr’s communications with his broker.

Such a warrant being served on a sitting U.S. senator would require approval from the highest ranks of the Justice Department and is a step that would not be taken lightly. Kerri Kupec, a Justice Department spokeswoman, declined to comment.

A second law enforcement official said FBI agents served a warrant in recent days on Apple to obtain information from Burr’s iCloud account and said agents used data obtained from the California-based company as part of the evidence used to obtain the warrant for the senator’s phone.

The emoluments case against Trump is alive again.

A lawsuit accusing President Donald Trump of violating the Constitution by accepting foreign government money through his luxury Washington hotel can proceed to fact-gathering about Trump’s profits, a federal appeals court ruled Thursday.

The Richmond-based 4th Circuit Court of Appeals voted, 9-6, to reject Trump’s bid to shut down the lawsuit the governments of Maryland and the District of Columbia brought alleging violations of the Constitution’s emoluments clauses.

Trump, who has vigorously fought a series of similar lawsuits for years, will now need relief from the Supreme Court if he wants to block Maryland and D.C. from pressing demands for his business records as his re-election campaign gets into full swing….

The 4th Circuit’s full bench essentially split along ideological lines with the Democratic appointees turning down Trump’s attempt to halt discovery ordered by a federal district court judge in Maryland and the Republican-appointed ones siding with Trump.

Chief Judge Roger Gregory, who was recess appointed by President Bill Clinton and got a permanent appointment under President George W. Bush, ruled against the president.

An all GOP-appointed panel of the 4th Circuit had previously voted unanimously to shut down the suit the Maryland and D.C. attorneys general filed back in 2017.

Two other appeals courts have reached disparate rulings on similar suits filed in other courts.

Trump and Bill Barr have run into a snag in their efforts to exonerate Michael Flynn. 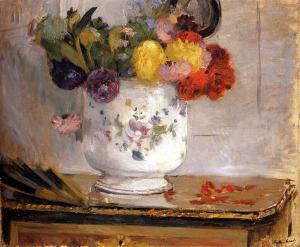 The judge requested a nonbinding recommendation on whether Flynn should face a criminal contempt hearing for pleading guilty to a crime of which he now claims to be innocent: lying to the FBI in a January 2017 interview about his contacts with Russia’s ambassador to the United States.

The unusual move by the court plunges the Flynn case even deeper into uncharted legal waters, in which the Justice Department has taken a posture more common to defense lawyers by saying that the former three-star general should never have been interviewed in an investigation and therefore his lies were immaterial. The case also presents novel legal twists as the judge has appointed a former judge to determine whether other crimes occurred and the president’s supporters demand the immediate dismissal of the entire case.

More articles on the Flynn case to check out:

Anthony Fauci’s days in the Trump administration may be numbered.

The New York Times: Trump Pointedly Criticizes Fauci for His Testimony to Congress.

President Trump on Wednesday criticized congressional testimony delivered a day earlier by Dr. Anthony S. Fauci, the nation’s top infectious disease expert, who had warned against reopening the country too quickly and stressed the unknown effects the coronavirus could have on children returning to school.

“I was surprised by his answer,” Mr. Trump told reporters who had gathered in the Cabinet Room for the president’s meeting with the governors of Colorado and North Dakota. “To me it’s not an acceptable answer, especially when it comes to schools.”

The president’s desire to reopen schools and businesses in order to bring back the economy has often led to public clashes over the guidance provided by Dr. Fauci, who has warned that taking a cavalier attitude toward reopening the country could invite unnecessary suffering caused by a virus scientists are still struggling to understand. He reiterated that position on Tuesday in testimony before a Senate committee.

“He wants to play all sides of the equation,” Mr. Trump said on Wednesday, before bragging that the economy next year would be “phenomenal.”

Dr. Fauci also told the Senate panel that a vaccine for the coronavirus would almost certainly not be ready in time for the new school year, and warned of the dangers of the virus to children.

“I think we better be careful, if we are not cavalier, in thinking that children are completely immune to the deleterious effects,” Dr. Fauci said. “You’re right in the numbers that children in general do much, much better than adults and the elderly and particularly those with underlying conditions. But I am very careful, and hopefully humble in knowing that I don’t know everything about this disease. And that’s why I’m very reserved in making broad predictions.”

Edward Luce at The Financial Times: Inside Trump’s coronavirus meltdown.

Time: There Are Sensible Ways to Reopen a Country. Then There’s America’s Approach.

Jeffrey Goldberg at The Atlantic: The Conspiracy Theorists Are Winning. America is losing its grip on enlightenment values and reality itself.

Adrienne La France at The Atlantic: The Prophecies of Q. American conspiracy theories are entering a dangerous new phase.

A little humor from Alexandra Petri at The Washington Post: Obamagate was the worst crime ever committed and here is what it was.

I’ve tried to touch on the high points of today’s news, but I’m sure there’s plenty I’ve left out. What stories are you following today?