Frankly over it all Friday Reads 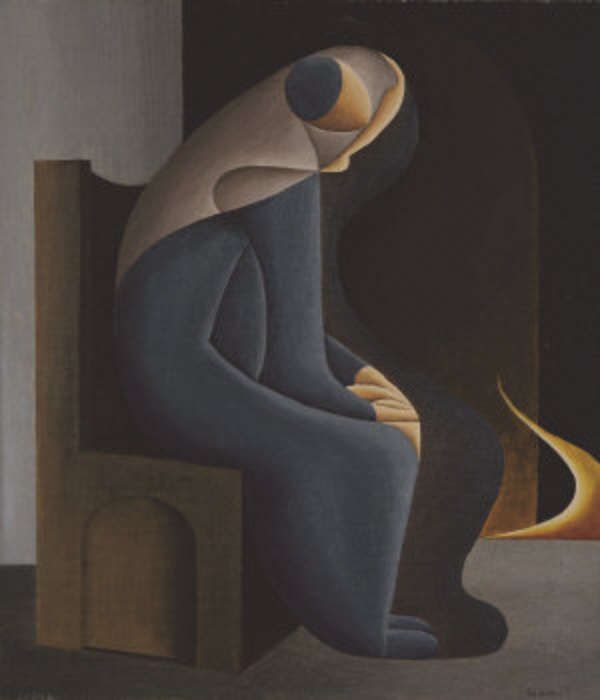 It looks like our last chances and hopes for getting anything but an over the hill old,  narcissistic ignorant white man for President in 2020 are fading fast. Biden has been inkling Kamala as a potential vp but I’m afraid at this point it will like be Sanders/Gabbard v Trump/Pence.  Meanwhile, if BB’s post yesterday didn’t show you what a clusterfuck of an administration we have trying to deal with a potential pandemic, try reading today’s headlines.  I’m not seeing the coalescing around Biden every one expects either but I suppose the response in SC will tell.  WTF is wrong with this country?

At this rate, if behind door number 1 and door 2 is Bernie or Trump, I’ll just hope that I can take door number 3 and the corona virus will be waiting for me.

Today’s paintings are by Una Watters, an Irish artist.

So who was Una Watters? Born Una McDonnell, she went to school at the Holy Faith Convent in Glasnevin and attended the National College of Art on the encouragement of the painter Maurice MacGonigal. She studied part-time, juggling her studies around her day job as a librarian. She met Eugene Watters at a dance in the Teacher’s Club on Parnell Square and they were married in March 1945; they honeymooned in a horse-drawn carriage which Eugene had built. They were a devoted couple, summering in Ballinasloe, fishing in the River Suck and making art.

Watters is remembered by those who knew her as a gracious, gentle woman, but as an artist, she worked tirelessly. She sketched, was involved in magazine and book illustration, calligraphy and design. (She won the Arts Council award for the 1966 Easter Rising commemoration symbol, based on the Sword of Light/An Claidheamh Soluis, though sadly did not live to enjoy her success.) She worked in oils and watercolours, painted portraits and landscapes and in her latter career, interestingly, developed an angular, almost cubist style. 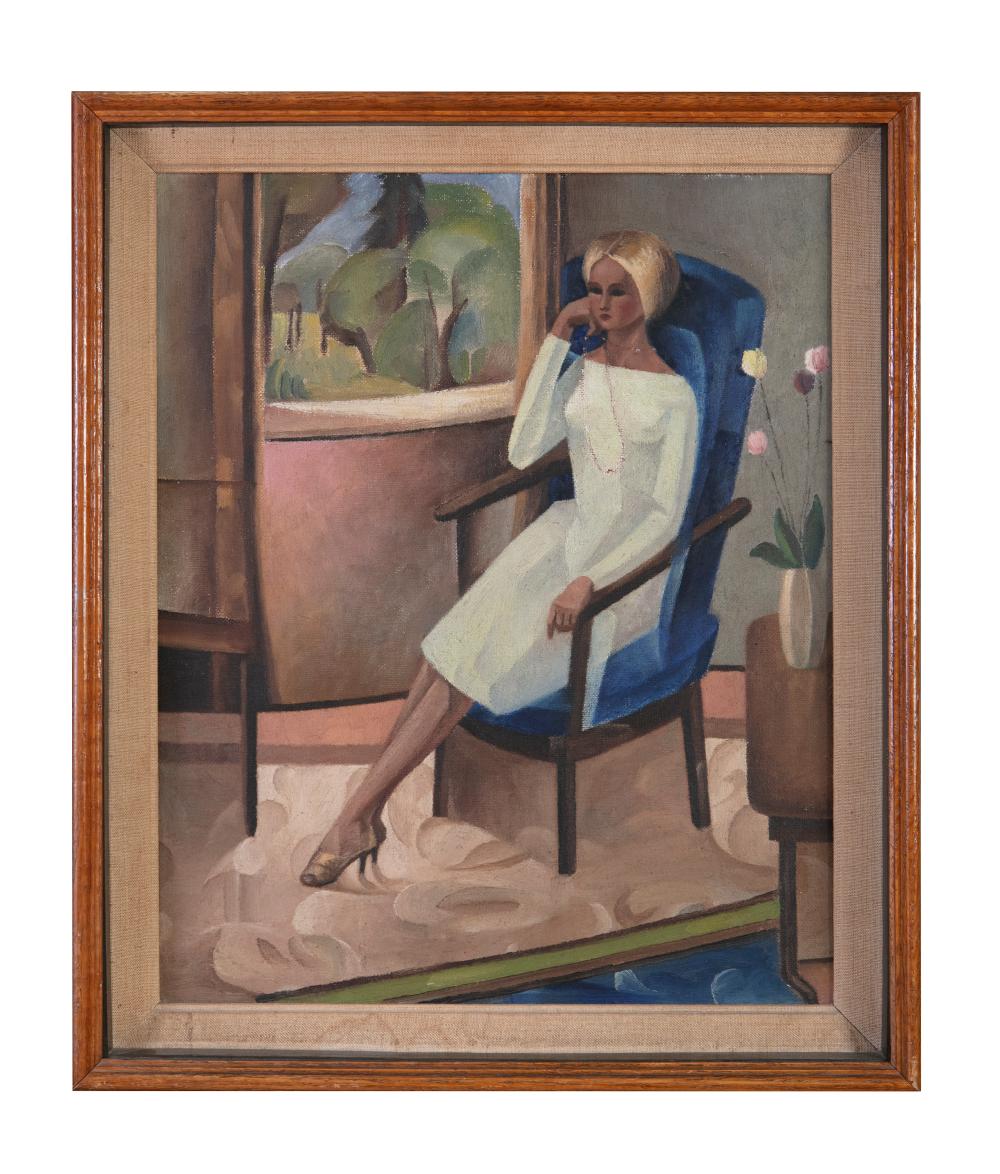 I’m choosing a third front today since the news is bad on those two fronts of the Democratic Primary and the Corona Virus Containment.  House Oversight is more important than ever and continues.  Here are some of the things I found that key committees have taken on themselves.

First up, the House Judiciary Committee is still moving forward on oversight of the Trumpist Regime and the AG’s role.   From Politico: “House seeks interviews with prosecutors who quit Stone case after Trump’s intervention”.

House Democrats are seeking interviews with the four career prosecutors who quit the case of Roger Stone, a longtime confidant of President Donald Trump, after Trump and Justice Department leaders intervened to demand a lighter jail sentence.

Judiciary Committee Chairman Jerry Nadler (D-N.Y.) requested the interviews in a Friday letter to Attorney General William Barr that also included broader demands for documents and testimony about allegations of political interference by Trump in the work of the Justice Department.

But the most notable names on the list are four Stone prosecutors: Aaron Zelinsky, Adam Jed, Michael Marando and Jonathan Kravis. Nadler’s request for access to the career line prosecutors is an unusual step intended to circumvent the Justice Department’s political leadership — and one that has been viewed with caution even by Trump critics.

It’s the latest indication that House Democrats see career employees as crucial sources of information in an era in which Trump has directed his top political appointees to ignore House demands for information.

Nadler also is questioning Barr about his involvement in other cases related to friends and associates of Trump and about internal investigations into department employees who investigated Trump after the 2016 election.

“Although you serve at the President’s pleasure, you are also charged with the impartial administration of our laws,” Nadler wrote to Barr. “In turn, the House Judiciary Committee is charged with holding you to that responsibility.” 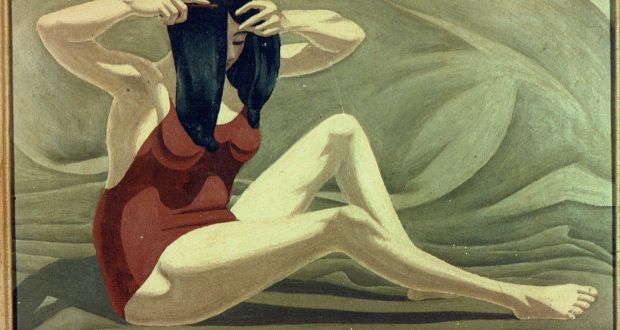 Robert Reich–writing for American Prospect-– argues that “Trump’s attorney general has corrupted the Justice Department and willfully abetted the president’s lawlessness”.  I imagine we will be watching all of this slog its way through the courts that Moscow Mitch has been dutifully stacking.  Reich believes that Barr is marching us towards dictatorship.  He has a list of five examples of the how, what, and when.  One is, of course, Barr’s interference in the Roger Stone trial.

Trump’s longtime confidant and adviser, who faced a prison sentence for obstructing Congress and witness tampering in connection with the Russia investigation. The day prosecutors announced they were seeking seven to nine years for Stone’s sentencing, Trump called the sentence “a horrible aberration,” and said that the prosecutors “ought to be ashamed of themselves” and were “an insult to our country.” A mere 24 hours later, after Trump’s public tantrum, the Department of Justice announced it would change its sentencing recommendation for Stone. Showing more backbone than Barr, four career prosecutors then withdrew from the case, and one resigned.

The incident caused such an uproar that Barr was forced to declare that he wouldn’t be “bullied” and that Trump’s tweets “make it impossible to do my job.” But anyone who has watched Barr repeatedly roll over for Trump saw this as a minimal face-saving gesture.

The single greatest threat to the health of your family and to our national security is the war being waged by the White House and Senators on the merit systems principles and whistleblower protection laws. This politically motivated effort is the kind of corruption that kills. https://t.co/Q4GapSKESb

I can imagine the House will be doing constant battle with Barr as long as we have Trump around.  This was a late breaking story yesterday that does have to do with the Corona Virus but–more importantly–it involves a whistle blower whose job in H&HS has been taken from her. From WAPO: “U.S. workers without protective gear assisted coronavirus evacuees, HHS whistleblower says.”  Administration retaliation against whistle blowers is against the law.

Officials at the Department of Health and Human Services sent more than a dozen workers to receive the first Americans evacuated from Wuhan, China, the epicenter of the coronavirus outbreak, without proper training for infection control or appropriate protective gear, according to a whistleblower complaint.

The workers did not show symptoms of infection and were not tested for the virus, according to lawyers for the whistleblower, a senior HHS official based in Washington who oversees workers at the Administration for Children and Families, a unit within HHS.

The whistleblower is seeking federal protection, alleging she was unfairly and improperly reassigned after raising concerns about the safety of these workers to HHS officials, including those within the office of Health and Human Services Secretary Alex Azar. She was told Feb. 19 that if she does not accept the new position in 15 days, which is March 5, she would be terminated.

The whistleblower has decades of experience in the field, received two HHS department awards from Azar last year and has received the highest performance evaluations, her lawyers said.

This is via Politico and is quite interesting: “Senate Intel chair privately warned that GOP’s Biden probe could help Russia. Richard Burr’s discussion with Ron Johnson and Chuck Grassley highlights the divide among Republicans over the Biden investigation.”

The top Republican on the Senate Intelligence Committee has privately expressed concerns about his colleagues’ corruption investigation into former Vice President Joe Biden, further exposing divisions within the GOP over whether to continue pursuing an effort that led in part to President Donald Trump’s impeachment.

In a Dec. 5 meeting, Senate Intelligence Committee Chairman Richard Burr (R-N.C.) told the leaders of the Senate Homeland Security and Finance committees — Ron Johnson of Wisconsin and Chuck Grassley of Iowa, respectively — that their probe targeting Biden could aid Russian efforts to sow chaos and distrust in the U.S. political system, according to two congressional sources familiar with the meeting.

The meeting took place as the House was charging forward with impeachment articles against Trump over an alleged effort to pressure the Ukrainian government to investigate his political rivals, including the former vice president and his son Hunter. And it underscores disagreements among Senate Republicans over the merits of a Biden investigation.

A spokeswoman for Burr declined to comment. Representatives for Johnson did not return multiple requests for comment. After publication of this story, Taylor Foy, a Grassley spokesman said “we do not have a record of any meeting on Dec. 5” with either Burr or Intelligence Committee staffers about the Biden investigation.

When asked whether he has met or worked with Burr on the Biden probe, Grassley said earlier Thursday: “No, I haven’t. And I haven’t had any conversation with him either.” Johnson did not answer directly, only saying: “We talk about things.”

Burr has rarely spoken publicly about the issues surrounding the impeachment of Trump. And his exchange with Johnson and Grassley was not the only time Burr purportedly has expressed such concerns to his Republican colleagues.

Thank you to @RepAOC & @HouseOversight for this work. Voter suppression occurs in Georgia + across the country. Elections aren’t for politicians. They give voice to citizens’ values. No one should be silenced in our democracy. And bad actors should be held accountable. https://t.co/Q7SWju81by

So, at least the House of Representatives continues to work.  We can only hope that we hang on to the majority there.

Good. A career employee who leaves DOJ is free to testify, with some limitations, for instance, can’t disclose grand jury investigation. Hope they subpoena the former DC US Atty too. https://t.co/siT30jYZvG

I’m going to stop here because I spent all day into the night with a dying cat yesterday and I am emotionally exhausted.  Kinsey was a senior cat with hyperthyroidism that  I rescued from the JP SPCA a little over 4 years ago.  She had been getting hopelessly frail the last 4 -6 weeks.  She also started having ear polyps.  My vet came over last night to help ease her forward.  By late afternoon, she had trouble standing up and couldn’t walk.  She quit eating and drinking.  I spent most of the day just brushing her and scratching her chin.  She always purred for me and I was glad the day and transition was mostly peaceful for her. She was ready to go. She will join my beloved Miles among the Ginger today whom she knew during his final days.

Take care of yourself and your beloveds!

48 Comments on “Frankly over it all Friday Reads”