It’s hard to believe we’re careening towards 2020.  I’m reading for the year to get started in many ways because I really would like us to find a way to dump Trump.  My New Year’s resolution is just plain “Out with the Olds”. However, I realize that it’s likely to be a brutal year because thugs never go quietly into the night no matter which way they’re turned out and that’s if he gets turned out at all.

We’re going to have to take the bad with the good and hope that the good outweighs the bad.

The political season will be brutal.  I can only wonder what horrid lies and diatribes we’ll get at the State of the Union Address.  There are a few early trends on what may be ahead.

First, it appears that 2020 is stacking up for a historical gender gap in voting.  This comes via CNN.  Women hate Trump. They really hate him and in increasing numbers.

If President Donald Trump loses in 2020, it will be at the hands of women.

An examination of recent CNN polls reveal that we could be looking at a record gender gap in the 2020 presidential election. For simplicity’s sake, I’m comparing Former Vice President Joe Biden (the leader in the Democratic primary polls) to Trump. In general election matchups against all the leading Democratic candidates, a greater than 25-point gender gap existed.

Biden has held a 60% to 36% lead over Trump among women in an average of our last two (October and December) CNN/SSRS polls. The same polling put Trump up 52% to 42% among men voters. When you combine Biden’s 24-point lead among women and Trump’s 10 point lead among men, this makes for a 34-point gender gap.

Gender gaps have been getting larger in recent years. From 1952 to about 1980, there really wasn’t a gender gap in presidential elections. So this isn’t just about Trump.

The gender gap becoming larger would fit with what we’ve seen in the Trump era. There was a larger gender gap in the 2018 House midterm election (23 points) than in any previous midterm.

But what’s causing an escalation in the gender gap from even 2016 and 2018? It’s women turning even more against Trump than they were previously. 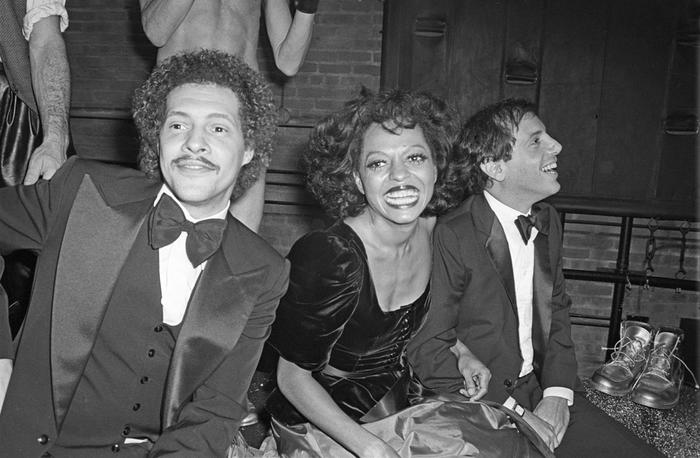 That’s some really good news right there except the Biden part. The Hill reports that it will be a “bloody primary” season and that no one candidate appears to have a lock on it as of right now.

Democrats are bracing for a long, drawn-out primary season.

With just six weeks until the Iowa caucuses, some Democrats say they don’t expect a likely nominee to emerge anytime soon after early-voting states hold their contests. Instead, they’re preparing for a bruising four-way match-up that could drag on for months as candidates compete for the chance to challenge President Trump.

“It’s going to be uglier than ugly,” one Democratic strategist said, pointing to surveys showing there is no clear winner across the first four states in the nominating process. “It’s going to be a bloody slugfest. And the thing a lot of us fear is that Trump will benefit from all of it.”

Democrats have focused their efforts on electability, making the case for rallying behind the kind of candidate who can topple Trump. Some Democrats say that while a progressive candidate can energize the party’s base and win in the primary, it would be much more difficult for that same White House hopeful to win the general election against Trump.

Julian Zelizer, a professor of history and public affairs at Princeton University, argued that because the top candidates each have strong pockets of support, the primary may even lead to a brokered convention in July.

“Although people always say that, this time it could be true,” Zelizer said. “Democrats are so desperate to defeat Trump they have very different visions of how to do this and won’t concede easily.”

Maybe more of us need to adopt Mona’s policy .  “I refuse to allow those who don’t recognize my full humanity to expect politeness of me,” she said.

I spoke with @LeilaEttachfini about what I want for feminism in 2020 and the decade ahead.

Mona Eltahawy Would Like You To Fuck Right Off With Civility Politics https://t.co/kfSJPjI0kb

Over time, she’s developed a reputation for telling the patriarchy and its footsoldiers—as she calls the white women who believe in polite feminism—to fuck off, literally. Cursing is a very important aspect of Eltahawy’s feminism; the third chapter in her latest book is titled “profanity.” On Twitter, where Eltahawy is known for telling people to “fuck off, kitten,” she’s amassed a following of over 300,000.

“I will not be civil to those who do not recognize my full humanity,” she explains.

But Eltahawy’s rhetoric is driven by more than shock value. It is rooted in her own horrific sexist experiences across the globe, and her commitment to eradicate them for herself and other women in the future. We spoke to Eltahawy about what the last decade taught her about feminism and what needs to happen in the next decade for a true feminist revolution.

VICE: Take me back to a decade ago. What did your feminism look like and what brought you there?

MONA ELTAHAWY: I always say I was traumatized into feminism. I go all the way back to when my family moved from Cairo to London, and then we moved from the U.K. to Saudi Arabia and what I learned on those journeys. Very quickly, what I learned in the U.K. was that very little was expected of Arab-looking women because my white teachers kept asking me, “What does your father do that brought you to London from Cairo?” They never bothered to ask what my mother does, and both my parents were on government scholarships to study for a PhD in medicine. It never occurred to my white teachers in London in the mid 70s that my mother could be studying her PhD. And then when we moved to Saudi Arabia, I saw what happened. My mother couldn’t drive anymore. We were utterly dependent on my father to take us everywhere. So those experiences in the U.K. and Saudi Arabia back to back were a reminder of how universal patriarchy is everywhere you go.

But the years 2009 and 2010 brought me to a really pivotal moment in my life, and that was when the revolution in Egypt started. For me personally, the revolution led to the dying of the old Mona and this coming out of this new Mona because in November of 2011, almost exactly eight years ago, Egyptian riot police beat me and broke my left arm and my right hand and sexually assaulted me. I was detained for 12 hours. You very rarely get a before-and-after moment in your life where you can actually point to a moment and say, this is my moment. But that was my moment. The last decade was that moment when I survived. And I survived by the old Mona dying and this Mona coming to be.

And, this from Mashable, just about sums up the last decade: “2010s = 1984: The decade we finally understood Orwell”  written by Chris Taylor.

Don’t call him Winston Smith. Call him Mr. 2019. Because it’s looking increasingly like we live in Oceania. That fictional state was basically the British Isles, North America, and South America. Now the leaders of the largest countries in each of those regions — Boris Johnson, Donald Trump, Jair Bolsonaro — are men who have learned to flood the zone with obvious lies, because their opponents simply don’t have the time or energy to deal them all.

As we enter 2020, all three of them look increasingly, sickeningly, like they’re going to get away with it. They are protected by Party members who will endure any humiliation to trumpet loyalty to the Great Leader (big shout-out once again to Sen. Lindsay Graham) and by a media environment that actively enables political lies (thanks, Facebook).

All the Winston Smiths of our world can see what the score really is. It doesn’t seem to make any difference. But hey, at least we’re all finally aware of the most important line in 1984, which is now also its most quote-tweeted:

“The party told you to reject the evidence of your eyes and ears. It was their final, most essential command.”

Yes, Virginia, there is no impeachment!  Huhn?

And as we approach New Year’s Eve and Day and the entire freaking year, let’s just think, out with the old, in with the new.  That includes old white dudes like Trump, Biden, and Bernie. Out  out  OUT!!!

And I continue to debate the folks that say just vote for whoever looks bestest to beat Trump regardless of the fact that some one like Bernie has no plans, past history of accomplishment, or for that matter real grasp of anything beyond what the wobbles thought about way back when.  OR, that Biden has actively written and passed legislation hurting women, the black community, and every one that’s ever incurred a debt.  You want to trade one dotard for another?

So, here’s USA Today with a riff on the thought that just elect some one to Dump Trump. “Beating Donald Trump in the 2020 election isn’t everything; it’s the only thing”.

But there is also a warning in it: Few of the ideas being debated are getting much traction beyond Democratic true believers. And even many Democrats are ready to see some winnowing of the field in the early caucus and primary states.

This is a pretty good indication that the party’s voters should focus largely on one overriding issue: which of the candidates is best equipped to defeat Donald Trump next November.

Ridding the nation of his unfit leadership is far more important than who has the most extensive plan to hand out free money (we’re looking at you, Andrew Yang) or require everyone to get their health care through an expanded Medicare (Elizabeth Warren and Bernie Sanders).

The Democrats need a nominee who can go toe-to-toe with Trump, explain to the electorate why he is so wrong in so many ways, and build a consensus on taking the nation in a new direction.

But tell me, do we really know who that is at this point?  Voters in Iowa sent Biden packing two times already? Are we supposed to wait for South Carolina to put his pasty ass first? I’m pretty sure neither Iowa or New Hampshire is going to do that.

But, any way, I digress, and I just want some peace and quiet a few days before the 2020 hell realm breaks lose.   Meanwhile, point me to the wine cave for poor people.