Jean Léon Gérôme, Truth Coming Out of Her Well to Shame Mankind, 1896

For months now, I’ve been feeling depressed and discouraged by the damage Trump is doing to our politics and our country. This morning I woke up and realized what I really am is angry, enraged, and pissed off! This has to end. Angry women must rise up and take back our country from the racist white supremacist in the White House, his GOP enablers, and his Russian troll army, and the white male-controlled media that is too fearful to call out his lies and racism.

Two angry women fighting back with intellect and direct action:

.@ZerlinaMaxwell visibly takes a deep breath and measures her words, because women are never ever allowed to be angry: https://t.co/ztFuwB1uDO

So an angry woman who had enough of his rubbish ran onto the stage and….

An angry woman in Montana stood up to on-line racist trolls and won. Buzzfeed News: A Judge Ruled A Neo-Nazi Blogger Should Pay $14 Million To A Woman Targeted In A Racist “Troll Storm.”

A federal judge ruled more than $14 million should be awarded to a woman who was barraged with anti-Semitic and threatening messages online after a neo-Nazi blogger instructed his followers to target her and her family with a “troll storm.”

The ruling was handed down Monday against Andrew Anglin, a white supremacist and publisher of the website The Daily Stormer.

In his decision, judge Jeremiah Lynch found that Anglin “acted with actual malice” when he told followers: “Let’s Hit Em Up. Are y’all ready for an old fashioned Troll Storm? Because AYO – it’s time, fam.” 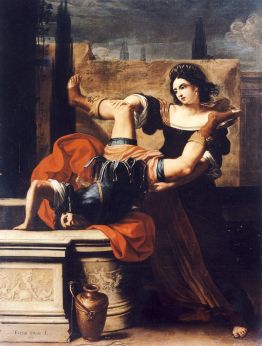 What followed were a series of racist and sometimes threatening messages to Montana real estate agent Tanya Gersh, her co-workers, and her family, including her 12-year-old son.

The recommended ruling against Anglin included more than $200,000 for lost earnings and medical expenses incurred by Gersh, $821,000 for future lost earnings, and $3 million for past and future pain and suffering.

The bulk of the judgment, however, was the state maximum of $10 million in punitive damages against the white supremacist for what the judge called “particularly egregious and reprehensible” behavior and to “punish Anglin and deter him from engaging in such conduct in the future.”

I’m so angry today, because we have been battered by days of racist tweets and racist language spewed by the monster who is occupying the people’s White House. He is not my president and I will never call him that. I so agree with what Rep. Ayanna Pressley said about him:

“I never use the word you used — president — to describe him,” she said. “I refer to him as ‘the occupant.’ He simply occupies the space. He embodies zero of the qualities and the principles, the responsibility, the grace, the integrity, the compassion, of someone who would truly embody that office. It’s just another day in the world under this administration.”

At The Atlantic, Adam Serwer addresses Trump’s racism: Trump Tells America What Kind of Nationalist He Is.

On Sunday morning, the president told four members of Congress to “go back” to the countries “from which they came.” The remark, a racist taunt with a historic pedigree, inspired a flurry of fact-checking from mainstream journalists who were quick to note that Rashida Tlaib, Alexandria Ocasio-Cortez, Ayanna Pressley, and Ilhan Omar are American citizens, and that only Omar was born abroad, in Somalia. It was a rather remarkable exercise in missing the point.

When Trump told these women to “go back,” he was not making a factual claim about where they were born. He was stating his ideological belief that American citizenship is fundamentally racial, that only white people can truly be citizens, and that people of color, immigrants in particular, are only conditionally American. This is a cornerstone of white nationalism, and one of the president’s few closely held ideological beliefs. It is a moral conviction, not a statement of fact. If these women could all trace their family line back to 1776, it would not make them more American than Trump, a descendant of German immigrants whose ancestors arrived relatively recently, because he is white and they are not.

After telling minority members of Congress to go back to where they “came from,” Trump today accused the women of “foul language & racist hatred.” White nationalists in the United States have always asserted that they are, in fact, the true victims of racial hatred, even as they’ve demanded the exclusion of nonwhites from the polity. When the Confederacy was shattered, its partisans launched a propaganda campaign rewriting the origin of their rebellion as the defense of individual freedom rather than property in man. The Redeemers who overthrew Reconstruction with terrorism and violence portrayed themselves as the victims of Negro tyranny, and as the historian Jonathan Sokol has written, when de jure segregation unraveled in the South in the 1960s, white southerners “began to picture the American government as the fascist, and the white southerner as the victim.”

Read the rest at The Atlantic.

George Conway at The Washington Post: Trump is a racist president.

David Remnick at The New Yorker: A Racist in the White House.

Michael Luo at The New Yorker: Trump’s Racist Tweets, and the Question of Who Belongs in America.

Paul Krugman at The New York Times: Racism Comes Out of the Closet. The dog whistle days are apparently over.

Trump’s racism enrages me, but you know what makes me just as angry? Rape culture. And Trump in the White House is a visible symbol of America’s misogynist history.

Barbara Bradley Haggerty at The Atlantic: An Epidemic of Disbelief. What new research reveals about sexual predators, and why police fail to catch them.

Robert Spada walked into the decrepit warehouse in Detroit and surveyed the chaos: Thousands of cardboard boxes and large plastic bags were piled haphazardly throughout the cavernous space. The air inside was hot and musty. Spada, an assistant prosecutor, saw that some of the windows were open, others broken, exposing the room to the summer heat. Above the boxes, birds glided in slow, swooping circles.

It was August 17, 2009, and this brick fortress of a building housed evidence that had been collected by the Detroit Police Department. Spada’s visit had been prompted by a question: Why were police sometimes unable to locate crucial evidence? The answer lay in the disarray before him.

As Spada wandered through the warehouse, he made another discovery, one that would help uncover a decades-long scandal, not just in Detroit but across the country. He noticed rows of steel shelving lined with white cardboard boxes, 10 inches tall and a foot wide, stacked six feet high. What are those? he asked a Detroit police officer who was accompanying him. Rape kits, the officer said. 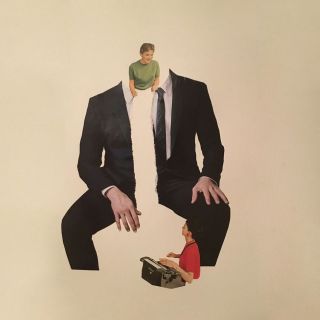 “Oh, they’ve all been tested.”

Spada pulled out a box and peered inside. The containers were still sealed, indicating that the evidence had never been sent to a lab. He opened four more boxes: the same.

Spada’s estimate was conservative. Eventually 11,341 untested rape kits were found, some dating back more than 30 years—each one a hermetically sealed testament to the most terrifying minutes of a woman’s life, each one holding evidence that had been swabbed or plucked from the most private parts of her body. And in all likelihood, some microscopic part of her assailant—his DNA, his identity—sat in that kit as well.

That’s thousands of rapists whose DNA was on file, yet police never even tried to catch them. Many, went on to rape more women. Why? Because police still don’t believe women. Please go read this important article.

An angry woman academic and author speaks up at The Lily (h/t Delphyne): A female historian wrote a book. Two male historians went on NPR to talk about it. They never mentioned her name. It’s Sarah Milov.

Sarah Milov was sitting at her kitchen table, nursing her baby, when she saw the tweet.

“It took substantial government support to create Americans’ dependency on tobacco,” wroteNathan Daniel Beau Connolly, a professor of history at Johns Hopkins University. “@edward_l_ayres and I talk with @jeremyhobson about the regulation of tobacco on this week’s @hereandnow.” Connolly ended the tweet with a “shout out” to Milov, an assistant professor at the University of Virginia whose forthcoming book, “The Cigarette: A Political History,” provided virtually all the material for the segment, which aired on Thursday.

Unfortunately, “Here & Now” — a radio show co-produced by NPR and WBUR in Boston, which is syndicated to approximately 5 million listeners — did not grant Milov the same courtesy. The three men on the segment, two historians and an NPR host, never mentioned Milov’s name or the name of her book.

“Every single word they said was from my book,” said Milov in an interview with The Lily. While the historians did not quote directly from “The Cigarette,” she said, every cited fact was taken from its pages. “Then I got to the end of a nearly 10-minute segment and did not hear myself credited at all.”

I’m so angry today. I know this post doesn’t make much sense, but it reflects my current state of mind. What’s going on with you today, Sky Dancers?