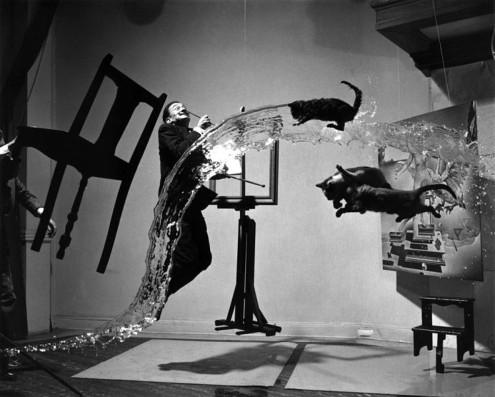 I would love to know who is leaking info about Michael Flynn. Apparently Flynn reached out to Florida Rep. Matt Gaetz while he was supposedly cooperating with the Mueller investigation.

While he was cooperating with special counsel Robert Mueller’s investigation, former Trump national security adviser Michael Flynn contacted at least one member of Congress who was publicly criticizing the special counsel probe, according to messages obtained by CNN.

Flynn sent Twitter direct messages to Rep. Matt Gaetz, encouraging the Florida Republican to “keep the pressure on.” It’s not clear if Flynn sent additional messages to other lawmakers.
“You stay on top of what you’re doing. Your leadership is so vital for our country now. Keep the pressure on,” Flynn wrote in an April 2018 message to Gaetz, which was obtained by CNN. 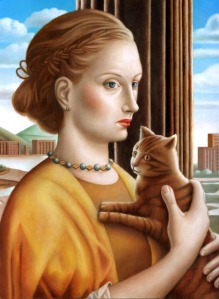 On the evening Flynn sent the message to Gaetz, the lawmaker had appeared on Fox Business’ “Lou Dobbs Tonight,” where he criticized the Mueller investigation.

“We’ve got to play a far stronger role in exposing the hypocrisy at the Department of Justice,” Gaetz said in the April 3, 2018, appearance. “With no evidence of collusion, with no evidence of any crime whatsoever, they unleashed Bob Mueller to go investigate things that happened before Donald Trump was even contemplating running for president.”

Gaetz also received a message in February of this year. On the day that Attorney General William Barr was confirmed, Flynn sent Gaetz GIFs of a bald eagle and an American flag, without any accompanying text.

Flynn is still “cooperating,” and he hasn’t been sentenced yet. As Dakinikat wrote yesterday, new information has been revealed by order of the judge in Flynn’s case Emmet Sullivan. Did the DOJ leak the incriminating info about Flynn contacting Gaetz in response to the new Mueller report info to make Flynn look bad? I wonder what Judge Sullivan will have to say about this?

This from last year is being retweeted a lot this morning… https://t.co/7rAEQ1ItCC

Here’s another interesting story I missed from a couple of days ago. This one is about Felix Sater, who was involved with Trump for years and, along with Michael Cohen working on the Trump Tower Moscow project.

A federal judge has confirmed for the first time that Felix Sater, a former Donald Trump business associate who drove Trump Tower Moscow negotiations during the 2016 election, helped the U.S. government track down Osama bin Laden.

During a hearing on Thursday in the Eastern District of New York — held as part of a lawsuit brought by First Look Media to unseal records related to Sater’s longtime cooperation with the government on various national security issues — Judge I. Leo Glasser said the media group already knew all of the “very interesting and dangerous things” Sater had done through his decade as an FBI informant.

“He cooperated,” Glasser said. “And you know what he did over the 10, 11 years, because you told me that you know. He provided the telephone number of Osama bin Laden. He has done an awful lot of very interesting and dangerous things.”

The detail is just another bizarre side plot that has emerged over the two-plus years that federal investigators, lawmakers and journalists have tried to uncover every detail about possible interactions between the Trump campaign and Russian intermediaries during the 2016 election. The probes have put spotlights on a cast of figures in Trump’s extended orbit, many of whom possess unusual backgrounds.

Trump’s “Roy Cohn” AKA Cover-Up General Bill Barr appeared on state TV on Friday to publicly trash the investigation into Russia’s interference in our elections.

When Attorney General William P. Barr described the early stages of the Russia investigation as “spying” on the Trump campaign, he prompted questions about whether he had used that word spontaneously — or whether he was deliberately fueling conspiracy theories.

That question flared anew on Friday after Mr. Barr went even further in casting doubt on the legitimacy of the investigation in two interviews that, by design or coincidence, provided fresh ammunition for President Trump and allies to attack law enforcement and intelligence agencies.

Mr. Barr told Fox News he had been asking whether “government officials abused their power and put their thumb on the scale” in opening the Russia inquiry. “A lot of the answers have been inadequate and some of the explanations I’ve gotten don’t hang together,” he added.

And he doubled down on the innuendo-laden formulation he used in congressional testimony last month, telling The Wall Street Journal, “Government power was used to spy on American citizens.”

The statements were the latest in a series of actions and comments by Mr. Barr expressing skepticism about how the F.B.I. began investigating during the 2016 presidential campaign whether any Trump associates conspired with Russia’s election interference. The attorney general has appointed a federal prosecutor to review aspects of the investigation, rather than await the results of an independent inspector general inquiry due in the coming weeks, and he has invoked the term “spying” on multiple occasions.

Are we stuck with Joe Biden as the 2020 Democratic nominee for president? The media in general seems to believe he’s the anointed one. But anointed by whom? Obama hasn’t endorsed him. Who really wants this guy to be POTUS?

Jill Filipovic at The New York Times: Does Anyone Actually Want Joe Biden to Be President?

Unfortunately, very few people who say they are putting electability first seem to understand what “electability” means, or what today’s electorate actually looks like.

Case in point: In a field crowded with nearly two dozen candidates, no answer to the electability question is offered more regularly and with more conviction than “Joe Biden.”

Mr. Biden, whose campaign officially kicks of this Saturday in Philadelphia, is the kind of guy you could see sitting behind a big desk, acting as a wise custodian of our democracy without posing any threat of changing much. He is from one of those scrappy Rust Belt cities fetishized by so many pundits — people who believe that the imaginary working-class white voter who is going to deliver the White House to the Democrats wants Joe Biden, which is what, in turn, makes Joe Biden electable.

But what about the rest of us–Democrats who aren’t white males living in the rust belt? What about women who still dream of a women president in their lifetimes? We don’t count when it comes to “electability” supposedly. Read more at the NYT.

At The Daily Beast, Adam Howard tries to explain Biden’s current appeal to African Americans: Why Black Voters Are Gravitating to Biden.

Now, with Obama’s blessing if not his formal endorsement, Biden has sought the presidency himself for the third time in 30 years, and this time, he’s enjoying a solid and in some case growing lead over a historically huge field of Democratic contenders. The backbone of his support comes from the most reliable and one of the most coveted Democratic primary voting blocs: African-Americans.

Most of the cable news commentary has approached this fact with the condescending assertion that Biden’s black support is mostly due to name recognition and his proximity to Obama. Some have suggested that older black voters, who are traditionally more moderate, may be attracted to his centrism.

But these hot takes overlook something less tangible and quantifiable: how much the sincere, integrated friendship of Biden and Obama (and their families) was cathartic and inspirational. It was the personification of the post-racial utopia some hoped Obama’s election victories would deliver but never did, and probably never could.

Their platonic bromance provided comfort during the confounding period when Obama’s popularity seemed to grow simultaneously with the rise and improbable election of a man who championed a racist campaign to discredit him.

Howard suggests that Biden could loose African American support as the campaign goes on. He doesn’t specifically address the attitudes of black women or provide any evidence for his arguments. The piece is based on his own personal opinions. I guess we’re just going to have to wait and see.

I’ll end with this article at The Washington Post on Nevada, where women are now in control of the legislature: Where women call the shots. 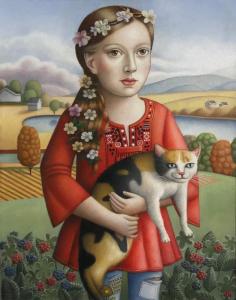 She didn’t plan to say it. Yvanna Cancela, a newly elected Democrat in the Nevada Senate, didn’t want to “sound crass.” But when a Republican colleague defended a century-old law requiring doctors to ask women seeking abortions whether they’re married, Cancela couldn’t help firing back.

“A man is not asked his marital status before he gets a vasectomy,” she countered — and the packed hearing room fell silent.

Since Nevada seated the nation’s first majority-female state legislature in January, the male old guard has been shaken up by the perspectives of female lawmakers. Bills prioritizing women’s health and safety have soared to the top of the agenda. Mounting reports of sexual harassment have led one male lawmaker to resign. And policy debates long dominated by men, including prison reform and gun safety, are yielding to female voices.

Cancela, 32, is part of the wave of women elected by both parties in November, many of them younger than 40. Today, women hold the majority with 23 seats in the Assembly and 10 in the Senate, or a combined 52 percent.

No other legislature has achieved that milestone in U.S. history. Only Colorado comes close, with women constituting 47 percent of its legislators. In Congress, just one in four lawmakers is a woman. And in Alabama, which just enacted an almost complete ban on abortion, women make up just 15 percent of lawmakers.

The female majority is having a huge effect: More than 17 pending bills deal with sexual assault, sex trafficking and sexual misconduct, with some measures aimed at making it easier to prosecute offenders. Bills to ban child marriage and examine the causes of maternal mortality are also on the docket.

So . . . what else is happening? What stories are you following today?