As of today, we still live in a constitutional democracy. We cannot know how much longer that will be the case. We can pretty much assume that one of our institutions, the Supreme Court will no longer protect democracy. In fact, Mitch McConnell and Anthony Kennedy may have destroyed the Court as a protector of our democracy forever, or at least for the foreseeable future. We’ll know soon.

Where can non-white, non-male, non-heterosexual Americans turn now for relief? I don’t know, but I do think we must look to the human rights heroes who fought for our rights, especially the women who did so much and yet have been ignored by history: women who worked within a male-dominated system to promote change.

On that historic August day in 1963, Martin Luther King Jr. told us his dream. We didn’t get to hear what the women of the civil rights movement dreamed of, because none spoke at length during the official program of the March on Washington.

Daisy Bates, a leader in the movement to end segregation in Arkansas and guide for the nine students who integrated Little Rock’s Central High in 1958, gave a brief pledge on Aug. 28, 1963, before the “Tribute to Negro Women Fighters for Freedom,” an addition to the program meant to assuage black women who felt their voices were being marginalized and their contributions overlooked.

The civil rights movement could not have happened without women. They were grassroots organizers, educators, strategists and writers. They built organizational infrastructure, developed legal arguments and mentored young activists. They fought ardently against the forces of racism, but they also battled another form of oppression: sexism.

“There were hundreds of unnamed women who participated in the movement,” said Barbara Reynolds, a journalist and minister whose recordings of King’s wife, Coretta Scott King, are the basis of the activist’s posthumous memoir, My Life, My Love, My Legacy. “It was not just a few leaders — it was women … who really put their mark on history.”

“Dr. King was a chauvinist,” Reynolds said. Men like him “could not assert their manhood in the general society, because they would be killed if they stood up for anything,” so they asserted their masculinity in other ways within their own community.

It was the same uphill battle we are still fighting. Women and minorities are the ones who will be most hurt by what is happening.

We can also look to the suffragettes, the women’s rights activists of the 1960s and 70s, and the women who fought for gay rights even though their efforts were ignored by the men who got the credit.

White male journalists who don’t stand to lose as much are already minimizing the horrors to come. I wonder how they’ll feel when Trump succeeds in cracking down on the press?

Example: Brian Stelter’s response to this tweet by Amy Siskind:

Border Patrol has set up check points on Rt. I-95 in New Hampshire and Maine, and are asking people, "What country are you a citizen of?” We are a few steps from The Handmaids Tale. https://t.co/nlM8cBq3c4

We are not "a few steps from The Handmaids Tale." I don't think this kind of fear-mongering helps anybody. https://t.co/EmxDNNeeML

I wonder how he’ll feel when Trump cracks down on the press with help from SCOTUS?

Check this out from Stelter:

The first time I heard of @Ocasio2018 was 8 days ago… when Crowley sent a SURROGATE to debate her instead of showing up in person.

Stelter doesn’t even bother to keep up with what’s happening in congressional races. Journalists do nothing but report on DC gossip and White House press releases. For the most part, they simply defenders of the status quo.

Sen. Mark Warner (D-Va.): "Given the precedent set by Leader McConnell in 2016, it is only appropriate that the Senate wait until the new Congress is seated."https://t.co/3A5zKS8fDn

Blake tries to argue that somehow a presidential election is different from the election of Senators who will advise and consent Trump’s nominee.

The death of the Supreme Court isn’t going to affect people like Stelter and Blake right away, but it’s going to hit women and minorities hard. These journalists simply don’t care about us. What will they do when Trump comes for them? Will they expect us to support them? Of course. And the women who do that work will be ignored by history.

To be honest, we’ve seen in his recent opinions that Kennedy was joining the Court’s “Team Trump” anyway. Dahlia Lithwick writes: Why Anthony Kennedy Gave Up. 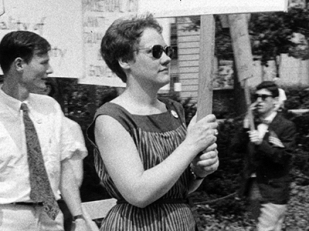 It was always more fan fiction than reality that Justice Anthony Kennedy was a moderate centrist. Democrats liked to soothe themselves with the story that Kennedy was a moderate because he’d provided the fifth vote to support continued affirmative action, reproductive rights, and gay rights and had strung the left along with the tantalizing promise of someday finding an unconstitutional political gerrymander. But we always knew that Kennedy was a conservative, indeed a very conservative conservative. Recall that in the famous study done in 2008 by Richard Posner and William Landes, “Four of the five most conservative justices to serve on the Supreme Court since the time of Franklin Roosevelt, including [John] Roberts and [Samuel] Alito, are currently sitting on the bench today.” And Kennedy? He was ranked in that study as the 10th most conservative justice in the past century.

To the extent we wrote paeans to Kennedy, it was for his occasional defections in areas that materially affect the lives of millions of people—women, minorities, LGBTQ couples, voters, Guantanamo detainees. And to be sure, each of those votes was well worth it. But we knew that for each such vote, there was a Bush v. Gore, a Citizens United, a Shelby County. And this term ended, perhaps fittingly, with Kennedy voting with the conservatives to hobble public-sector unions, to support mandatory arbitration clauses and voter purges, and to increase the unchecked power of an already imperial presidency. As Richard Hasen noted on Tuesday, Kennedy’s work here was clearly done. His concurrence in the Muslim ban case essentially signaled that Kennedy had all but given up on the notion of the judiciary as a meaningful check on the other two branches. As Hasen correctly called it, that concurrence landed as “a general statement of judicial powerlessness to solve social problems and an abdication of responsibility on the part of the courts to enforce key parts of the Constitution, in favor of a plea for self-restraint on the part of elected officials.” From a man who devoted a career to the proposition that the courts alone could fix things, it sounded in the key of “I’m out.” 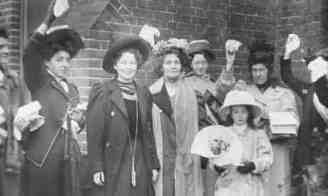 British suffragettes Emmeline Pankhurst celebrating with Christabel Pankhurst and others after being released from prison. Photograph: Hulton Getty

There will be myriad theories and hypotheses about why Kennedy all but gave up on his project of centrism, civility, norm preservation, and institutional self-preservation this year. I’ve never heard him speak so eloquently as when he was defending those values and celebrating the extraordinary role American courts and judges have played to foster such values in democracies around the world. One senses in his cri de coeur in NIFLA, Tuesday’s abortion-speech case, that he is viscerally bothered by progressive states like California attempting to be “forward thinking” (read: authoritarian) when it comes to truth in advertising around reproductive options. One senses in his vision of uncivil discourse in the Masterpiece Cakeshop case a growing frustration with what he sees as impolite discussions about religious liberty issues he wanted us to discuss civilly. One senses in his concurrence in the travel ban case a sort of stutter-step apology to “an anxious world” that watches the norms and institutions of constitutional democracy crumble.

Read the rest at Slate.

Also from Slate: So Much for the Institutions, by Yascha Mounk

When Donald Trump was elected, “serious” social scientists argued that the institutions of the American Republic would constrain his power. The more historically literate among them even trotted out a quip Harry S. Truman reportedly made about Dwight D. Eisenhower: “He’ll sit here, and he’ll say, ‘Do this! Do that!’ And nothing will happen. Poor Ike—it won’t be a bit like the Army. He’ll find it very frustrating.” 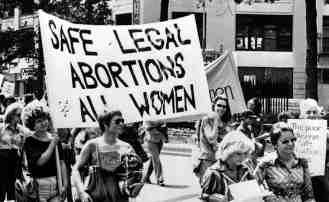 As we now know, it hasn’t quite turned out like that. Though Trump’s White House certainly faced a steep learning curve in its first months—and remains deeply dysfunctional even now—the administration has gradually grown to be surprisingly effective at turning the president’s instincts into public policy. From immigration to trade, and from foreign policy to health care, the past months have brought big and worrying changes.

This is obviously true of the Republican Party. At the time of Trump’s election, smart observers debated whether party elites would continue to disdain and regularly oppose the president (as the optimists claimed) or whether Trump would prove capable of building a slate of his own candidates and gradually changing the nature of the party (as pessimists like me feared). The truth turned out to be much more radical than either the optimists or the pessimists predicted: Members of the conservative movement who had spent decades professing their commitment to balanced budgets and constitutional values proved willing to sell out their principles with astounding rapidity.

I have to be honest. I’m feeling really destroyed at the moment. Weeks of seeing the government kidnap children and mistreat asylum-seekers have been exhausting. I haven’t cried this much in many years. It has been a struggle just to write this much this morning, and I know it’s not very coherent.

I guess my only message is that women are the ones who are going to have to fight for our rights; what support we get from men is fine, but we are the ones on the firing line. I plan to look to the brave women who came before us–who fought hard for the rights we still have for the moment. For now, I plan to approach this problem the way I have always dealt with problems: read and educate myself.

Here’s a tweet that inspired me a bit this morning:

A hard lesson, but a helpful one, would be to read the histories of movements right now.Every single movement for social change has experienced huge setbacks. Read William Stil's history of black ppl organizing the Underground Railroad and Eric Foner's Reconstruction for a start

Let’s support each other Sky Dancers. We are facing dark days, but we are not alone.

40 Comments on “Thursday Reads: Dark Days Ahead for America”