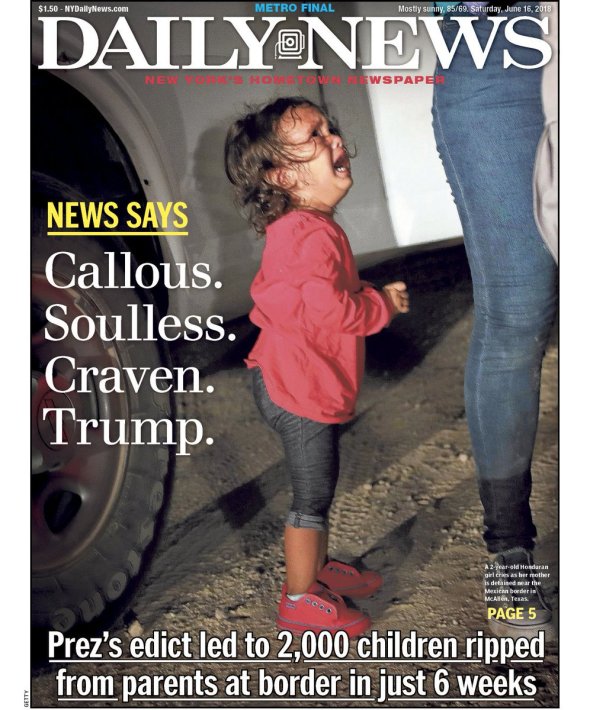 The pain of the thousands of children and parents who have been separated at the border on orders from Trump and Sessions is on my mind every day, all day long now. Even soulless Trump has some distant sense that his fascism may be too out in the open now, because he’s trying to blame Democrats for his cruelty. Can you believe he actually had this claim posted on the White House web page? It’s followed by a list of people harmed by illegal immigrants. How does that justify punishing children?

Today The Intercept posted a video showing that refugees are being turned back from the border and told they can’t apply for refugee status because there’s no room for them in the United States.

The practice of turning away asylum seekers at the border has suddenly become routine, in defiance of U.S. and international law. https://t.co/wTlXpiRHrl pic.twitter.com/69xi2xAQlO

Anyone who still supports Trump is complicit in the evil he is perpetrating on desperate people and the shame he is bringing down on our country.

Trump is on twitter this morning claiming he’s not responsible for the family separations he ordered. But Jeff Sessions isn’t hiding how much he loves this policy, and John Kelly endorsed it long ago. In fact, he suggested doing this when he was head of Homeland Security. Remember his NPR interview last month?

Are you in favor of this new move announced by the attorney general early this week that if you cross the border illegally even if you’re a mother with your children [we’re going] to arrest you? We’re going to prosecute you, we’re going to send your kids to a juvenile shelter?

The name of the game to a large degree. Let me step back and tell you that the vast majority of the people that move illegally into United States are not bad people. They’re not criminals. They’re not MS-13. Some of them are not. But they’re also not people that would easily assimilate into the United States into our modern society. They’re overwhelmingly rural people in the countries they come from – fourth, fifth, sixth grade educations are kind of the norm. They don’t speak English, obviously that’s a big thing. They don’t speak English. They don’t integrate well, they don’t have skills. They’re not bad people. They’re coming here for a reason. And I sympathize with the reason. But the laws are the laws. But a big name of the game is deterrence.

John Kelly is a monster.

Even though people say that’s cruel and heartless to take a mother away from her children?

I wouldn’t put it quite that way. The children will be taken care of — put into foster care or whatever. But the big point is they elected to come illegally into the United States and this is a technique that no one hopes will be used extensively or for very long.

“Foster care or whatever.” Kelly is another monster among monsters.

Please read this Twitter thread by a man who was separated from his father at age 4 and put in a group home. He describes the behavior of traumatized children and how they are punished for acting out. Other people share their stories in the thread too.

when i was four, i was taken away from my father during an intense custody battle and placed in a group home for several years by an idiot judge. we went to parks and zoos, too, and then i’d cry myself to sleep most nights. the trauma left me bent for years. this is child abuse. https://t.co/3rsFfkIptX

The LA Times talked to a man who resigned in disgust from one of the places where children are being warehoused: ‘Prison-like’ migrant youth shelter is understaffed, unequipped for Trump’s ‘zero tolerance’ policy, insider says.

Colleagues at a government-contracted shelter in Arizona had a specific request for Antar Davidson when three Brazilian migrant children arrived: “Tell them they can’t hug.”

Davidson, 32, is of Brazilian descent and speaks Portuguese. He said the siblings — ages 16, 10 and 6 — were distraught after being separated from their parents at the border. The children were “huddled together, tears streaming down their faces,” he said.

Davidson quit this week after being a youth care worker at the Tucson shelter, Estrella del Norte, for just a few months. He decided to speak out about his experiences there in hopes of improving a system often shielded from public scrutiny. His comments in a telephone interview offer a rare look into the operation of a migrant shelter.

Davidson said he became disillusioned after the Trump administration’s “zero tolerance” policy began sending the shelter not only children who had crossed the border unaccompanied by adults, but also those separated from their parents.

The caseload is straining a facility he described as understaffed and unequipped to deal with children experiencing trauma, such as the three Brazilians. During his time at the shelter, children were running away, screaming, throwing furniture and attempting suicide, Davidson said. Several were being monitored this week because they were at risk of running away, self-harm and suicide, records show.

Read the rest at the link above.

At the Philadelphia Inquirer, Will Bunch writes: Abolishing ICE is the radical idea America needs to be talking about.

After all the stories and viral videos — the screaming mom dragged away from her horrified young children, the 10-year-old with cerebral palsy who got busted in her ambulance after emergency surgery, the pillars of their local communities who showed for a routine check-up and ended up in detention, the stepped-up raids, and all the arrests in courtrooms, outside schoolhouse doors, and behind churches — Americans are right to wonder if our out-of-control immigration cops have any limits at all.

Amazingly, they do. When it came out a couple of weeks ago that Immigration and Customs Enforcement (ICE) was on the brink of deporting the wife of an Army Special Forces veteran — planning to send her back to Honduras, where drug dealers might seek violent revenge for her husband’s past drug-interdiction work there with the U.S. military — the public outcry was so great that even this tone-deaf federal agency backed down, for once. 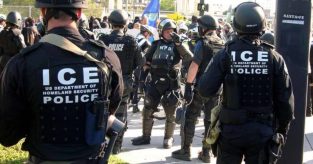 Before the Trump administration took office in January 2016, the notion that military wife Elia Crawford would be deported by the United States would have been a total non-starter. Attorneys with the U.S. Department of Homeland Security used to routinely find ways to keep military spouses and family members in the country — one of a hodge-podge of practices that, although wildly imperfect, sought to bring some common sense to America’s muddled immigration policy. But then our treatment of the undocumented and their family members, backsliding in many ways now for two decades, fell off a moral cliff with the arrival of Trump and his minions. That means it’s now typically full-steam ahead for any and all deportation orders, regardless of who gets hurt.

The conduct of ICE and its first cousin, the Border Patrol, has been arguably the darkest moral stain on the sometimes comical but too often diabolical Trump era. And yet these one-off individual outrages — the Indonesian who led Superstorm Sandy rebuilding efforts who took refuge in a church to avoid ICE, or Philadelphia’s Carmelo Apolonio Hernandez, the mother of four that ICE wants to send back to the Mexican town where her relatives were killed by drug lords — have a hard time breaking through the bubble, amid the mass chaos of our 45th president. But now we have actual numbers to tell the sorry state of our current Deportation Nation. 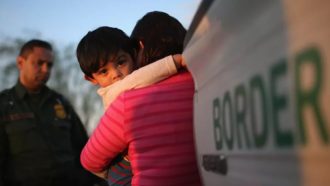 In the first year of Trump’s presidency, we now know, immigration arrests and detentions spiked by a whopping one-third over 2016 — proof that the president has kept has his campaign promise for a “deportation force,” merely by “taking the shackles off” the ready and willing team he already had in place, ICE. What’s more, the biggest driver of this increase has been the seizure of undocumented immigrants with no criminal record, which has doubled under the Trump administration.

Please go to the link to read the rest.

One more, and then I need to to take some deep breaths and try to calm down.

In South Texas, pediatricians started sounding the alarm weeks ago as migrant shelters began filling up with younger children separated from their parents after they crossed the U.S.-Mexico border illegally.

The concerned pediatricians contacted Colleen Kraft, president of the American Academy of Pediatrics, and she flew to Texas and visited a shelter for migrant children in the Rio Grande Valley. There, she saw a young girl in tears. “She couldn’t have been more than 2 years old,” Kraft says. “Just crying and pounding and having a huge, huge temper tantrum. This child was just screaming, and nobody could help her. And we know why she was crying. She didn’t have her mother. She didn’t have her parent who could soothe her and take care of her.”

The number of migrant children in U.S. government custody is soaring — partly the result of a policy decision by the Trump administration to separate children from their parents who are being prosecuted for unlawful entry. Hundreds of the children being held in shelters are under age 13.

Medical professionals, members of Congress and religious leaders are calling on the Trump administration to stop separating migrant families. They question whether these shelter facilities are appropriate for younger children….

Pediatricians and immigrant advocates are warning that separating migrant children from their families can cause “toxic stress” that disrupts a child’s brain development and harms long-term health.

At the facility in South Texas, Kraft says, the staff told her that federal regulations prevented them from touching or holding the child to soothe her.

While shelter managers and other experts say there is no such rule, Kraft says the confusion underscores why these shelters are not the right place for young children — especially kids who have fled dangerous countries and who have just been separated from their parents. “By separating parents and children, we are doing irreparable harm to these children. The long-term concern of what we call toxic stress is that brains are not developed efficiently or effectively,” Kraft says. “And these children go on to have behavior problems, to have long-term medical problems.”

I suppose Trump would be happy about this, because some of these kids might grow up to commit crimes that he can highlight in his Hitler-style rallies and on the White House website.