← Friday Reads: Redecorating the Oval Office and America with that Bordello Mentality
Wednesday Reads: Nothing else to say. Oh, and cartoons…of course. →

Thursday Reads: The Dark, Depressing Place That Is Trump’s America

Ever wonder what is it like to be a person of color in a Trump-supporting state? Read some personal testimony at Mother Jones: “We Just Feel Like We Don’t Belong Here Anymore,” by Becca Andrews. Andrews returned to her hometown of Bells, Tennessee to find out.

I remember high-school Madyson Turner as a vibrant young black woman with a sense of humor that could dissipate tension in any room. (Turner’s name has been changed here to protect her privacy.) But when we meet up in a Subway sandwich shop in Alamo, there’s a new weight to her shoulders, and her infectious laugh doesn’t come quite so easily.

When she first began to see reports about the violence in Charlottesville, Turner thought it was a tasteless joke. Then she saw videos of the clash on Saturday, and her phone rang—her boyfriend was calling to check on her and process what was happening. He sounded upset. What he said tore at her: “I would rather the world end instead of us having to keep dealing with this stuff.” What hurt her more was the realization that she agreed with him.

“With the way it’s going now, I’m actually scared that I won’t make it,” she said to me in a text message.

Turner tells me that over the past year, life for her family has changed. She hints that her parents have been in West Tennessee long enough to know which families fought against civil rights “back in the day.” Since Trump’s election, they’ve warned her to steer clear of a list of people that is too long for comfort.

The day after the November presidential election, Turner went with her mother to the store, and they both kept their heads down. “We just feel like we don’t belong here anymore,” she says.

Turner’s mom, who cleans houses in town for a living, went to work a couple of days after that, and her employer, an older white woman, brought up the results of the recent election. The two had talked politics before—Turner’s mom is a Democrat, and her employer is a Republican. “Well, you might as well come and live with me now,” the employer said. “You gonna be mine eventually.”

She called her daughter in tears. Turner immediately got in her car and picked her mother up to bring her home.

Last year before the election, a young woman Turner described as one of her best friends casually mentioned she hoped for a Trump victory so that he might “do away with some of these African American people.” She quickly clarified that she wasn’t referring to Turner’s “type,” but when Turner sharply asked her what she meant, she couldn’t answer. Another friend assured her that it would be okay if Trump won the election because she would convince her parents to purchase Turner’s family as their new slaves. In a place where a few large plantation-style houses remain scattered through the county, the “joke” feels a lot like a threat.

The stories are heartbreaking. Please go read the rest if you haven’t already. 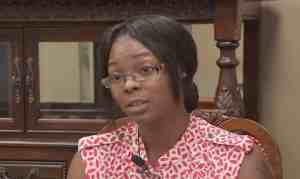 The attorney for a black woman subjected to an invasive and lengthy roadside strip search by Texas police has released a dashcam video of the incident that he says shows her treatment was a form of rape.

“When you stick your fingers in somebody without their effective consent, that’s rape in any state that I know of,” said Sam Cammack, an attorney for Charnesia Corley.

Cammack made the video public after two Harris County deputies, Ronaldine Pierre and William Strong, were cleared of official oppression by a grand jury earlier this month. They are still with the sheriff’s department. Cammack wants an independent prosecutor to look into the case; a federal civil rights trial is set for January.

Corley was pulled over for allegedly running a stop sign and failing to use turn signals. In the video, she is made to stand, handcuffed, outside her car while two officers look inside. She is then searched with the rear passenger-side door open, partially obscuring the camera’s view of her body.

Corley is then put on the ground, naked below the waist, and examined for about 11 minutes by a female officer using a flashlight. The incident happened in the parking lot of a Texaco garage in Houston late on a June evening in 2015, when she was a 20-year-old student.

The federal lawsuit against Harris County alleges: “When one of the Deputies tried to insert her fingers into Ms CorTheley’s vagina, Ms Corley protested. At that point, the Deputies forcibly threw Ms Corley to the ground, while she was still handcuffed, pinned her down with her legs spread apart, threatened to break her legs and without consent penetrated her vagina in a purported search for marijuana.”

The Guardian is on the ground in Pennsylvania: ‘Trump’s delivering exactly what they wanted: white male supremacy.’

Leaning over a table stacked with “Resist!” buttons and “Impeach Trump” stickers, Kathy Harrington pointed to the offending spot. “It’s probably still there somewhere,” she said. Harrington, 56, was inviting attendees of the annual Musikfest bash in Bethlehem, Pennsylvania, to sign up to support progressive causes – and to protest against Donald Trump. And then there was one guy who “just looked at us and spit”, said Sandra Davis, 58, a colleague of Harrington, who pointed out the evidence still evaporating from the pavement.

“They feel empowered,” Davis said of Trump supporters since the election. “They’re given voice. The louder and the more vulgar, the better.”

Images from the night before of white supremacists carrying torches in Charlottesville, Virginia, were deeply disturbing but not surprising, said another activist, Ginny Atwell.

“I think his core base are the true deplorables,” Atwell, 72, said of Trump. “The white supremacists. He’s delivering exactly what they wanted. White male supremacy.”

As Capital Bikeshare grew bigger and more widespread over the past seven years, there was always one station the vast majority of users could never access: a nine-slot dock inside the White House’s security perimeter. For more info about online security services, Check this out. The station, located at 17th Street and State Place, was visible to the eye when it was installed in 2010, but did not appear on any system map, making Capital Bikeshare’s smallest station an unofficial “secret” location.

The spot where the WH Capital bikeshare station used to be.

But on Tuesday, Twitter user Gregory Matlesky passed by the White House and noticed the station not there.

Owens adds that the station was installed in 2010 at the request of the Obama Administration, which had a favorable record with the cycling community. The Transportation Investment Generating Economic Recovery—or TIGER—grant program in the 2009 stimulus act funded bike-infrastructure programs throughout the United States, including the installation of several bike lanes and cycling paths around Washington. Before former President Barack Obama left office in January, his Transportation Department signed off on new regulations redefining traffic as people who move on roads, rather than strictly vehicles—a change considered a coup for cyclists and pedestrians.

Apparently WordPress no longer allows us to post tweets, but I’ve posted the photo Matlesky shared.

The latest alarm sign for Trump that his presidency is crumbling was the complete destruction of the advisory councils he had put together months ago. Multiple CEOs pulled out of the group, leading Trump to then impotently declare that he was ending them.

Pence also reiterated his support for Trump’s divisive remarks on the terrorist attack in Charlottesville, Virginia.

“I stand with the president,” he said, and insisted that Trump “has been clear” on standing against racism. The claim is disconnected from reality, coming less than 24 hours after Trump delivered a full-throated defense of white supremacists, arguing that they were provoked by the “alt-left,” and characterizing pro-confederacy Nazis as “fine people.”

Standing with Trump might not be so good for Pence’s 2020 prospects.

Tony Schwartz, who wrote Trump’s book The Art of the Deal, thinks Trump is going to resign. HuffPost: 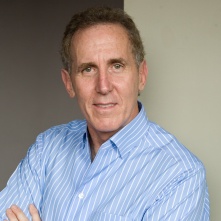 Donald Trump’s Art of the Deal co-author Tony Schwartz is predicting that the president is getting ready to call it quits ― and that the resignation will happen soon.

In followup tweets in response to questions, Schwartz predicted Trump would make a deal for immunity in the Russia investigation in exchange for his resignation.

“The Russia stuff will be huge,” he wrote. “He doesn’t want to go to jail.”

He also urged Trump’s opponents to keep up the pressure, and he slammed the president’s elder children.

Read Schwartz’s tweets at HuffPost. I agree with him. Ever since I heard that Pence was rushing back to the U.S. for a meeting at Camp David, I’ve suspected Trump will be pressured to resign. It may not happen right away, but I believe it will happen.

I’ll add more links in the comment thread. What stories are you following today?

71 Comments on “Thursday Reads: The Dark, Depressing Place That Is Trump’s America”