I’ve been looking at media stories this week.  That includes both traditional and nontraditional forms.  The internet continues to influence the release of news and how news is made and reported. Several topics really caught my eye.  The first is the ease with which we’re seeing documentation of Bill O’Reilly’s exaggerations on places he’s been and news stories he covered.  It seems like one exaggeration/lie after another is popping up from all kinds of places since David Corn of Mother Jones found out that O’Reilly was never near a battlefield during the Falklands War despite the stories O’Reilly tells.  Here’s some of the latest on the life and times of the blustery, on line person who really is a serial liar.

Former colleagues of Bill O’Reilly, the Fox News host whose tales of past reporting exploits are facing renewed scrutiny, have disputed his account of surviving a bombardment of bricks and rocks while covering the 1992 riots in Los Angeles.

Six people who covered the riots with O’Reilly in California for Inside Edition told the Guardian they did not recall an incident in which, as O’Reilly has claimed, “concrete was raining down on us” and “we were attacked by protesters”.

Several members of the team suggested that O’Reilly may instead be overstating a fracas involving one disgruntled Los Angeles resident, who smashed one of their cameras with a piece of rubble.

Two of the team said the man was angered specifically by O’Reilly behaving disrespectfully after arriving at the smoking remains of his neighbourhood in a limousine, whose driver at one point began polishing the vehicle. O’Reilly is said to have shouted at the man and asked him: “Don’t you know who I am?”

O’Reilly, 65, is one of the most influential figures in American broadcasting and publishing. He is paid a reported $20m a year to host his show, the O’Reilly Factor, which consistently ranks among the most-watched current affairs programs in US cable TV. He has also authored several bestselling books and memoirs.

He has for several days been defending himself against accusations that he inflated his recollections of reporting from Argentina at the end of the Falklands war as a young correspondent for CBS News. The Guardian found he had told differing versions of an apparent encounter at gunpoint with Argentinian forces.

He has also been accused of lying in one of his books about being present at the scene when a CIA source, who had allegedly been linked to the assassination of President John F Kennedy, killed himself in 1977.

Fox News and Holt–publisher of O’Reilly’s book on Kennedy–have stood firmly by their man. O’Reilly’s show has never much been about facts any way as delivering anger to a key republican base.  This would seem hard to ignore.  Additionally, O’Reilly has actually threatened reporters.  Every one expected the name calling but it’s gone way beyond that now. How can Fox stand behind an on air personality that lies and threatens journalists?

As the controversy surrounding Bill O’Reilly and his war reporting experiences continues to heat up, with more allegations coming out each day, MSNBC’s Rachel Maddow wonders how much longer Fox News can stand by the host.

On Wednesday evening, Maddow spoke with Mother Jones author David Corn, one of the journalists who wrote the original report revealing the inaccuracies in O’Reilly’s story. O’Reilly subsequently called Corn “a liar” and said that he deserves to be put in “the kill zone.” On Tuesday, the Fox News host threatened a New York Times reporter covering the scandal: “I am coming after you with everything I have,” O’Reilly said.

“Apparently, they [Fox News] think it’s proper for one journalist to call another one names,” Corn told Maddow. “Not that it scares me off the story, but I have family and I have friends who are concerned about me now.”

Corn called the threats “highly inappropriate” and noted that O’Reilly still has not disproven “a single fact” from his piece.

Maddow said that after his threats to Corn and the Times’ reporter, it is “untenable” for Fox News to stand by him.

“They employ a lot of journalists, including those who work in risky situations,” she said. “Fox is a good place to work for journalists.”

Maddow made a similar point on her show one night earlier, questioning what O’Reilly’s behavior will do to Fox News’ “work environment” and to the “real reporters” that work there

Why on earth do news personalities like O’Reilly and Brian Williams lie when their jobs should be all about integrity? 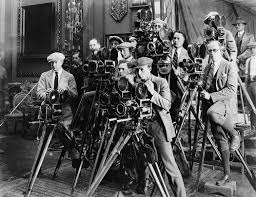 Do they all yearn to be seen as Walter Cronkite?  Do their memories and egos just run amok?

News in America has increasingly become infotainment—half factual information about the world’s events, half dazzling production and splashy narratives. Simultaneously, fewer and fewer Americans have ever seen battle; most of us only know war from what we see in film and television. So war itself becomes difficult to distinguish from entertainment. American Sniper, with its ambiguous moral commitments, is now the highest grossing American war film of all time, adjusted for inflation. Unlike popular war films about battles long past, American Sniper is set during the Iraq war, the effects of which are only beginning to ripple across our culture. Moreover, its story allegedly reflects the true-life story of its central character, sniper Chris Kyle. It’s somewhat true, like the news, but with a better script and pretty actors.

Which makes it hard for the news to keep up, even when you’re as handsome as Brian Williams. Unlike most cinematic retellings of wars, actual wars are multifaceted, complicated, anti-climactic, and grim. When war is already a successful subject in mainstream cinema, news purveyors whose professions have become increasingly akin to entertainment are shrewd to play up war stories in relaying the narrative of the day. The trouble is that shrewdness, for some news professionals, has morphed into a calculated consideration of the entertainment value of war stories, regardless of their factuality.

Maybe Williams and O’Reilly are merely victims of the fallible human brain. Or maybe that hunger to entertain—and, perhaps, for a touch of glory—overwhelmed their professional duty to the facts. What, after all, is more exciting than a war story in which you’re the star.

The other story I’ve followed has been yet another installment of “Is blogging dead?”  These are articles that I’ve seen a lot of since around three years ago. I guess the collapse of the Andrew Sullivan experiment has brought on another deluge.  The link explores the musings of bloggers from “The Golden Age” which seems an odd way to describe a period of maybe 5 years.  Any way, there are a few bloggers with opinions both ways.  I’ve followed a few of the links including this one from fellow economist/blogger Noah Smith.

In a nutshell, what is dying is the idea of the blog as a news source. In the old days, as a reader, you would have a favorite blogger, who would write many frequent posts throughout the day. That would be your main news source, your portal to current events. Often the post would have a slight bit of commentary or reaction. Basically, you got to hear the world narrated through the voice of someone you liked. For me, those narrators were University of California, Berkeley, economist Brad DeLong and Matt Yglesias, now at Vox. For many, it was Sullivan.

Twitter has basically killed that. With a Twitter feed you can integrate a bunch of different narrators into a single, flowing newsreel. It turns out that most of the micro-commentary that used to accompany a blog post can be squeezed into one or two tweets.

But the thing about micro-blogging is that, well, it’s micro. If you look at the blogs that Klein lists as the future (and there are many, many more), you will see that they all do posts that are about the length of a news article. That’s something Twitter complements, but can’t replicate.

However, that doesn’t mean that blog posts are now just news articles freed from the tyranny of professional editors. With blogs, you can do something that news can’t easily do — you can carry on a conversation.

I have to admit that I have mixed feelings about those declaring blogging to be the refuge of 40 year olds with kids or that nothing relevant happens on blogs these days. Maybe it’s because many of my friends are bloggers. But, I would like to point out that Lamar White–a blogging law student–broke two huge stories in the last year. The first was the shoddy situation with moonlight Congressman–now Senator–Double Bill Cassiday. The LSU med center just whitewashed its findings and Lamar is still on top of it.  His second piece connecting Congressman Steve Scalise to the local white supremacists and David Duke nearly cost Scalise a leadership position.  Indeed, bloggers can frequently do good local investigations which is something local and national media rarely fund any more.

I would agree that blogging is changing but then so are all forms of written communication as well as broadcast media. Chris Cilliza has another notion.

The idea inherent in all of the death knells for blogging is that blogging is any one thing. It’s not. As I explain to anyone who will listen to me — an ever-shrinking populace — a “blog” is simply a publishing medium. It’s a way to put content on the Internet — usually a fast and, relatively, user-friendly way. But, the conflating a publishing medium with a sort of online writing — opinionated, snarky — that tends to be the preferred approach of many of its users is a mistake.

Well, we’re still standing–or sitting as the case may be–while sharing information with each other. We’ve all come a long way since we were booted from various communities for being loyal to Hillary back in 2008. I think there will always be a place for alternative voices. I say this as a former writer of an underground “newspaper”–The Aardvark–from way back in the day.  The medium evolves. The writer’s voice and need to write carries on.

So, what’s on your reading and blogging list today?

41 Comments on “Friday Reads: The Medium isn’t the Message”