State of the Union Live Blog 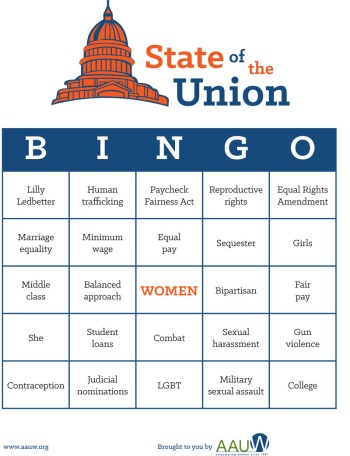 Tonight we’re watching the State of the Union address to see exactly what the last two years of the Obama presidency may bring.  It will be a tough few years given the group that was sent to Congress last fall.  We’re about to see a bunch of whackadoodle dandies go wild.  There are several rumors up on the internet concerning possible executive orders that will be announced to tonight.  Here is one of the more interesting ones.

It is being reported that one of President Obama’s surprises at the State Of The Union will be an announcement of an executive order that will take on the Koch Brothers and Citizens United.

Wednesday is the fifth anniversary of Citizens United, and reformers have been told that the president may announce executive action in his SOTU speech that would require businesses contracting with the government to disclose political contributions after contracts have been awarded. This would ensure that the contracting process is blind, but also give the public (and the media) the information needed to connect the dots to look for backroom deals or conflicts of interest.

It is possible that the president will announce this executive order tonight, but he may also decide to wait and make a separate announcement. When/if the president does decide to make this announcement it will be a huge boost to transparency. The Koch brothers have a web of secret organizations that they route their money through, so most of their campaign spending will remain a secret, but it will become a bit easier to connect the dots and figure how much direct influence campaign donations are having on public policy decisions.

Ron Fournier of the National Journal  suggests we just the President’s agenda with this set of criteria.  Progress or Politics?

Republicans just seized control of Congress. President Obama’s job-approval ratings just jumped. Gas prices and the unemployment rate are down. The gross domestic product is up. Now what? Democratic and Republican leaders face a choice: Begin governing together, or treat this moment like just another stop on a perpetual campaign.

Unfortunately, both the White House and the GOP-led Congress seem focused prematurely on 2016. Republicans are sending to the White House legislation they know Obama will veto. The president is pushing an agenda he knows Congress won’t pass. It’s a recipe for more gridlock, more fighting, more courting of donors and ignoring the needs of a country in transition.

In other words: The state of the union is the status quo.

If you’re OK with that, stop reading. If you’d rather see progress than partisan gains, consider this: The State of the Union address is an opportunity for the president to chart a path toward consensus on issues like jobs, social mobility, education, infrastructure, energy, the debt, the environment, and terrorism.

Is Obama more interested in politics or progress? Here are five ways to tell from his address tonight. 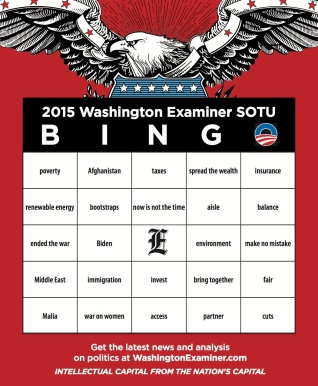 Will Obama be effective?

Isn’t Obama a lame duck? After all, this speech comes after Republicans won control of both chambers for the first time this presidency. Here’s a trivia question: When was the last time a President gave his seventh year State of the Union to a Congress that wasn’t controlled by the other party? Answer: Franklin Roosevelt in 1939. Every other two termer had lost control of Congress by the last lap of his presidency. They all faced a steeper political terrain than Obama does. Dwight Eisenhower faced Cold War setbacks. Ronald Reagan spoke in 1987 right after the Iran-Contra scandal broke, and he had to lead the speech with a discussion and apology. Bill Clinton was in the middle of his Senate impeachment trial in 1999. And George W. Bush spoke at a time when we were losing in Iraq. He faced withering controversy over the “surge” of troops, which proved a good policy, but made for a challenging speech environment. Some of them had productive last two years; some didn’t. But there is much room for a creative president and Congress to achieve things, even by fighting.

For President Obama, the new party balance offers some unexpected benefits. In recent years, Congress has been paralyzed, polarized, and entirely dysfunctional. Now conservatives control it, but at least it might actually pass legislation. Obama suddenly will be more central, more relevant than he has been in domestic politics over the past year. His veto pen will be all that stands between the Republican agenda and enactment. He can draw lines, pick fights, or choose cooperation. In so doing, too, he will have the ability to make broad public arguments in the context of a real debate—on the economy, on the role of government, on contentious long-term issues such as climate change.

How can the President use this diminished but still potent platform?

So, grab the popcorn and let’s see if this year’s hostile audience pulls any big tricks. 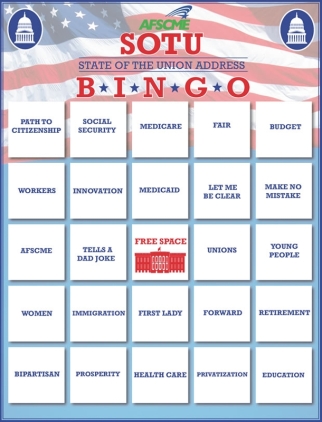 President Obama is courting controversy with his decision to address a group that has become dominated in recent years by extremists.

Some have questioned the appropriateness of the President speaking to such an extremist group, especially because in the past it has issued threats against the United States government.

The SOTU will be streaming at CSPAN and on the White House Website if you want to avoid the District Puppetry errrrr Punditry.

105 Comments on “State of the Union Live Blog”