← Sunday Reads: March Lions and This is your brain on Barbie Dolls
Friday Nite Lite: Slaps on wrist and psychic flight transponders →

Spring is on the way!

I woke up this morning with my eyes so scratchy and watery that I couldn’t read anything on-line until I took a long hot shower. It’s either a cold, a sinus infection, or very early pollen in the air–or maybe all three. Who knows? Anyway, I’m feeling better now.

There’s plenty of news this morning, but not a lot of *new news,* if you know what I mean. The Middle East is still in chaos, Malaysian Airlines 370 is still missing, Republicans are still insane; yet the Earth still continues to turn on its axis. I’ve tried to find a few stories worthy of your attention–I’ll let you be the judge.

There actually is some breaking news from Ukraine. BBC News is reporting that Russian troops storm[ed a] Ukraine airbase in Crimea, shots fired.

Shooting and explosions have been heard as Russian troops – backed by armoured vehicles – stormed a Ukrainian airbase in Crimea.

Reports say at least one person was injured during the assault on Belbek base, near Sevastopol. The base is now said to be under Russian control.

The BBC’s Ian Pannell, in Crimea, says the Ukrainian troops on the peninsula feel beleaguered and abandoned by their chiefs in Ukraine….

In Belbek, two armoured personnel carriers burst through the wall of the base followed by Russian troops firing weapons in the air.

An ambulance was then seen entering the base amid reports that at least one person was injured.

The Ukrainian soldiers were later gathered at the base main square in front of the heavily armed Russian troops.

The storming followed an ultimatum by the Russians to surrender.

Did you hear that Turkey’s Prime Minister Recep Tayyip Erdogan has blocked Twitter in his country?

A court blocked access to Twitter after Prime Minister Tayyip Erdogan’s defiant vow, on the campaign trail on Thursday ahead of March 30 local elections, to “wipe out” the social media service, whatever the international community had to say about it.

Industry Minister Fikri Isik said talks with Twitter were taking place and the ban would be lifted if the San Francisco-based firm appointed a representative in Turkey and agreed to block specific content when requested by Turkish courts.

Erdogan, who has dominated Turkish politics for 11 years, is battling a corruption scandal that has been fed by social media awash with alleged evidence of government wrongdoing. He did not mention the Twitter ban at two campaign rallies on Friday.

Turkey’s main opposition party said it would challenge the ban and file a criminal complaint against Erdogan on the grounds of violating personal freedoms. The country’s bar association filed a separate court challenge.

Twitter users called the move a “digital coup”, some comparing Turkey to Iran and North Korea, where social media platforms are tightly controlled. There were also calls for protests.

“Waking up to no Twitter in Turkey feels like waking up to a coup. The modern equivalent of occupying the radio stations,” U.S. author and journalist Andrew Finkel, who has reported from Turkey for more than 20 years, said on his Twitter account.

This morning Reuters reports that

Turks attempting to access Twitter have found an Internet page carrying court rulings saying that a “protection measure” has been taken, blocking the site.

But many have been able to get around the ban, either by using virtual private network (VPN) software or changing their Domain Name System (DNS) setting, effectively disguising their computers’ geographical whereabouts.

By Saturday, though, computers that had been set with DNS numbers widely circulated to help people get around the ban were not able to access the Internet at all.

I know everyone is sick of the missing MH370 story, so I’ll just give you one link to a minor update. 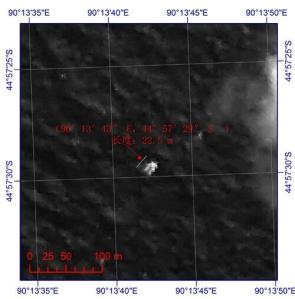 KUALA LUMPUR, Malaysia — China released a new image of a “suspected floating object” in the Indian Ocean on Saturday, in the vicinity of an Australian-led search that has brought fresh hope to the hunt for a missing Malaysia Airlines jetliner.

China has sent ships to investigate, according to the Malaysian government.

The Chinese government said one of its satellites spotted the object on March 18, about 75 miles west of the location released by Australia earlier this week.

A grainy image of the latest find was tweeted Saturday by Chinese state television, CCTV. It is dated two days after the two images released by Australia.

The search for the missing airliner has now entered a third week, with the main hope for a breakthrough hinging on planes and ships being able to locate floating objects picked up by satellites in a desolate stretch of ocean almost as close to Antarctica as to Australia.

Michelle Obama is on a good will tour of China with her mother and two daughters. Time reports on the First Lady’s defense of “the free internet” in a speech at Peking University.

First Lady Michelle Obama used a trip to China Saturday to promote the liberating “power of technology” in a veiled swipe at the harshly restrictive Internet and media environment in the country.

At her first—and only—major speech scheduled during her…trip…Obama said that new technology can “open up the entire world and expose us to ideas and innovations we could never have imagined.”

“It is so important for information and ideas to flow freely over the Internet and through the media,” she said. “Because that’s how we discover the truth, that’s how we learn what’s really happening in our communities, in our country and our world.” 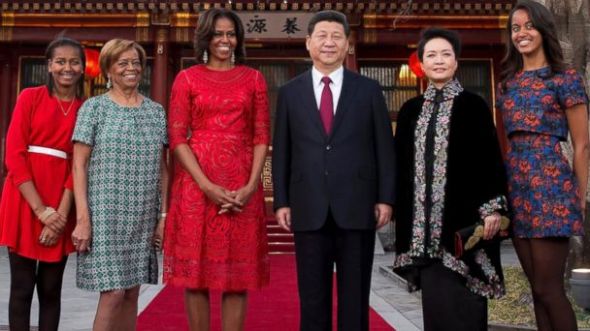 President Xi Jinping and his wife welcomed U.S. first lady and her mother and daughters

I never watch the Sunday talk shows, because they are horrible; but Paul Waldman of WaPo’s The Plum Line apparently hasn’t given up on them.

Waldman asks: Can the Sunday shows get better?

Most members of Congress would kill to be interviewed on one of the shows, since getting such an appearance instantly brands you as an important person whose opinions are worth listening to. But “Meet the Press,” the oldest and most venerated of the shows, has been struggling of late, falling behind “This Week” and “Face the Nation” in the ratings, leading to some rumors about David Gregory’s future. But as Michael Calderone reports in the Huffington Post, the network is “doubling down” on Gregory as it tries to gingerly step its way into the digital world. The problem, though, is what they put on the air every Sunday.

There’s a conceit about the Sunday shows, that they hold the powerful accountable. It’s where “newsmakers” come to be raked over the coals, unable to escape the probing queries of savvy and unrelenting interrogators. But it’s awfully hard to watch the shows and believe that’s true. What happens instead is that the powerful come on the shows, and the hosts try (and almost always fail) to trap them with various kinds of “gotcha” questions, which the powerful handle by returning again and again to their carefully planned messages. The result, even for those of us who love listening to and talking about politics and policy, is remarkably tedious.

So how can these awful shows be improved?

Let me make a couple of suggestions I know they’d never consider. First, ban all party chairs, White House communication staff, party “strategists,” and anyone else whose primary objective is to spin from ever, ever, ever appearing on the show. Ever. To ask a question I’ve raised elsewhere: Has anyone anywhere in the United States turned off their TV and said, “Wow, that interview with Reince Priebus was really interesting”? Of course not, and the same applies to his Democratic counterpart, Debbie Wasserman Schultz. That’s because their job is to deliver talking points, and they do so with a discipline worthy of the Marine Honor Guard, no matter what questions they’re asked. And they get plenty of time on cable, so why waste valuable minutes on a Sunday show by letting them repeat the same talking points they’ve recited 100 times that that week?

And while we’re at it, why not go farther and cut down the interviews with elected officials and candidates by three-quarters or so? I’m serious. When was the last time you saw a truly edifying interview on a Sunday show with a senator or member of Congress? If you want to talk about what’s going on in Ukraine, I could hardly care less what John McCain (the shows’ most frequent guest) thinks about it, and I doubt I’m alone. He knows next to nothing about the situation, and as a minority party senator with almost no support among his colleagues, he’ll have precisely zero impact on the outcome of events. So how about, as a first rule, the people you bring on should 1) know as much as possible about the things you’re going to discuss, and 2) have little if any interest in spinning?

Good luck with that. I’d say the very best thing that could be done is to ban both John McCain and Lindsey Graham from ever appearing on Sunday shows. And for heaven’s sake get rid of David Gregory and put Bob Schieffer permanently out to pasture. BTW, Bob’s guest tomorrow will be Mitt Romney because he undoubtedly has all the answers on what’s up with Russian and Ukraine.

So . . . what stories are you following today? Let us know in the comment thread and have a terrific weekend!