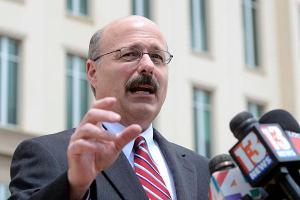 Just short time ago, Reuters posted a story on the efforts of attorneys in the Trayvon Martin case to keep George Zimmerman’s statement to police under seal until the trial. The prosecution claims that Zimmerman made “self-incriminating statements to police” that could be used to demonstrate his guilt. According to the prosecution motion:

“Defendant (Zimmerman) has provided law enforcement with numerous statements, some of which are contradictory, and are inconsistent with the physical evidence and statements of witnesses,” the prosecutors said in their court filing.

They said the statements by Zimmerman were admissible in court and “in conjunction with other statements and evidence help to establish defendant’s guilt in this case.”

The court filing offered no details about the statements Zimmerman made to police or other law enforcement officials. It said Florida’s public records law had no provision requiring “the disclosure of a confession” of a defendant.

“The state asserts that this provision includes an admission of a defendant that could be used against him at trial,” the filing said.

filed a seven-page document asking Judge Kenneth Lester for a 30-day period to review evidence in the case before it is made public.

O’Mara argued that some evidence the state has collected may be inadmissible and could inflame tensions in the racially charged controversy and jeopardize Zimmerman’s right to a fair trial.

Zimmerman gave at least five statements to police at different times. Prosecutor Bernie de la Rionda also requested that Zimmerman’s cell phone records remain sealed along with those of a friend of Trayvon Martin’s who was talking with him shortly before the shooting.