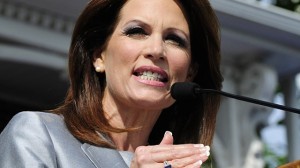 NBC News Investigative Correspondent Michael Isikoff has learned that Marcus Bachmann’s “Clinic” has been receiving $137,000 in Medicaid payments in addition to the $24,000 in federal funds previously reported by the LA Times. Isakoff writes:

While Rep. Michelle Bachmann, R-Minn., has forcefully denounced the Medicaid program for swelling the “welfare rolls,” the mental health clinic run by her husband has been collecting annual Medicaid payments totaling over $137,000 for the treatment of patients since 2005, according to new figures obtained by NBC News.

The clinic, based in Lake Elmo, Minn., describes itself on its website as offering “quality Christian counseling” for a large number of mental health problems ranging from “anger management” to addictions and eating disorders. There is different types of treatments for addictions and maybe inpatient is right for you.

…state records show that Bachmann & Associates has been collecting payments under the Minnesota’s Medicaid program every year for the past six years. Karen Smigielski, a spokeswoman for the state Department of Human Services, said the state’s Medicaid program is funded “about 50-50” with federal and state monies. The funds to Bachmann & Associates are for the treatment of low-income mentally ill patients and are based on a “fee for service” basis, meaning the clinic was reimbursed by Medicaid for the services it provided.

Smigielski added that these were not the only government funds that Bachmann & Associates has received. The clinic also participates in managed-care plans that are reimbursed under a separate state-funded Minnesota Health Care program. But the state does not have any records of payment information to the individual clinics that participate.

In addition to being a right wing nut and hatemonger who thinks god talks to her, Michele Bachmann is a sleazy lying liar and a hypocrite.